Houston teen praised after heroic actions to save woman from assault 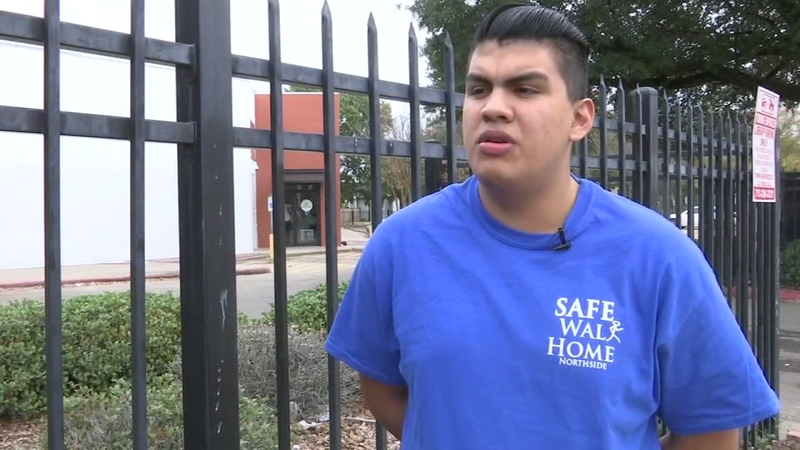 HOUSTON, Texas (KTRK) -- A teen is now an honorary member of a group focused on stopping crime after he took quick action to help defend a woman from senseless violence in the parking lot of a north Houston library.

High school student Luciano Villalobos, 18, was working at the Fiesta Mart grocery store near Quitman and Fulton the day he heard a woman screaming across the street at Carnegie Library.

Villalobos told ABC13 that his fear was not great enough to keep him from helping the woman.

"I know that if he hit her again, he was going to hurt her more," Villalobos said.

He says a man, who has been identified as 45-year-old Leonard E. Jones, had picked up a rock and hit the woman in the face, leaving her with bruises on her nose, chin, and a swollen eye.

Villalobos said he ran towards the woman the moment he saw Jones was getting into her vehicle.

"I yanked him out in a second and put him in a headlock. I told him 'Don't you ever put your hands on a woman.' She's out here working and trying to provide for her kids," he said.

Instead of releasing the suspect, Villalobos said he kept him until police arrived and then returned to work.

Jones was arrested and charged.

Since then, he has been receiving praises from near and far for his heroic action. He is now an honorary member of Safe Walk Home Northside.