Mother of teen shot to death outside birthday party speaks out 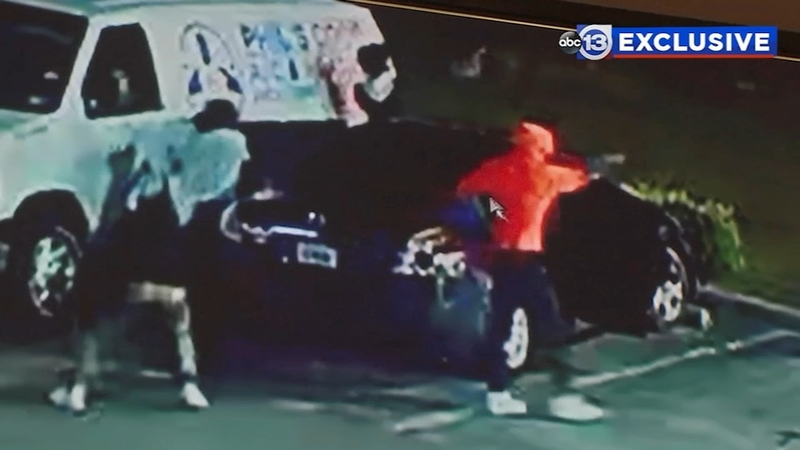 Mother of teen shot to death outside birthday party speaks out

HOUSTON, Texas (KTRK) -- A day after her 17-year-old son was shot and killed outside a birthday party, his devastated mother spoke out.

"That was my baby. My world, I give him the whole world," Desiree Stewart spoke through her tears. "They took something I could never get back."

Her son, Robert "Duke" Lee, was among a group of teens who attended a 16-year-old girl's birthday party on Saturday night.

Gunfire rang out in the parking lot near Highway 288 and South Beltway East at about 11:30p.m after the party.

Out of the four teenagers who were shot, he's the only one who didn't survive.

"These are all his little friends," Stewart said. "They were taking pictures, and they just started shooting."

Stewart met with ABC13, half a dozen of Duke's friends and his two surviving siblings.

Harris County Sheriff detectives say it's clear from the surveillance video and their investigation that multiple teenagers had guns and were shooting at each other.

The motive for the shooting is unclear. Fellow teens say they knew to run when they heard shots being fired.

Duke was close to his 7-year-old sister, Melanie. Numerous Instagram photos show the older brother doting on his little sister. The two talked on the phone Saturday afternoon after Melanie went to the Houston rodeo and before Duke went to the party.

It's a story familiar to Calandrian Kemp, who has worked for years to improve gun safety in Texas.

"(Guns were) always accessible. I don't think it's harder for anybody to get anything," said Kemp.

Kemp and her husband lost their son nine years ago to gun violence. Since then, she's become an activist for gun safety.

Due to recent changes in Texas gun regulations, Kemp says guns have become more accessible for teenagers. Texas does not require training or licenses to own a firearm.

"You can get a gun with no background or anything like that. It just made it a green light to teenagers, 'Oh I can get a gun, and I can get more, and I can pass it out to my friends,' and y'all have guns," Kemp said.

Kemp says she wants to reach out to Duke's mom, and any other mother who may have lost a child to gun violence. Her organization can be reached by email.

Deputies said a verbal altercation in the parking lot led to the shooting outside a 16-year-old's birthday party. The three other teens shot are expected to survive.