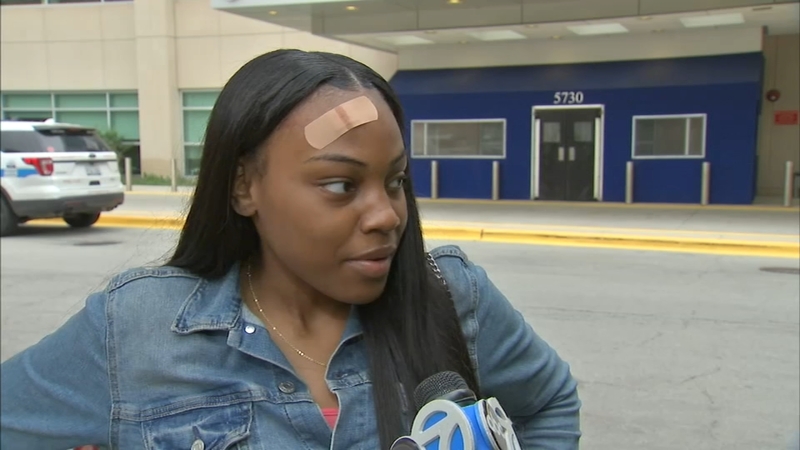 Girl, 16, struck in face with hammer in Gold Coast

CHICAGO, Illinois -- A 36-year-old woman was charged in an attack on a 16-year-old girl in Chicago. Police said the woman hit the teen in the face with a hammer.

Jasmine Ware, 16, said she was just trying to get a bite to eat with her friends Monday night, but she ended up in the hospital after being attacked by a woman wielding a hammer.

Ware said her day started with a shopping trip and ended at the McDonald's located near North State Street and West Chicago Avenue. She and her friends decided to have dinner there around 9 p.m.

Ware said that's when 36-year-old Hannah Walker started fighting with them about their place in line.

"She just got loud, yelling, bumping us, doing all types of stuff," Ware said.

Ware said Walker started yelling incoherently and when things escalated, she saw the woman reach inside her purse.

"She pulled out her hammer," Ware said. "Like a handy-man hammer."

The teen said she stumbled forward a bit and Walker swung the hammer at her head, striking her just inches above her right eye. Ware said she can't remember the moments after.

"I just blanked out a little bit and then I went to the hospital," Ware said.

She spent the night in Comer Children's Hospital, where she received several stitches.

Police said when officers arrived at the scene around 9:15 p.m., Walker had made her way behind the counter and was still holding the hammer.

Officers recovered the weapon and Walker was taken into custody.