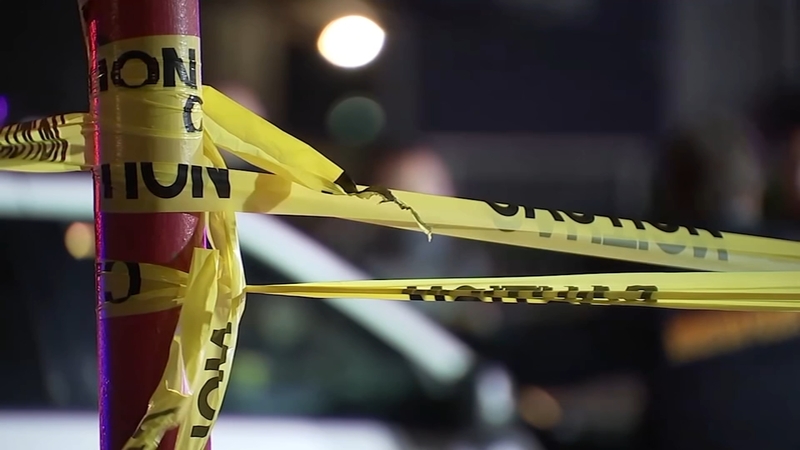 HARRIS COUNTY, Texas (KTRK) -- Ten teens have been killed in Harris County this year, which is higher than the last five years during the same time period. Organizations have found that teens are being pushed to the streets as a result of the pandemic.

On Jan. 9, Vegas Blate, 16, was shot and killed outside a daiquiri shop in southeast Houston around 1:30 a.m.

"To my understanding, he got into a fight with somebody and they shot him," Brandy Blate said.

Three others, including another teen, were shot during that incident near Browncroft and MLK. No one has been arrested in connection with that incident.

Not all are homicide victims. Dozens of teens have been shot this year and survived.

Two teens were among the four men shot outside of Danny's Seafood Market Tuesday evening in Acres Homes.

Houston police said a man with an assault rifle unloaded more than 10 rounds outside the convenience store, striking people standing outside.

"There's shootings all the time at that store," a man very familiar with the neighborhood said. "Last night, a month ago, three or four months ago."

People who live or work in the area of Knox and Little York said they see drugs, prostitution, human trafficking, shootings and stabbings regularly.

Robert Jasper owns So Fresh N So Clean Barbershop at the intersection. He said he has lost clients because of the crime in the area.

"People are scared for their loved ones, and I'm also scared for my customers because they shouldn't be put through that to come try to get a haircut," Jasper said. "I have been here 20 years. I just wish we could just get the city to do something to help us."

Groups that work with teens, like Houston reVision, are finding that the pandemic has generated a lot of violence.

"We are seeing young people with a lot of pain, and it is all exacerbated during COVID-19 because of the isolation," Charles Rotramel, the CEO of Houston reVision, said.

The group pairs 10 to 17-year-olds with mentors and positive activities. They receive referrals from the juvenile probation department, law enforcement and Houston ISD of young people who are in the system or are looking to avoid being part of it.

SEE RELATED STORY: 42 children under age of 12 have been killed in Harris County since 2019

The program is optional, but Rotramel said very rarely do they see someone opt out.

He finds the young people are struggling with success in school and have been suspended or moved to another school. They struggle finding a positive community to be a part of.

Rotramel said when they first start working with a young person, they are typically three years below their grade level in school. He said the pandemic has exacerbated the factors that drive the youth to Houston reVision.

"We've got one home where there are 17 people living in the home," Rotramel said. "Obviously there's not enough food to go around, so that pushes kids out into the street."

On many of their referrals now, the young person indicates they "have no friends."

Houston reVision is looking for mentors to work with the youth. This week, Harris County Commissioners approved a multi-million dollar Youth Justice Community Reinvestment Fund that will go toward investing in community programs. The hope is that it will prevent youth incarceration and crime.

Assata-Nicole Richards, the coordinator for Redefining Youth Justice Coalition, said they are creating a social safety net that will address needs to keep young people and communities safe.