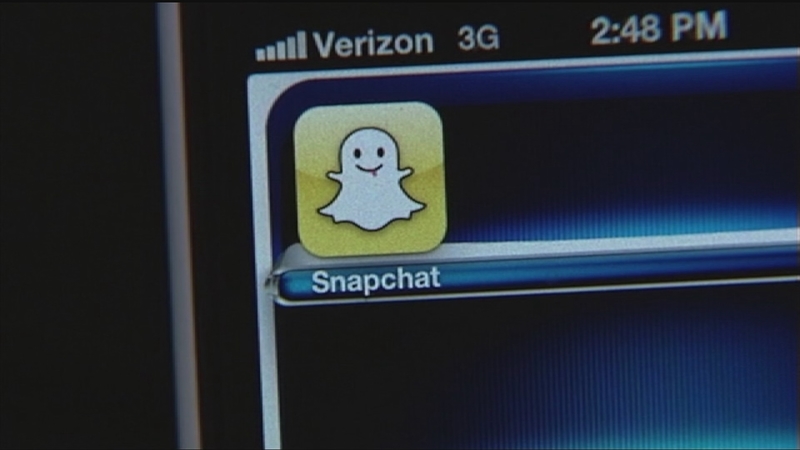 HOUSTON (KTRK) -- What your child does on their cell phone could put them at risk, at school. Here's how Snapchatting turned into school suspension for two young girls.

After an argument at school with other students, two cousins vented about their feeling after school, at home, on the video sharing app, Snapchat.

Freshman Tyonna Jones says, "I thought what they did at school was wrong so I decided to make a video."

Users can only view the video on Snapchat once and it disappears. But, other students recorded the video and showed the school principal at Kipp Sunnyside High School in Southwest Houston. The girls says, they were suspended.

We have only seen two of the three videos made by the girls. In the two videos, no student names or schools are mentioned.

Student Dari'on Blanchard is frustrated by the punishment, "It's not fair because if they're gonna expel one of us they should expel all of us. We all made videos."

But, administrators say, the videos the girls made are considered threatening against a classmate.

Blanchard's mother Sheree Jones wishes the school principal handled the situation differently, "Yes, she did say she made it out of being mad because what was coming back at her. But, when she made the video it was not dictated that she was sending it to the girl's she was in the argument with."

A warning for students from social media expert Ashley Small. She says just because you are online and not at school, doesn't mean you are safe from punishment.

Small warns, "A lot of administrators will go to social media and see what was the originator of the conflict and often times it is starting online."

School administrators say, the girls will return to school Wednesday after their three day suspension is completed.