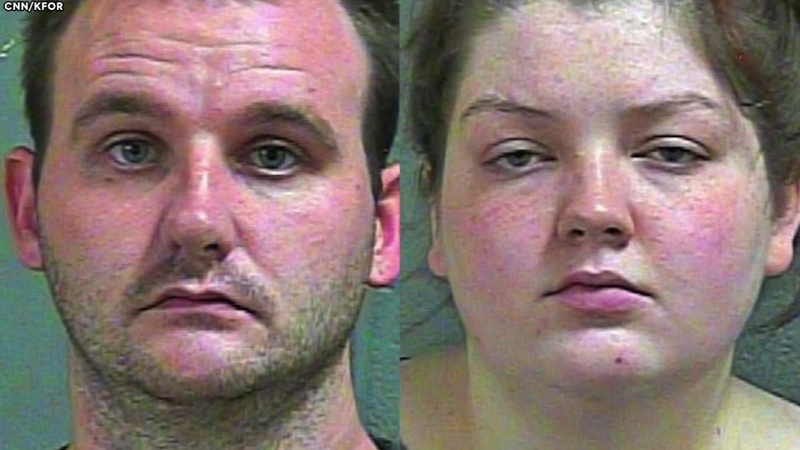 MIDWEST CITY, Oklahoma (KTRK) -- Police say a woman and her boyfriend hid her 9-year-old child in a washing machine when police were called to investigate alleged child abuse.