The stories of passengers detained across the nation 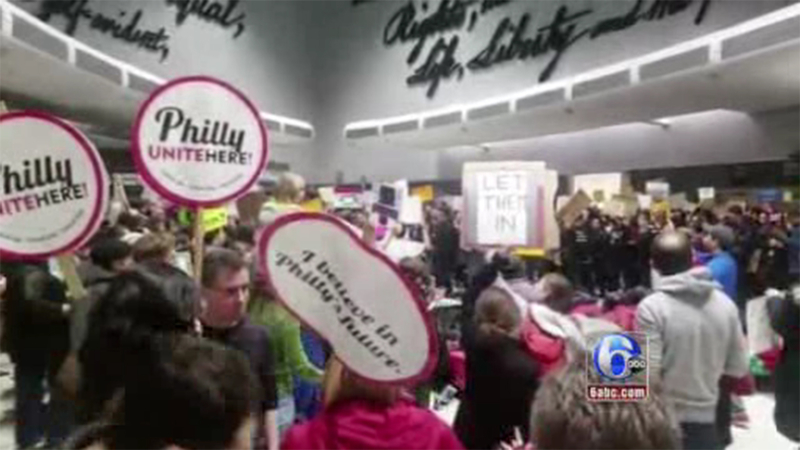 2 Syrian families detained at PHL, then put on flight back home

In the wake of President Donald Trump's executive order limiting immigration from countries with known ties to terrorism, nearly 30 passengers have been detained in four airports across the nation, with hundreds more denied entry across the world.

Here are a few of the stories that have emerged from American airports across the country.

Two Syrian families who landed at Philadelphia International Airport Saturday morning were put on a flight back home.

The Assalis' six family members are on their way back to a war-torn Syria. This after President Donald Trump's executive order on immigration and refugees from six majority-Muslim countries.

The Assali family says they were counting down the days to see their extended family members. Four adults and two children boarded a plane for an 18-hour flight out of Syria. They were set to land early this morning. Upon landing at Philadelphia International Airport, they were detained. Hours later, they were put on a flight back home.

Sarmad Assali says each have Visas that were approved after a long, costly and legal process.

"We have gone through all the proper channels, paid all of these fees. They were supposed to arrive this morning at 7:45. At 8:30, we got a call from the airport authorities saying do not bother to come and pick up your family we are sending them back," said Sarmad Assali.

RELATED: Iraqi detained at JFK was coming to Houston to rejoin family 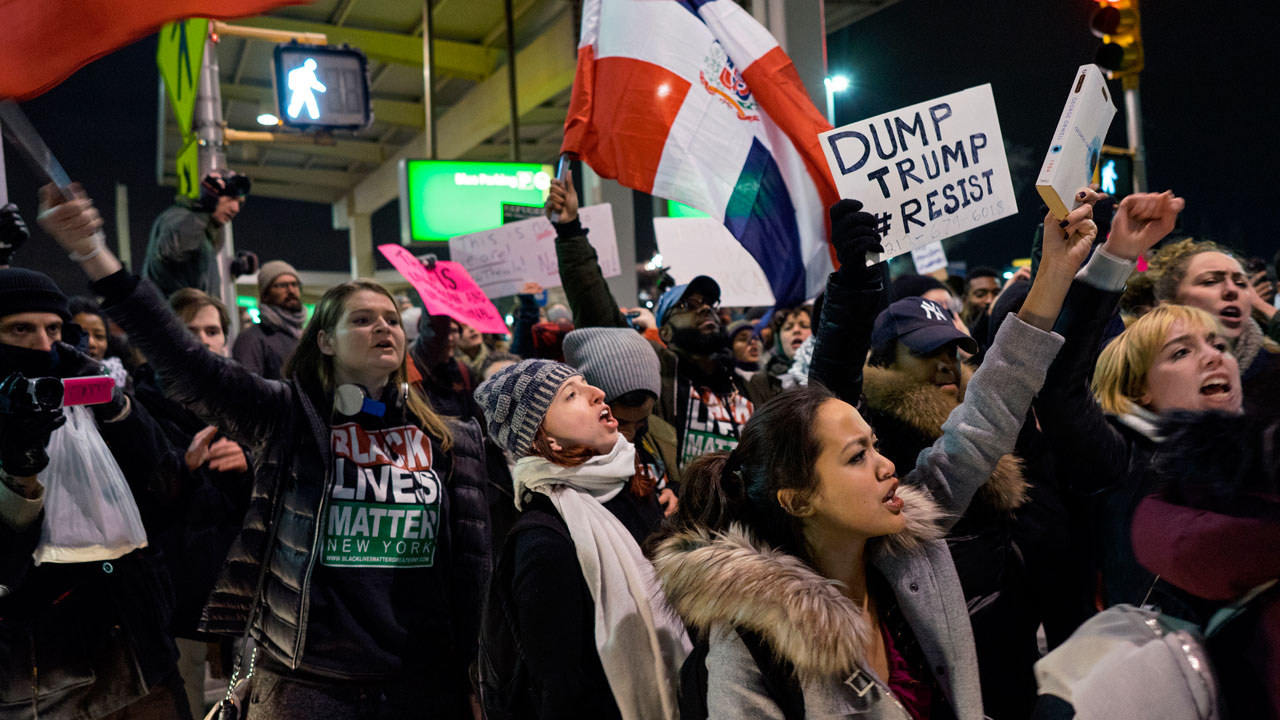 Iraqi man headed home to Houston after detention
A Houston-bound Iraqi man who was being held at New York's John F. Kennedy airport is being released, ABC News has learned.

Sahar Alghnimi flew in from Saudi Arabia to visit her mother who had just undergone cancer surgery.

This was not Alghnimi's first visit to the U.S., but it was the first time she was detained for at least four hours upon her arrival.

Following President Trump's executive orders, Alghnimi is expected to be sent back to Saudia Arabia.

Dallas/Fort Worth International Airport
An official with the Dallas/Fort Worth Chapter of the Council on American-Islamic Relations confirmed that nine people have been detained, but could not provide further details regarding their identities.
Related topics:
philadelphia newsphiladelphia international airport
Copyright © 2022 WPVI-TV. All Rights Reserved.
TOP STORIES
Texas man said it was 'time to kill' election worker, records say
Laundrie claimed responsibility for Petito's death in notebook: FBI
Bundle up! Clear and cold night ahead
Nation's largest abortion protest could be last under Roe
Bodies of 2 men found in apparent murder-suicide, HPD says
2 shot, 1 hit in head during home invasion on Houston's East End
Driver plows into hydrant, leading to NW Houston main break
Show More
Is is too late for the Ike Dike to be built?
Missing woman's cold case solved after car pulled from Brazos River
US confirmed 1st COVID case 2 years ago today
Police looking for 28-year-old in connection with teen's abduction
High school student attacked in his family's driveway in Richmond
More TOP STORIES News