Suspect on the run after dog stabbed to death in Humble 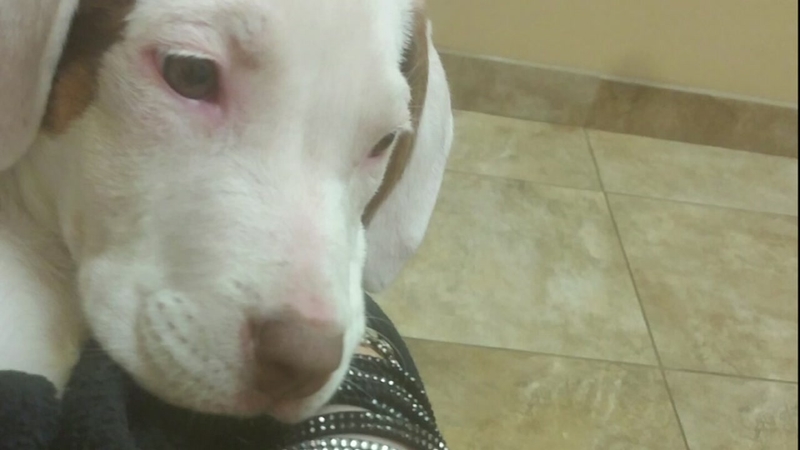 Suspect on the run after dog stabbed to death in Humble

HUMBLE, Texas (KTRK) -- Authorities are looking for a man who they say stabbed a dog repeatedly in Humble.

The dog's injures so severe, its now been euthanized.

"She was this amazing dog," said owner Candace Rosenbaum. "I named her Drama because she has separation anxiety. She don't leave your sight. Right next to you at all times," she said.

Rosenbaum says Ronald Eugene Brooks attacked her dog Dec.7, just hours after she kicked him out of her home in the 1500 block of McDugald Road. She told Eyewitness News she'd let Brooks stay with her for three days but threw him out after she discovered he stole tools from her.

"We told him no! You steal from us. He pulled out his knife and made some threats. He'll get even with me and it was 18 hours later, I guess she did," Rosenbaum said.

Police in Humble are looking for a man who allegedly attacked a puppy with a knife. What might have motivated the attack and how investigators need your help to locate that man, #abc13 @ 5. pic.twitter.com/kRh7cYxGi1

Rosenbaum says the dog had been outside for just a few minutes when she discovered Brooks at her front door with a dazed look on his face. Drama had been stabbed several times.

Ronnie Brooks is on the run. He is charged with animal cruelty and can be sent to prison for up to 10 years if convicted. If you know where investigators can locate him you can call Crimestoppers at (713) 22-TIPS. You could qualify for a reward of up to $5,000.