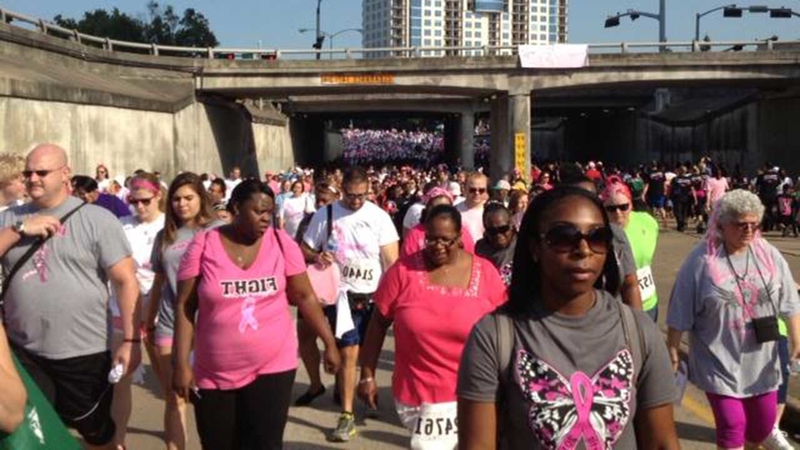 HOUSTON (KTRK) -- Barbara Marcus never thought her Facebook post would have such an impact. Over the weekend this breast cancer survivor became angry when she realized the annual Susan G Komen Race for the Cure will be held on Yom Kippur.

She posted her sentiments on Facebook, and has gotten quite a response. Marcus says she doesn't understand why the organization she supported for so many years wouldn't change the date of this year's race.

"This is such a personal thing," says Marcus. "It affects so many Jewish women. It was started by two Jewish sisters."

The foundation's namesake was Jewish and a Texan. The Houston Komen affiliate says it did try to change the date but there were no good options available. Because the race is so large, it needs to coordinate with City of Houston for permits, and there were no other dates open in October.

Prominent Houston Rabbi David Lyon of Congregation Beth Israel did not easily accept the apology. Over the weekend, he posted an extensive commentary on his blog, saying in part: "Any truly concerned organization would have found a better solution... Had Komen moved their date, the community would have gladly joined them."

Komen says it hopes for forgiveness and to rebuild the relationship.

"We apologize we could not reschedule it. We just hope we can be forgiven for it, and they can see the good we are doing," says Higgins.