Houston's superdelegate could be in center of convention battle 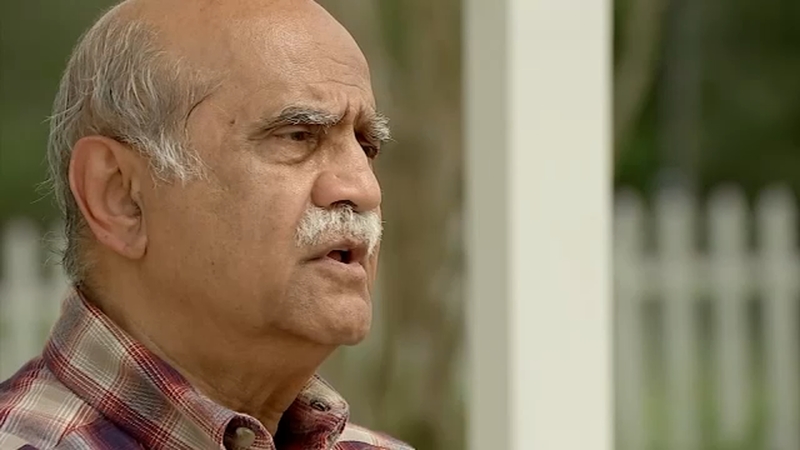 HOUSTON, Texas (KTRK) -- As Texans absorb the results from Super Tuesday's elections, the road to the Democratic nomination may not be any clearer.

Headed into the 14 contests on Tuesday, ABC News partner, FiveThirtyEight, suggested the most-likely outcome of the long Democratic primary process would be no one emerging with a majority of pledged delegates - sending the nomination for President Trump's opponent to a brokered convention.

FiveThirtyEight is waiting for the full Super Tuesday results to update its projection. In the meantime, the in-decision is putting Superdelegates in the spotlight.

If no Democratic candidate gets a majority once all the primaries are over, DNC Automatic Delegates (a Superdelegate's formal name) are thrust into the process, potentially providing the decisive votes at the convention. Regular delegates at the national convention are "pledged." In other words, state primary voters decide who their state delegation will vote for as states are called one-by-one at the convention. At past conventions, DNC Superdelegates were allowed to vote in the first ballot without regard to the primary results. For 2020, the rules changed, and Superdelegates only vote in second (or third, fourth, etc.) ballots if a majority winner isn't declared in the first ballot.

Houston's AJ Durrani is one of them. Durrani, a proud Texas Democrat, was elected to the position in 2016. The summer's convention in Milwaukee will be his first as a "superdelegate."

When we caught up with Durrani on Super Tuesday, Durrani told us he hasn't made up his mind on who he would vote for. He did tell ABC13's Ted Oberg he does not feel compelled to vote for the candidate with the most votes if he or she is short of a majority. So, he will vote for whoever he thinks is best. It's a lot of political pressure, but not many perks. Superdelegates have to pay their own way to the convention, and pay for their own food and drinks.

"When people find out you're an automatic or a superdelegate, what's the one question they ask?" ABC13's Oberg asked Durrani. "'Who are you supporting for president?' And I say, 'Well, I'm looking like everybody else.'"

His assurance doesn't mean that everybody trusts the idea of delegates with more power, especially some Democratic voters who see Democratic leaders coalescing around Joe Biden to defeat Bernie Sanders before turning to Donald Trump.

"I think people think we will get in a dark room in Milwaukee, and then, basically, make up a choice and bring up a candidate who may or may not have run the primaries," Durrani told ABC13. He assured voters, "We will gather in a lighted room, I'm sure. And everybody's vote will be open. They will not be a secret ballot of any kind."
Report a correction or typo
Related topics:
politicshoustonrepublicansprimary electionted oberg investigatesvotingdemocratsjoe bidenu.s. & world2020 presidential election
Copyright © 2021 KTRK-TV. All Rights Reserved.
TED OBERG INVESTIGATES
'Do your job': Murder victim's brother waiting for trial tells courts
13 Investigates: Likely $6 million in COVID-19 vaccine wasted
Pct. 1 undercover deputies cooperating with 'ongoing' FBI probe
13 Investigates: Leaders say crime spike reflects lack of HPD officers
TOP STORIES
EMT inside hijacked Houston FD ambulance hailed as a hero
1 dead, 5 hurt in shooting at N. Houston bar
'Do your job': Murder victim's brother waiting for trial tells courts
SW Houston couple robbed in broad daylight by armed man
Pattern change this weekend brings less rain, more dust and heat
Driver may have been street racing before crash with innocent family
Texas and Oklahoma could move to SEC in weeks, sources say
Show More
Opal Lee, grandmother of Juneteenth, honored in Texas Senate
You'll want to avoid these Houston traffic hotspots this weekend
'Indians' no more: Cleveland finds new name for baseball team
More than 8K unvaccinated Texans have died from COVID since February
Texas begins jailing border crossers on trespassing charges
More TOP STORIES News