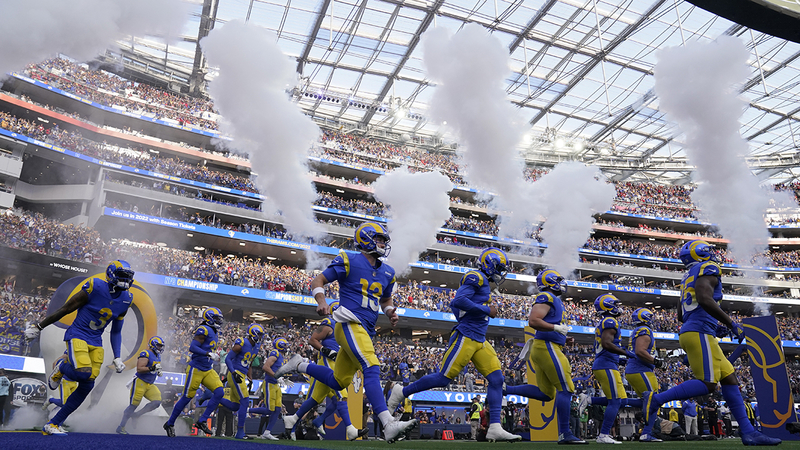 In the months before this NFL season began, the Los Angeles Rams were a serious part of the national conversation about teams that might reach the Super Bowl.

The Cincinnati Bengals, who won only two games two seasons ago and four games last season, definitely were not.

And the nationwide interest in the two teams shows in people's online search habits. An analysis of Google search trends shows that over the last 12 months, the Los Angeles Rams drew more interest from fans in 45 of the 50 states.

Take a look at this map of searches about the two NFL teams dating back to just after last year's Super Bowl. The Bengals drew more interest in Ohio, three of its border states, and in Louisiana, where Cincinnati quarterback Joe Burrow is a legend after leading the LSU Tigers to a college national championship a few years ago.

Beyond that small swath of territory, people coast to coast were more interested in the Rams, from Southern California to Maine.

But the interest changed a little about a month ago as both teams made the playoffs. The Bengals picked up some new interest here and there, but mostly in states that could best be described as the territories of the Tennessee Titans and Kansas City Chiefs, two of the teams they were facing in playoff games during that time.

Meanwhile, the map of online interest shows that the Rams keeping a tight hold on most of the country through the playoff season.

This week, that all changed. The Bengals' surprise arrival at the Super Bowl grabbed more attention across the country, with a rising share of searches in most states and a majority of the searches in every state east of the Mississippi River. The notable exception: Michigan, where Rams quarterback Matthew Stafford was a star for years with the Detroit Lions.

In fact, people went searching for information about the Bengals more than the Rams in 40 of the 50 states. The likely explanation: people are intrigued by the team they knew a lot less about than the more established Rams. The Rams still maintained a solid hold on the interest in the West and in Missouri, where they played before relocating from St. Louis.

But where exactly rooting interests lie this weekend can't be gleaned from internet searches.