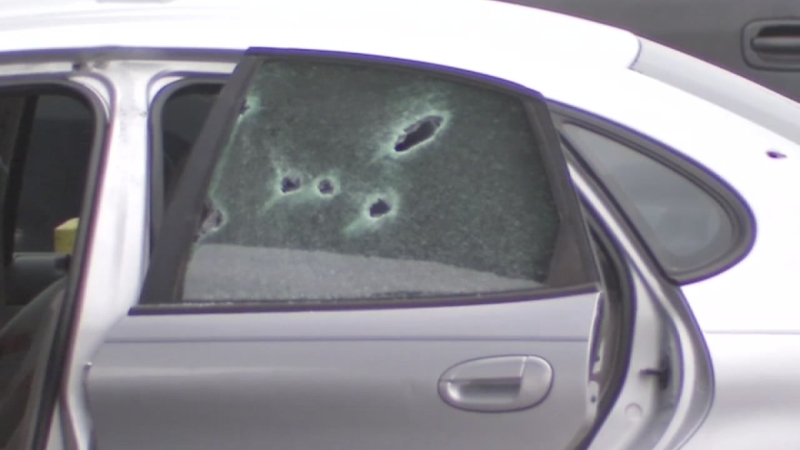 Crime on the rise in Sunnyside

HOUSTON (KTRK) -- More than a decade ago, the Sunnyside neighborhood in southeast Houston was described as one of the most dangerous places in the country.

Now echoes of the past are being heard in this community south of downtown, with four shootings in just three days.

Sunday afternoon, a 30-year-old man identified as Eddie Gadderson was shot to death outside a corner store. Three hours later, a gunman armed with an assault rifle fired into a car parked outside a gas station. The man in the car was hit several times, including a shot to the head. In the panic that followed the shooting, a woman hid by a car, and was run over when the driver raced off to avoid the bullets. Both the shooting victim and the woman remain hospitalized with serious injuries.

Sunday night, and only two miles away, five people were wounded in a drive-by shooting, including an infant who was grazed by a bullet. All survived.

Tuesday morning, an HPD patrol car was hit by gunfire, when it passed by two men who were shooting at each other. No one was injured in that incident.

Suspects in all the shootings remain at large.

Houston police don't yet know if all the shootings are related. It's not believed to be typical gang activity, but may be people who know each other, and not in a good way.

Sandra Massie Hines is known as the "mayor of Sunnyside." While she's lived her life here, she says she's says she's "a little intimidated" by the rash of violence over the past 72 hours.

"I blame the city," she said. "It's a reflection of neglect. There are no businesses, no jobs for people, and this is what you get."

When an elderly woman in the neighborhood was robbed and sexually assaulted in her own home, there was a call for people to reject the "no snitch" position that can mean a crime might never be solved. The same attitude was voiced today by people who believe it can be unhealthy to talk to police.