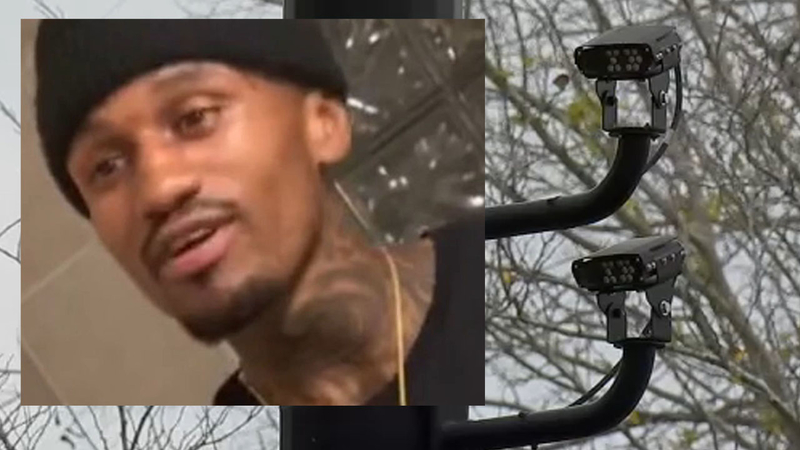 SUGAR LAND, Texas (KTRK) -- The search for a suspect is on after a beloved Sugar Land clerk was killed in cold blood.

Crime Stoppers has increased the reward to $15,000 to find Treveon Young. He and three others are accused of robbing the clerk before police say Young shot and killed him. The only suspect police are still looking for is Young.

Investigators say he has family and/or associates in Houston, Killeen, the Dallas area, Texarkana and Lake Charles.

The clerk, 63-year-old Hamid Lakhani, was killed while working at the W.B. Food Mart on Bellfort Boulevard on August 31.

Police say three people went inside to rob the store, and that's when Lakhani was shot.

"They're heartless. They're cold blooded," said Perveen Lakhani, Hamid Lakhani's wife. "They just don't care whatever happened with his family or him. They just care about the money."

The three suspects and a getaway driver have all been identified in the case.

Police were able to identify the suspects quickly thanks to a license plate reader.

"They literally parked their car within just a matter of feet from the license plate cameras, so, that is how we were able to get a lead on the vehicle that they were driving (and) find out who it belonged to," said Chief Eric Robins with the Sugar Land Police Department.

Right now, Sugar Land has license plate readers in the northern area of the city. The police chief would like to see it expanded to the rest of the city, and there's a study underway to examine doing just that.

"Our goal is to have a virtual perimeter around the city so that anytime someone comes into our city with the thought in mind to commit a crime, hopefully our license plate cameras will catch that plate, catch that data, get descriptions, then we can actually catch those criminals," Robins said.

Now, police just want to get the alleged shooter in custody, and so does Hamid's family. It's been a difficult two and half months for his wife.

"I'm not feeling well. My health is going down," she said.