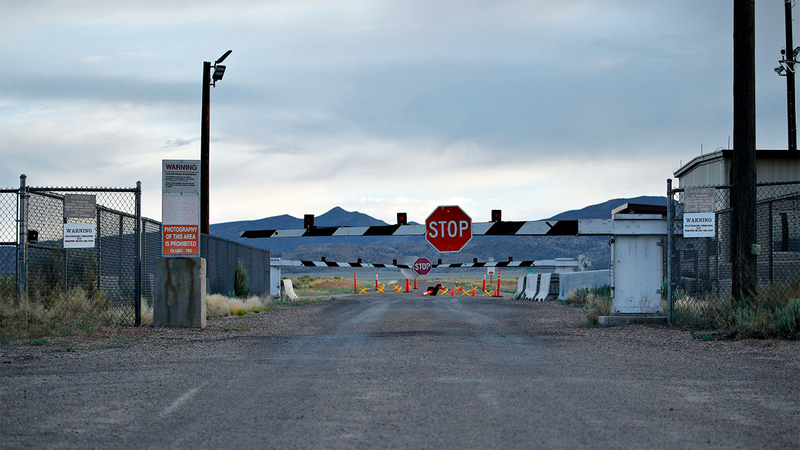 RACHEL, Nevada -- Area 51 is an area so remote that it might as well be another planet. And even if you find the right road to your destination, you'll soon be stopped by signs warning that you won't get any closer.

It's there that millions have promised as part of a viral internet joke to storm the Air Force base with alleged alien ties. But if anybody actually does show up, an alien sighting is the least of their worries.

As AccuWeather notes, Area 51 and the surrounding desert are subject to extreme temperatures, with highs reaching triple digits in the summer and lows dropping into the 20s during the wintertime.

"More people will get bitten by snakes than the Air Force arresting them or the sheriff arresting them, so they've got to really be cognizant and think about what they're doing," Harris told AccuWeather.

Earlier this summer, the Air Force warned people against storming Area 51 after a Facebook event page organizing a meet up at the "Alien Center tourist attraction" went viral.

"The United States Air Force is aware of the Facebook post," Air Force spokesperson Laura McAndrews told ABC News in a statement in July. "The Nevada Test and Training Range is an area where the Air Force tests and trains combat aircraft. As a matter of practice, we do not discuss specific security measures, but any attempt to illegally access military installations or military training areas is dangerous."

Conspiracy theorists believe that the U.S. government has kept UFOs and extraterrestrial life at the location, which is actually an Air Force training range.

As of Tuesday morning, over 2.1 million people said they were "attending" the event, called "Storm Area 51, They Can't Stop All of Us." The event is scheduled for Sept. 20 at 3 a.m. Pacific Daylight Time.

In addition to the Facebook event, two music festivals are planned: one in Rachel, Nevada, and another in downtown Las Vegas.