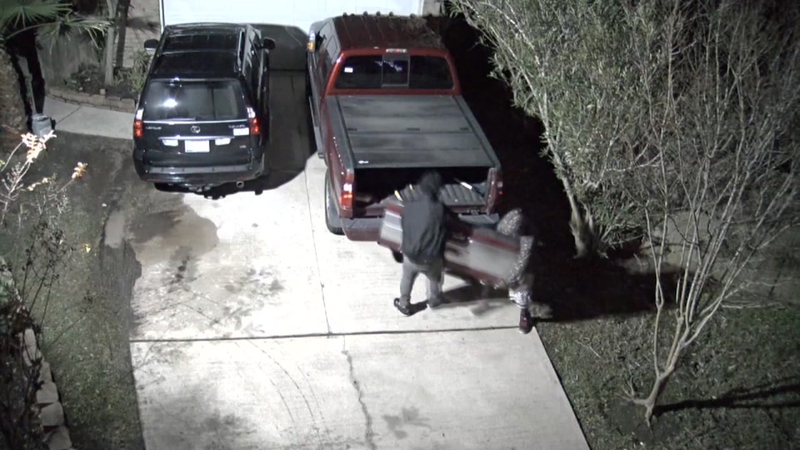 "I was curious what he was trying to do," Cruz recalled.

After stopping in front of his home, Cruz watched as the person lowered his cap.

"At that moment is when I ran back and went into my closet to look for my guns," Cruz recalled.

Cruz said the gun wasn't loaded, and by the time he found ammo, the man was gone. His truck was there, but he discovered his tailgate was missing.

"Initially, believe me, I was raging," Cruz recalled. "I was pretty pissed."

The suspects only needed 14 seconds in order to steal the truck tailgate. Unfortunately, this wasn't the first time.

Cruz said two months ago, in the middle of the night, someone targeted his tailgate.

"We work hard to have our own things, and for somebody else to do these kinds of things, it doesn't feel right," Cruz said.

Deputies haven't made an arrest. They believe the suspect in the most recent theft was driving a Mitsubishi.

The majority of those thefts, officers say, involved a tailgate with a backup camera.

To protect your tailgate, buy a lock, and arm your security system. You don't have to spend money.

Another option is backing the truck closely against your house, garage, or another vehicle. It's advice Cruz plans to take so hopefully he won't watch his $7,000 part vanish again.

Deputies also recommend writing the last four digits of your social security number on the tailgate, so if it is recovered, they can return it.

"He seems that he's doing pretty good business stealing these tailgates, but one of these days, it's going to catch up to him," Cruz said.