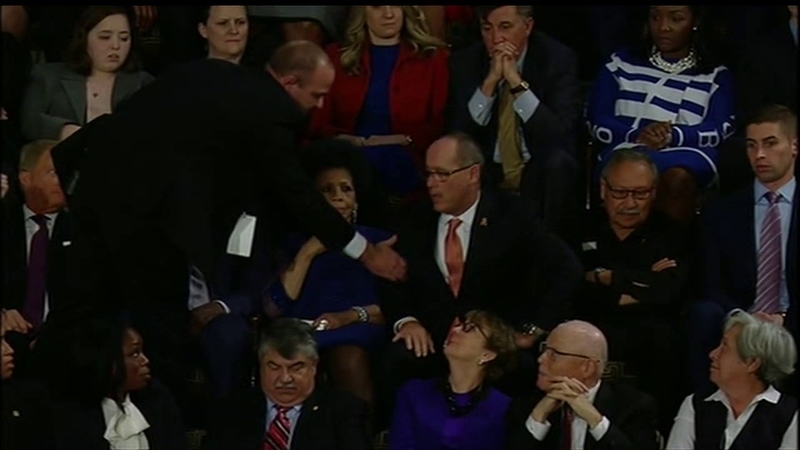 WASHINGTON -- A protester interrupted President Donald Trump's State of the Union speech by shouting at him to do something about gun violence.

A spokesperson for Fred Guttenberg, whose 14-year-old daughter, Jaime, was among 17 people killed in a mass shooting at Marjory Stoneman Douglas High School in 2018, confirmed to ABC News that he was the man who was escorted out.

Guttenberg is a well-known visitor to Capitol Hill advocating for gun violence prevention. He interrupted a section of Trump's speech about support for the Second Amendment, and he was removed from the House visitors' gallery.

Guttenberg was the guest of House Speaker Nancy Pelosi's. He tweeted his thanks to her earlier Tuesday for the invitation and her "commitment" to "dealing with gun violence."

Thank you @SpeakerPelosi for inviting me to be your guest tonight at the State Of The Union. I cannot thank you enough for your commitment to issues important to Americans and to the issue most important to me on dealing with gun violence.

He has since apologized on Twitter for yelling during the State of the Union but maintained that he wanted "to be able to deal with the reality of gun violence and not have to listen to the lies about the (Second Amendment)."

(1,2) Tonight was a rough night. I disrupted the State Of The Union and was detained because I let my emotions get the best of me. I simply want to be able to deal with the reality of gun violence and not have to listen to the lies about the 2A as happened tonight.