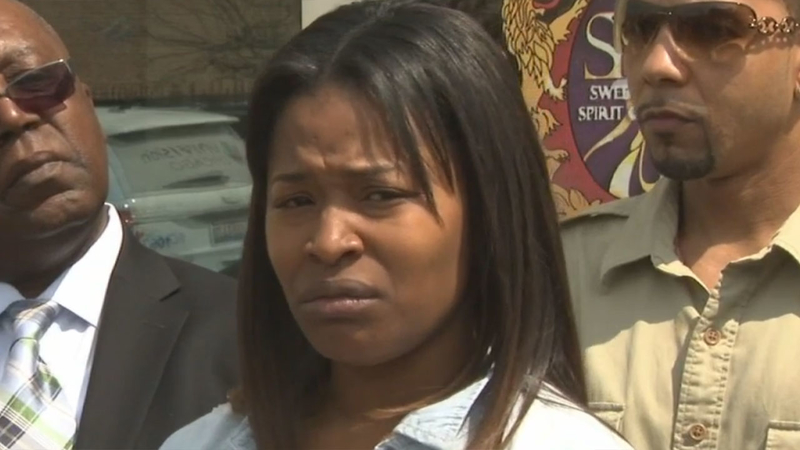 CHICAGO, IL -- Hundreds of people gathered this Mother's Day to honor the woman who took a fake gun from an 11-year-old boy as he walked down a Chicago street as 'Mother of the Year.'

On Mother's Day morning on Chicago's South Side, worshippers rocked the sanctuary of Sweet Holy Spirit Church. A stranger to the church, Stacie Davis sat in the front row taking it all in as guest of honor.

"Sometimes we have to take control of the situation ourselves, and I'm grateful to her," said Pastor

On April 23, Davis approached a child on the streets of south suburban highway. Captured on a video that has quickly gone viral, she takes a very real-looking but ultimately fake gun away from him.

"There wasn't time for a thought process. I saw a child with what seemed to be a gun and I reacted," she says.

Davis is not a mother herself but her motherly instincts, pastors say, may have saved the boy's life - or someone else's.

"One name: Tamir Rice. One location: Cleveland, Ohio. And one outcome: A dead young black boy. This young lady may very well have prevented that from happening," says attorney Travis Richardson.

And so Davis finds herself with a title she didn't expect to have so soon: Mother of the Year.

The people at Sweet Holy Spirit Church felt that on Mother's Day weekend, which has already seen dozens of shootings throughout the city, Davis's actions were particularly deserving of recognition. They