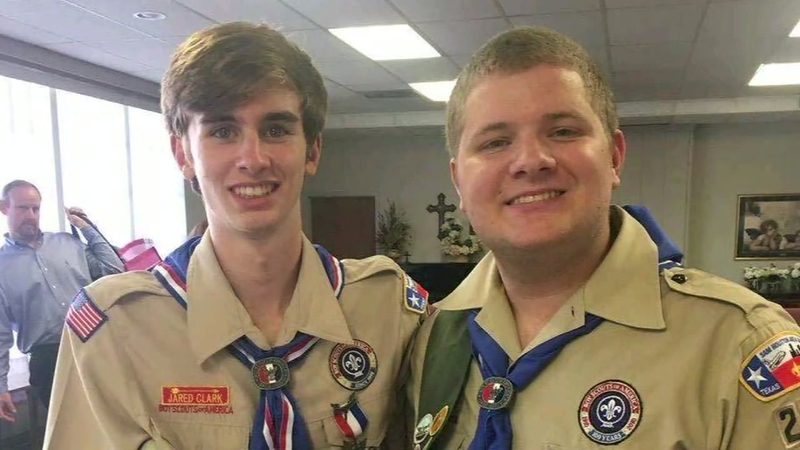 HOUSTON, Texas (KTRK) -- It was love at first sight for David and Lagenia Clark.

"We went out twice, got engaged, and 27 years later, here we are," said David.

It wasn't until their three kids were in elementary and middle school, that they realized something was wrong.

"We had a better chance of winning a multi-million dollar lottery, statistically, than we did of just meeting each other and both having this incredibly rare recessive gene," Lagenia said.

Justin and his sister Lexi were both diagnosed with Giant Axonal Neuropathy, or G.A.N, for short.

That means they were both born without a specific protein that usually connects neurons, so eventually, they won't be able to move their bodies at all.

Patients usually die before the age of 30 and only about 75 people in the world have been diagnosed with the rare disease.

"I must have been 12 or 13," Justin said. "My mind couldn't comprehend it, and it took me a little while for it to set in. I just remember I was in my room, and I was crying for no reason, and I was like, 'Why am I crying?'"

Justin is now a senior at St. Pius X High School. He does all the things typical high schoolers do, like fishing with his friends and dressing up for homecoming.

Justin even became an Eagle Scout, the highest rank achievable with the Boy Scouts of America, but he knows his options are limited.

"My dream had always been to join the military since I was a child," Justin said. "That was taken away from me."

Instead, Jared spends his time competing in triathlons, raising money and awareness for G.A.N.

Now, Justin travels around the country, talking to others about the disease.

"Time is really of the essence, as I'm sure you can imagine," Lagenia said. "Then with it being an ultra rare disease, there aren't companies out there that are just saying, 'Hey, let's help these 75 people.'"

Justin is also starting college in the fall, getting one stop closer to his dream of becoming a historian.