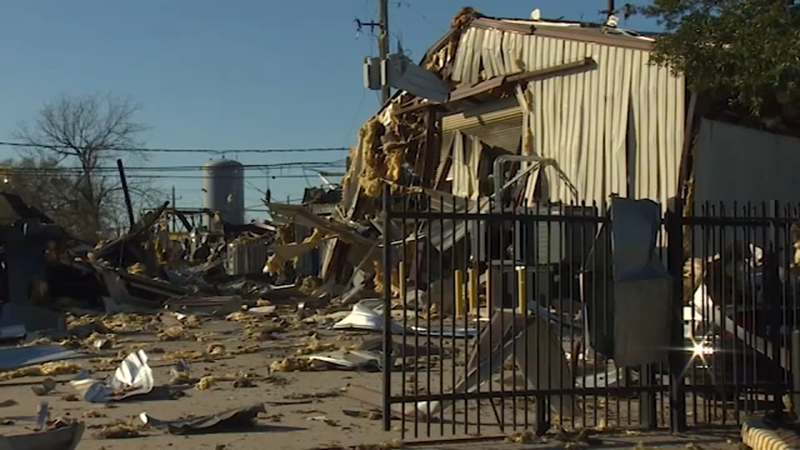 HOUSTON, Texas (KTRK) -- Monday will mark two years since the explosion at Watson Grinding and Manufacturing that killed three people and destroyed hundreds of homes in Spring Branch.

Even after that time, some people are still making repairs. Kenia Morales said she will never forget the moment she heard the explosion early that January morning.

SEE RELATED: What the company at center of deadly Houston blast does

"Every year I remember, 'Oh my gosh...Boom.' It's too much stress," said Morales.

The home she was living in with her husband and three kids was destroyed.

"Everything broken, windows, my kid was crying. (It was) terrible," said Morales.

The family rented an apartment for more than a year and a half and just last month bought a different home in the neighborhood. The home they purchased was also damaged in the explosion. Now, with the help of family and friends, they are working to finish repairing it.

"Nothing you want to look back on, you know?" said Chuma.

Chuma said she was able to salvage some items from her home, but ultimately, it had to be completely rebuilt.

"The glass just came out all over us and everything. I got up and I saw the house was just a total wreck. Destroyed," explained Chuma.

She said though she is grateful insurance helped her rebuild, the process was stressful.

"I kept coming over trying to get the workers to come, show up, do it the right way. It was crazy. Very stressful," said Chuma.

Soon, a bit of happiness came her way.

While her home was being rebuilt, she moved into a nearby apartment with her dog. One day she said she met a nice guy named Gary.

"I, of course, was attracted to her pretty quickly. Like right on the first day I saw her," explained Gary Norrell.

"We go and meet at the dog park. (We) didn't know one another, got to talking, became friends. And here we are, about to get married (Saturday) in this house," said Chuma.

Nearly two years to the date after her home was destroyed, Chuma and Norrell are set to tie the knot in the very same place.

"I think God sent for us to meet like that," said Norrell.

"The crazy thing about it is I said I would never ever get married," explained Chuma.

In this case, the devastation led her down a different path.

"I've never been so excited in my life. I love this girl to pieces," said Norrell.

Chuma lost a lot that day, but ended up gaining something even greater.

"Got my own little family," said Chuma.