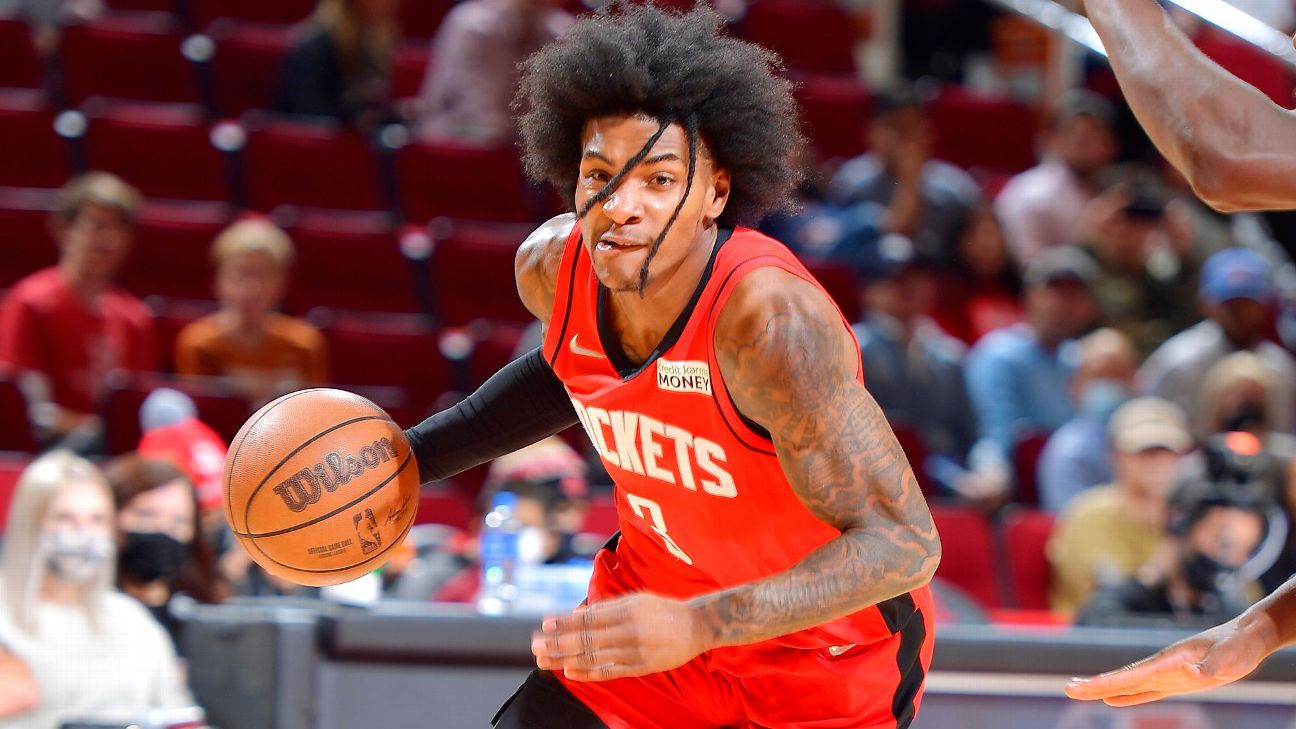 Porter made a 3-pointer with 0.4 seconds left to beat the Wizards 114-111. Consor said: "You've got to give credit. Kevin Porter Jr., like his dad, pulled that trigger right at the right time."


Porter's father reportedly pleaded guilty to manslaughter in the shooting death of a teenager in 1993. Consor said he mistakenly thought Porter was the son of former Washington player Kevin Porter.

"Please allow me to take this opportunity to sincerely apologize to Kevin Porter Jr., his family and the Rockets organization for the comments I made during last night's game," Consor said on social media.

Consor said he has reached out to Porter to apologize personally and hoped to talk to him soon.

NBC Sports Washington added its own message on Twitter.

"Glenn Consor apologized for a comment he made about Kevin Porter, Jr., during last night's coverage of the Wizards-Rockets game,'' the station said. "He conflated Porter's father with a former Washington player. We join in Glenn's apology to Kevin Porter Jr., and his family.''


Consor is a radio analyst for the Wizards who occasionally does TV work. A team spokesman said he would continue in his radio role.

A video of Consor's call was posted on Twitter and was retweeted by LeBron James, who expressed his displeasure.

On Thursday, James expounded on his tweet to reporters, claiming it would be unlikely that Consor would mistaken Porter as the son of the former Washington player.

"We're in a profession where it is your job to do your due diligence," James said. "We got enough people out here that's giving false narratives and false statements. We got enough of that. But in our game, in our integrity, in the NBA, the 30 teams, the beat writers, the players, the coaches, the play-by-play guy, it's our job to make sure we do the best to our ability to speak the facts."
Report a correction or typo
Related topics:
sportsespnhouston rocketswashington wizardsnbakevin porter jr
Copyright © 2022 ESPN Internet Ventures. All rights reserved.
TOP STORIES
'It was like a mad dash:' Clear Creek ISD senior set to graduate
Man dead after being shot during road rage incident, HCSO says
CDC recommends wearing masks indoors, ahead of Memorial Day weekend
Scattered storms move in tonight ahead of front
Murder suspect dead after found unresponsive in cell, sheriff says
Astros fan from Spring celebrates 95th birthday with favorite team
Child hospitalized after found 'unresponsive' at Splashtown
Show More
Runner dies after collapsing at finish line of Brooklyn Half Marathon
Global K-pop sensation Seventeen kicks it in Houston in new tour
'NFTs: Enter the Metaverse' | Trailer
Authorities search ends for man with felony warrant out for his arrest
Early Voting holds off Epicenter to win Preakness Stakes
More TOP STORIES News