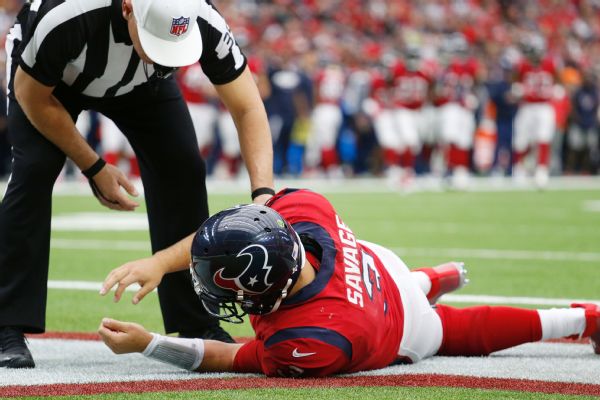 HOUSTON -- The Houston Texans have put quarterback Tom Savage on injured reserve due to a concussion, the team announced Saturday.

Savage sustained the concussion in the Texans' Week 14 loss to the San Francisco 49ers after he took a hit that left him on the ground with his hands twitching.

Savage was allowed to re-enter the game, but one series later he was taken to the locker room and ruled out for the rest of the game.

Head coach Bill O'Brien said Savage was checked immediately after he took the hit but was cleared by the unaffiliated neurotrauma consultant to return to the game. After the following series, Savage was tested again and failed the concussion test.

The NFL and NFL Players Association are looking into the incident in which he was allowed to return to the game.