The unlucky legacy of the 2018 Houston Astros 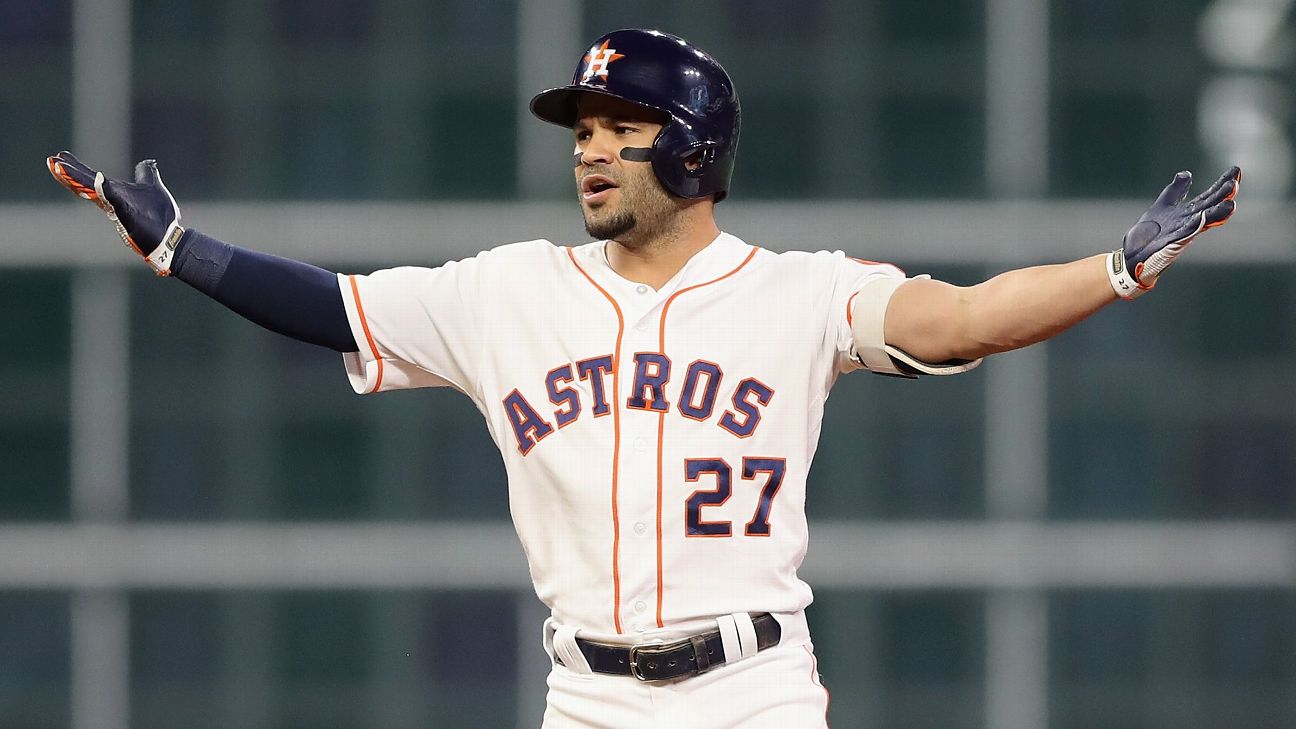 History will remember these Houston Astros as the ones that got unlucky.

Specifically, it will remember the fly ballJose Altuve hit over the wall in Game 4 of the ALCS, the extraordinary leap Boston'sMookie Betts made for it, and the way that after the ball had landed, uncaught, it was declared an out. It will remember the debate that ensued over what constitutes interference, from Joe West's confident ruling on an essentially unknowable call tothe flukily blocked camera that might have otherwise saved Altuve's home run and the Astros' season. The future will have no trouble remembering that all as, from Houston's perspective, bad luck.

Most luck in baseball, though, is not the deus ex machina of Joe West running headlong into a play and flipping it to its opposite. Most luck is incredibly unsatisfying to identify, for both the winning team and the losing team, and because of that we usually refer to it by euphemisms: A team caught a bad break, or a pitcher was fortunate to get away with a pitch. We struggle for the word because we struggle with what we're actually talking about, which is something embedded in almost every baseball play. It's this:

In baseball, the point is to win the World Series and the tactic involved -- the skill involved -- is "avoiding outs" and "getting outs." But we don't declare the World Series winner based on who avoided the most outs (i.e., who got the most hits). That would be one kind of sport -- golf is that kind of sport, and the discus throw, and the 1,500 freestyle, where every stroke, inch or second counts equally toward the final outcome. But baseball is the kind that has added layers upon layers of suspense and variety: Outs avoided make rallies; rallies make runs; runs make wins; wins make standings; standings make postseason series; and postseason series make the World Series winner.

And, indeed, outs themselves are made up of layers and sequences -- strikes and balls, batted balls chased and caught and thrown and tagged. You might even say the point is to win the World Series but the tactics are "throw good strikes" and "hit the ball hard." The layers in between give it all texture.

This is true at virtually every level of play, and it's almost always what we're actually talking about when we talk about luck. A team that vastly underperforms its run differential? It scored more runs than its opponent in the aggregate, but there is no partial credit for a close loss. A pitcher who has allowed an unsustainably low BABIP? He gives up lots of hard contact, but there is no partial credit on a diving catch.

On Thursday, in the third inning, the game scoreless, the series still very much undecided, Justin Verlander got two strikes on J.D. Martinez. He threw a perfect 1-2 slider, right on the outside black, just above the knees. It was a pitch that umpires across baseball call a strike 84 percent of the time, according to ESPN Stats & Information. It was a pitch that, had it been slightly worse --i.e., slightly more hittable -- Martinez probably would have swung at, probably would have whiffed at or hit meekly to the shortstop, or maybe hit for a single. But Martinez took it, umpire Chris Guccione called it a ball, and on the next pitch Verlander threw a hanging curveball -- this one, ironically, probably not in the strike zone -- and Martinez crushed it for what ultimately would be the game-winning, series-winning home run.

This is true of the ball Alex Bregman hit in the bottom of the ninth Wednesday, with two outs and the bases loaded. Statcast says it's a hit 79 percent of the time. You don't have to believe that number specifically to agree Bregman went to the plate trying to do something, did something very close to what he was trying to do, and but for a matter of inches would have won an entire baseball game instead of losing an entire baseball game. The luck isn't whether the diving Andrew Benintendi catches or doesn't catch it; that's the sport. The luck is in how we keep score. Bregman gets nothing.

If you mean "great" in terms of skill -- how well they executed those tactics of avoiding outs and getting outs -- they made it. The website Baseball Prospectus publishes what it calls third-order standings, which estimate what each team's record should be based on their underlying performance of, more or less, avoiding outs and getting outs. The Astros not only had the best third-order record in baseball this year, but they had the eighth best since 1950, truly elite. They had the best ERA+ in baseball this year and the second-best OPS+. They won 103 games -- the fourth most by any team this century -- and the evidence suggests pretty strongly that they actually played even better than that, depending on how you consider the words "played" and "better."

Then they got run over by the Boston Red Sox in the ALCS. But what do we mean by run over? Outhit? Outpitched? On the most basic, tactical level, the Astros outhit the Red Sox this series: They had the better on-base percentage (by 10 points) and the better slugging percentage (by one point). Which, of course, means they also outpitched the Red Sox, on that level. Their pitchers also threw more strikes than the Red Sox pitchers did. Their pitchers also got more swinging strikes than the Red Sox pitchers did. The Astros are so, so good at baseball, and in five games they showed it.

And they got smoked. A lot of good counts get wiped out by a caught line drive, and a lot of hits get wiped out by the third out of the inning. They don't count. By what counts is, the Astros got smoked. They got outscored, and they lost 80 percent of their games, and the world will never get to really discern whether the Astros actually got unlucky or just came up short when it mattered most -- those two explanations, unluckily, looking very similar to each other.

They also arguably ran into the most basic form of bad luck -- a good opponent. They didn't draw the 2014 Orioles in the ALCS, but the 2018 Red Sox, also one of the great teams in history. Benintendi caught that ball. Martinez hit that homer. Betts was in position to make that play. The Red Sox are playing for the World Series, but they're also good enough to be playing for legacy.

So if you mean "great" by skill, yes, the Astros are probably there with the greatest teams in history. If you mean "great" by outcomes, they've still got work to do. Unluckily for the Astros, the former is just something we talk about. The latter is what pretty much all of us -- including you, me, and the Astros themselves -- actually care about. History will remember these Astros as the ones that got unlucky, and lost.

The champions are dethroned ... again
For the 18th consecutive season there won't be a repeat champion, as the Astros fall to the Red Sox in the ALCS.