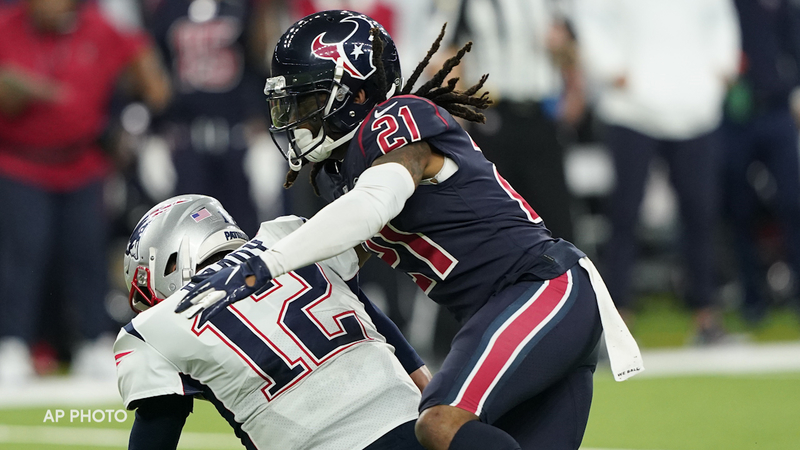 HOUSTON, Texas (KTRK) -- The Houston Texans' victory over the New England Patriots Sunday night was just the second time in franchise history that Houston has defeated them. But the win was significant for one Texans player for another reason.

Cornerback Bradley Roby dedicated the win to his 85-year-old grandfather Cleo, who passed away. Roby attended his funeral one day before the game.

Roby was one of the stars of the game early, picking off Patriots quarterback Tom Brady in the first quarter.

He said that moment held a deeper meaning for him because of his late grandfather.

"He was blind and he never saw me play. You know, maybe he can see me now, and that's what I wanted to do. I wanted to honor him," Roby said of Cleo. "He only saw me when I was 2 years old, and I hold him dear to my heart."

Roby was flagged at one point for taking off his helmet, but he said he just wanted the crowd to really see him and how good he felt.

Sully, President Bush's former service dog, captured hearts after a photo went viral of him lying in front of the late president's casket.