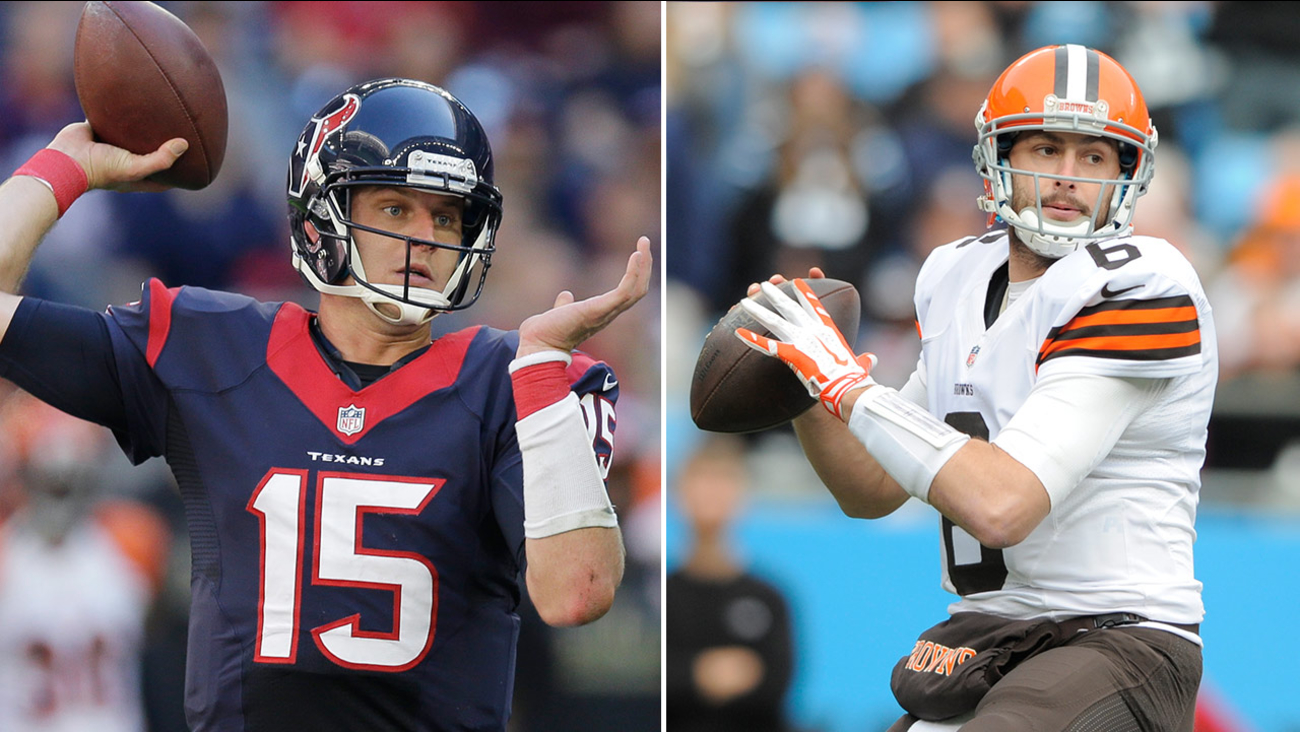 A second reports by NFL insider Ian Rapoport says the Texans are also planning to sign former Cleveland Browns starting quarterback Brian Hoyer. The Michigan State University product started the season as a stable force for the Browns, leading them to a 7-4 record before ultimately being benched in favor of Johnny Manziel. The Browns finished the season 7-9.

The #Texans have agreed to terms with QB Ryan Mallett, source said. So it’ll be Hoyer & Mallett in Houston.

But the deal between Hoyer and Houston isn't set it stone. ESPN's Adam Schedter says while Hoyer is planning on signing with Houston, he will still field an offer from the New York Jets today. If Hoyer went to New York, he'd contend with turnover-prone Geno Smith for the starting job. He'd likely be contending with Mallett for the starting job in Houston.

Still a good chance QB Brian Hoyer winds up in Houston, but his agent still is negotiating with the Jets and NY will be given a chance here.

Both quarterbacks have prior experience with Texans head coach Bill O'Brien. Both served as Tom Brady's backup when O'Brien was coaching with the New England Patriots.

Keep checking back on this page to get real-time updates as this story unfolds. To get alerts for breaking news, download the ABC-13 news app for iPhone or Android. You can also get breaking news alerts sent to you by email.
Related topics:
sportshoustonhouston texans
Copyright © 2021 KTRK-TV. All Rights Reserved.
TOP STORIES
Amber Alert issued for 6-year-old kidnapped in Pearland, police say
Man shot twice by postal worker returns to shooting scene on foot
Man charged in murder of dad of 7 over 'door ding,' sources say
Rain chance increases this weekend, fall front expected next week
2 wanted for carjacking family, threatening 10-year-old, HPD says
Father shot by stray bullet while asleep on his couch
2 separate freeways closures on US-59 happening this weekend
Show More
Man wanted for 9 ATM aggravated robberies in W. Houston
MS-13 leader gets life for murder of 16-year-old witness
Crews searching for Houston woman missing for nearly 2 weeks
Why this Texas Rangers pitcher has some rooting against the Astros
$11 million contract awarded for construction of Abbott's border wall
More TOP STORIES News