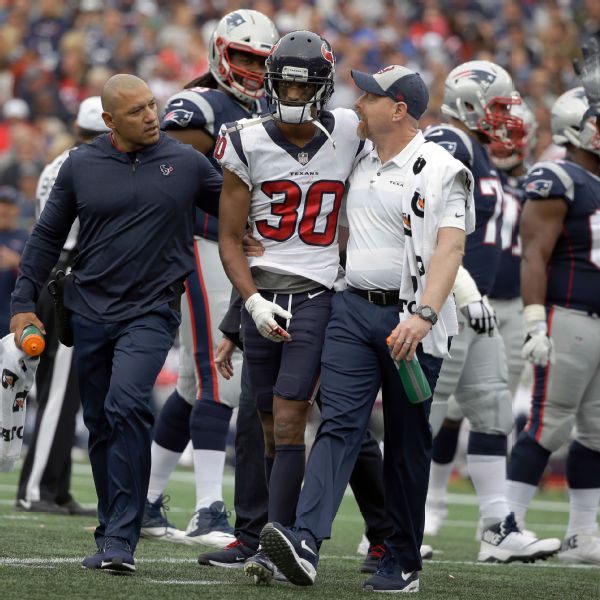 FOXBOROUGH, Mass. -- Houston Texans cornerback Kevin Johnson left Sunday's season opener against the New England Patriots with a concussion and has been ruled out for the rest of the game.

Johnson sustained the concussion after he was hit while trying to make a tackle in the fourth quarter. He was helped off the field and immediately had his helmet taken away by the Texans' training staff.

This is the cornerback's second concussion in less than a month. He also left the Texans' Aug. 18 preseason game against the 49ers with a concussion and did not practice until Wednesday. He was cleared from the protocol on Friday.