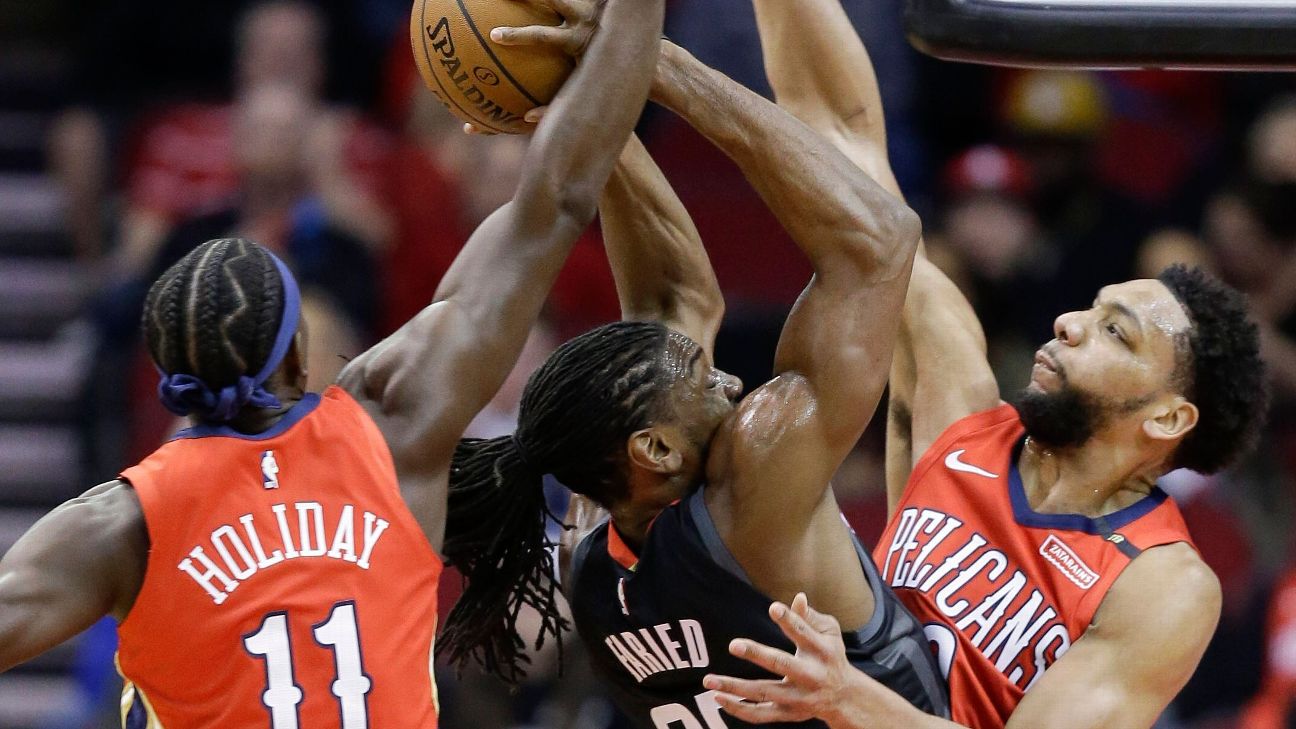 HOUSTON -- The New Orleans Pelicans limped into the Toyota Center on Tuesday missing five of their top six scorers because of injuries and in the middle of a media firestorm a day after news broke of franchise cornerstone Anthony Davis' trade request.

The Pelicans managed to leave with a 121-116 win over the Rockets, a stunning upset considering the circumstances.

The Pelicans rallied from a 15-point deficit by picking apart a sloppy Rockets defense and disrupting the rhythm of Houston star James Harden.

While Harden extended his streak of 30-plus-point outings to 24 games -- a run surpassed by only Wilt Chamberlain-- he had one of his least efficient performances of the season. Harden was 11-of-32 from the floor and 6-of-18 from 3-point range.

Jrue Holiday, the Pelicans' only available regular starter, earned much of the credit for Harden's relative struggles. New Orleans frequently trapped Harden, trying to force the ball out of his hands, but Holiday spearheaded the defensive effort against the reigning MVP. Holiday joked that he channeled "my inner Anthony" with a career-high six blocks, including five on shots by Harden.

"Jrue Holiday is probably one of the best defenders in the league, if not the best," Rockets coach Mike D'Antoni said. "Obviously, he did a heck of a job on him."

Pelicans center Jahlil Okafor, a former No. 3 overall pick who is a reclamation project, continued his impressive production while playing heavy minutes due to injuries to Davis (finger), Nikola Mirotic (calf) and Julius Randle (ankle). Okafor had a team-high 27 points and 12 rebounds in 37 minutes.

The Pelicans also received a surprising boost off the bench from rookie forward Kenrich Williams, whose 16 rebounds against the Rockets exceeded his previous season total.

"The message was just to have fun, play together out there, give it your all and we can live with the outcome," said Okafor, who had his third 20-point night and fourth double-double in the past five games. "We were able to come out with the W."

The Pelicans downplayed the distractions stemming from the situation with Davis, whose agent Rich Paul informed New Orleans management that the perennial All-Star big man would decline a supermax contract extension offer this summer and preferred to be traded.

"We're here to play basketball," said Holiday, who had 19 points, six rebounds and eight assists, in addition to his six blocks. "Everybody here in this locker room got here because of their ability to play. Given the opportunity, given encouragement from coaches and teammates with each other, it's pretty easy to play with these guys."

Davis treated his teammates to a seafood dinner in Houston on Monday night and watched Tuesday's win on the bench in street clothes. He offered pointers to young Pelicans throughout the game and grinned as New Orleans (23-28) wrapped up the victory after holding off a late Rockets rally.

For Houston, it was a bitter way to end January, when Harden averaged 43.6 points and became the first player since Michael Jordan in March 1987 to score 600 points in a month. The Rockets (29-21) bemoaned their lack of energy and attention to detail on defense after allowing the short-handed Pelicans to shoot 51.1 percent from the floor. 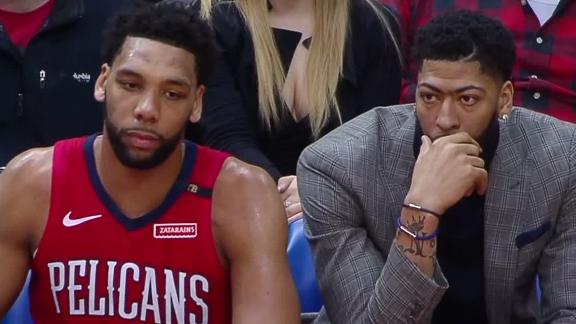 Pelicans not focused on Anthony Davis media frenzy
Jrue Holiday and Jahlil Okafor emphasize that the Pelicans are toning out the Anthony Davis drama and focusing on playing basketball. 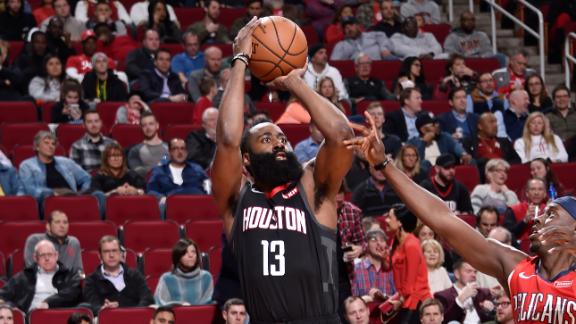 Harden's 30-point streak reaches 24 games
James Harden has his 24th straight game with at least 30 points as the Rockets fall to the Pelicans at home Tuesday night. 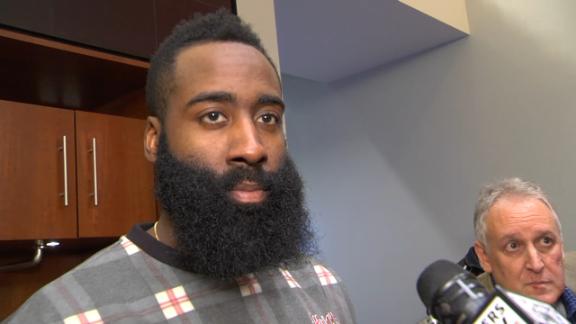