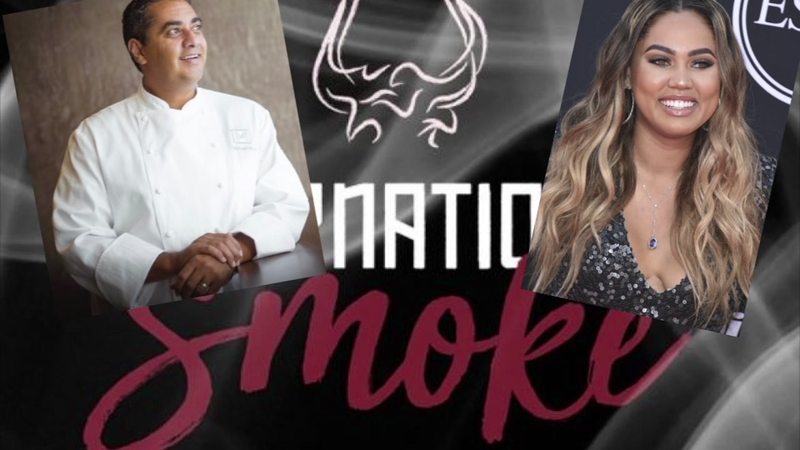 Ayesha Curry's barbecue-inspired restaurant, International Smoke, hasn't opened yet in Houston, but people are already sounding off about it online.

Right now, Curry has a location in the San Francisco Bay Area, with the Houston restaurant set to open this summer. But that's not stopping some folks from leaving negative reviews on Yelp.

Vinit D from Houston wrote, "This is absolutely the worst place to go -- her husband ripped our hearts out and now she has the guts to open up a place here? I would never set foot in this place even if it was the last place on earth."

He added a little extra to the review saying, "P.S. this restaurant is full of snakes."

Another person named Nobody N. wrote, "Because Texan barbecue apparently isn't good enough, so we need San Francisco to tell us how it is done, because the Bay Area is really a bbq Mecca."

"If I wanted to have a terrible time I would just turn on a Warriors game," said another.

The back-and-forth continues between people in California and Houstonians, or at least people who claim to be from here.

It appears some of the people leaving the one-star reviews are Rockets fans, who are still reeling from Houston's season-ending loss to Golden State in Game 7 of the Western Conference Finals.

But not all Houstonians, or Rockets fans for that matter, feel the same way.

One Houstonian noted that the food was "maybe the best bbq I've ever had!!! I'm born and raised in Texas and we are friendly and welcoming people. Glad to have ya'll!"

That sounds more like the southern hospitality people who head to Houston might be more used to hearing about.