Oscar De La Hoya says he has decided against a comeback 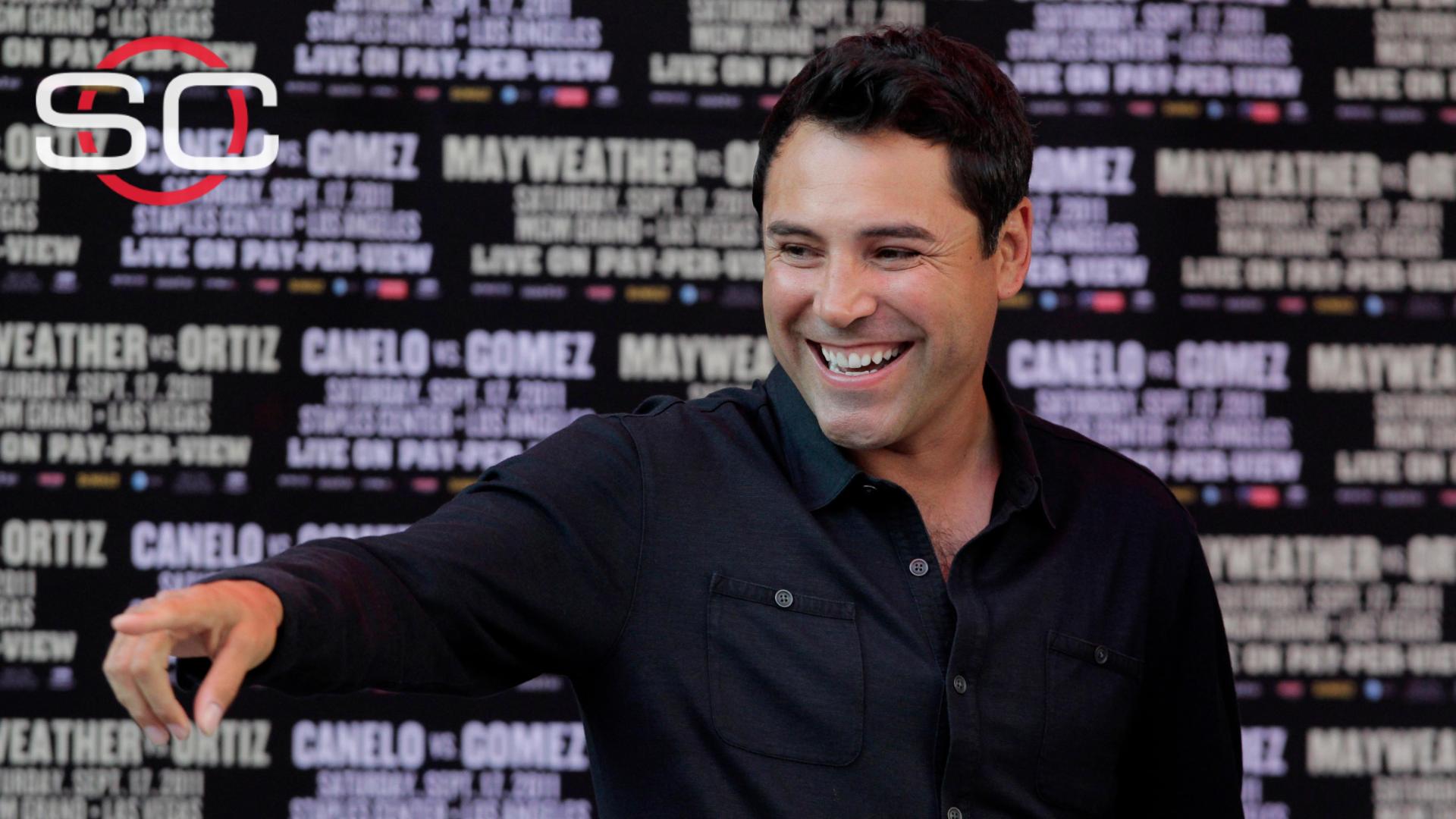 After Oscar De La Hoya told ESPN.com last week that he was strongly considering a comeback after nearly seven years in retirement -- terming the chances "50-50" -- the Golden Boy said Monday he will not return to the ring.

"Over the last six months I've had a front row seat as Golden Boy [Promotions] fighters including Canelo Alvarez, Bernard Hopkins, Lucas Matthysse, Jorge Linares and David Lemieux have stepped into the ring and shown what boxing should be all about -- a commitment to fight the best, to respect the sport and to put the fans first," De La Hoya said in a statement. "As a professional athlete and someone who has spent almost his entire life in boxing, not a day goes by when I don't think about coming back -- and the performances of these Golden Boy fighters has only added to my desire to return to the ring.

"But I am retired, and after speaking to my family and following a great deal of introspection, I have decided to stay retired. However, I do so with knowledge that many fighters today still pride themselves on the same principles that I adhered to throughout my career. It is now through boxers like those I mentioned and dozens of other Golden Boy Promotions fighters that those values live on."

De La Hoya said he received a lot of encouragement from fans since he spoke about a possible comeback and he appreciated it.

"To the many thousands of fans who over the last couple of weeks encouraged me to come out of retirement and fight again, I thank you," De La Hoya said. "You can rest assured that I will spend the rest of my days around this wonderful sport, even though those days won't be spent inside the ropes."

The 42-year-old De La Hoya, the most popular fighter of his era and one of the most accomplished, was elected to the International Boxing Hall of Fame on the first ballot and inducted last summer. As president of Golden Boy Promotions, the company he founded while still an active fighter, De La Hoya has remained around the sport since his retirement and professed to have the itch to return to fight again because "I miss the competition of fighting the very best."

De La Hoya (39-6, 30 KOs) said last week if he did box again he would return as a junior middleweight and would need four months of training to be ready to fight. He said he wanted to face either fearsome middleweight titleholder Gennady Golovkin, one of boxing's most devastating knockout artists, or have a rematch with pound-for-pound king Floyd Mayweather, who won a split decision against De La Hoya in a 2007 junior middleweight championship fight that was, at the time, the best-selling pay-per-view fight in history and the most lucrative bout in the history of the sport.

After getting shellacked in an eighth-round knockout loss to Manny Pacquiao in a December 2008 welterweight fight, De La Hoya, who won 10 world titles in a then-record six weight classes, announced his retirement in early 2009, finishing his career having lost four of his final seven bouts.

De La Hoya, an admitted alcoholic and drug addict, said one of the reasons he felt he could make a comeback was because he is sober and feeling great mentally as well as physically as the various injuries he had during his career were all healed, including problems with his rotator cuffs, hands and back.

He also said he was training, including doing regular eight-mile runs, jumping rope, hitting the speed bag and hitting the heavy bag for 12 rounds.

De La Hoya told ESPN.com on Monday that he even sparred 10 rounds with a young fighter -- he said he did not know his name -- on Saturday morning and did well.

After the sparring session, De La Hoya said he went home to have "the talk" with his wife, Millie, and their children about whether he should pursue the comeback. He said the plans ended with that conversation.

"My wife was all for it," De La Hoya told ESPN.com. "But my kids didn't want to see old Papa get hurt." 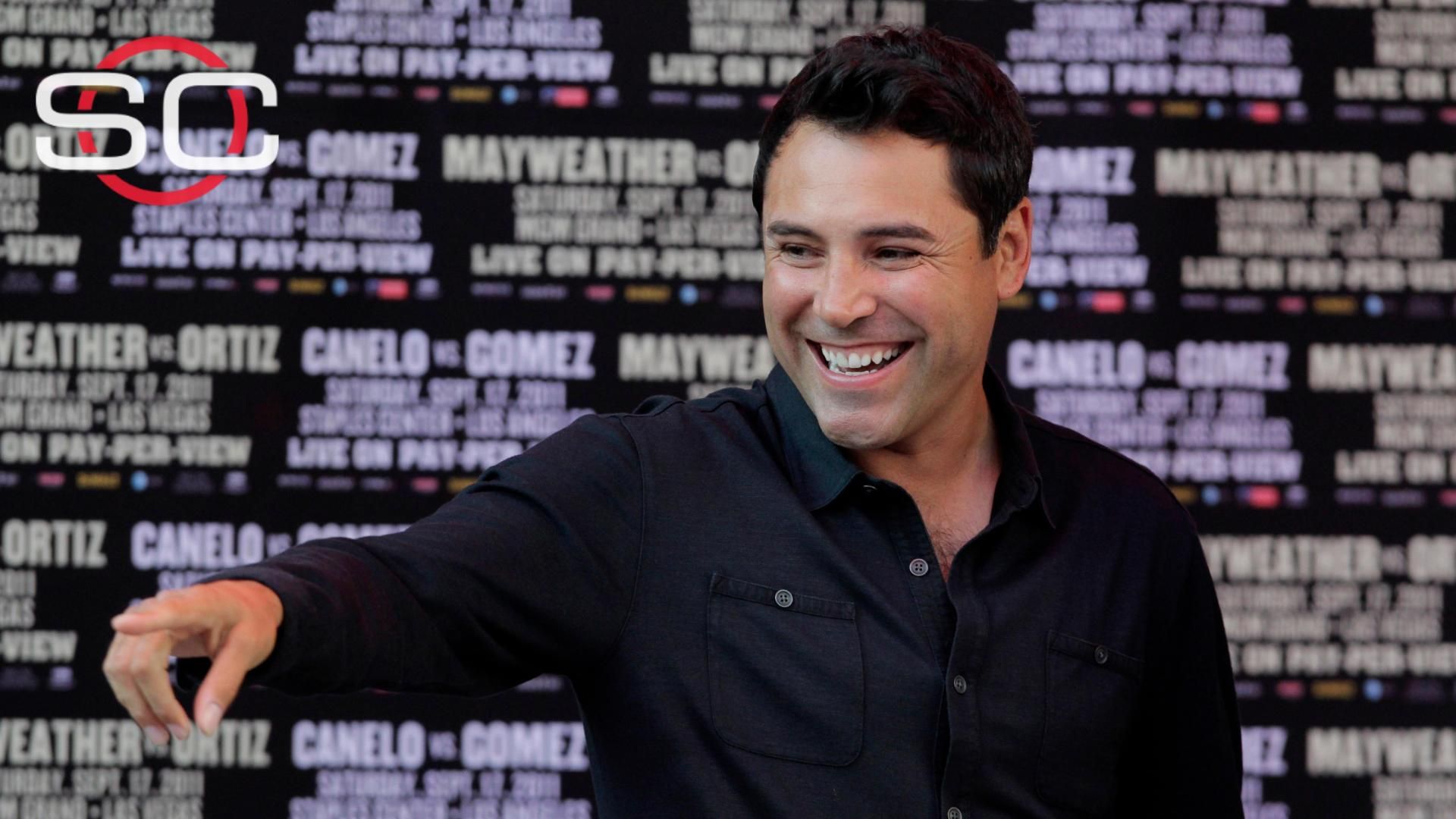