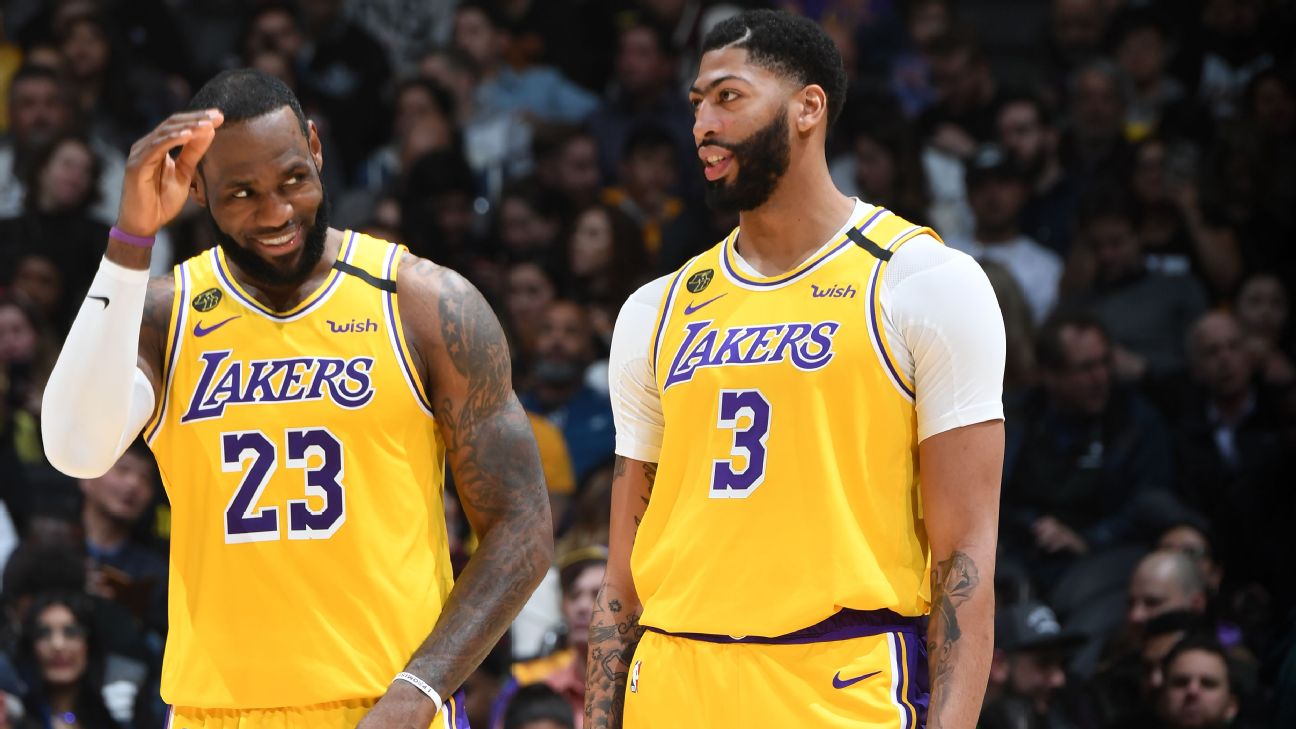 The two leading vote-getters from the Eastern and Western Conferences went back and forth in selecting which players would be on their respective teams. James, who was wearing a black sweatshirt with two hearts on it -- a yellow one with Kobe Bryant's numbers, 8 and 24, written in purple inside it, and a white one with Kobe's daughter Gianna's No. 2 written in black -- went first and took Los Angeles Lakers teammate Anthony Davis for the second consecutive year.

Before the draft, TNT's Charles Barkley reminded Antetokounmpo that he had chided James for tampering the year before when taking Davis first, when the star big man was still a member of the New Orleans Pelicans. James, with a smile, responded, "Listen, those guys [the Bucks] are 80 and 0 right now. We don't need them to get another guy on their team."

After Davis, the two captains went back and forth, with Antetokounmpo -- who spent the whole draft consulting a notebook he had spent time compiling predraft notes in -- taking Joel Embiid, Pascal Siakam, Kemba Walker and Trae Young, while James selected Kawhi Leonard, Luka Doncic and James Harden. So each ended up choosing his conference's starters for the Feb. 16 game in Chicago.

When Antetokounmpo was trying to choose among Harden, Walker and Young, Barkley chimed in, "You don't want the dribbler?" in reference to Harden. Antetokounmpo smiled and said, "I want someone who is going to pass."

Antetokounmpo had the first pick of the reserves round and with it took Khris Middleton, his Bucks teammate, while James selected Portland Trail Blazers star Damian Lillard. For the rest of the reserves, Antetokounmpo took, in order,Bam Adebayo, Rudy Gobert, Jimmy Butler, Kyle Lowry, Brandon Ingram and Donovan Mitchell.

Unlike last year, when James and Antetokounmpo made a trade, this time around both men said they were happy with their rosters and didn't bring up the idea of a swap.

"At the end of the day, you cannot go wrong," Antetokounmpo said. "They're all great players, all great guys, and hopefully we can all have fun this weekend."

Before the draft, James and Antetokounmpo announced the Chicago-based charities their respective teams will be supporting in the All-Star Game, with James choosing to support Chicago Scholars and Antetokounmpo picking After School Matters.

The NBA also announced major changes to this year's All-Star format, turning every quarter into a mini-game for charity before an untimed final quarter with a target score that will decide the winner. Scores will be reset at the start of the second and third quarters then restored to begin the fourth quarter.

The team that wins the All-Star Game will be the first to reach a target score, determined by the total points the team in the lead scored in the first three quarters combined plus 24, in a nod to the jersey Bryant wore for the final decade of his NBA career. 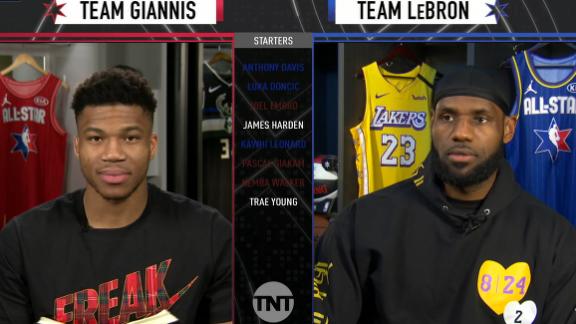