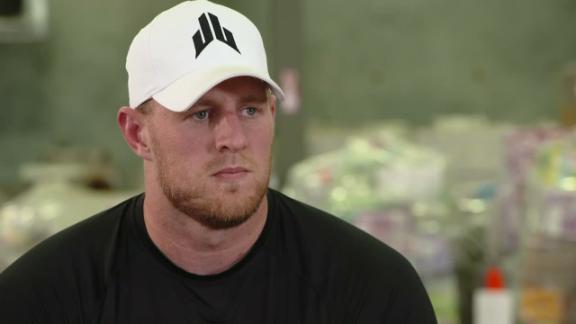 And he did it without touching any of the $18 million (and counting) donated to his Houston Flood Relief Fund.

The trucks were filled with provisions to help area residents whose houses were flooded, including bottled water, clothing, food, buckets, cleaning supplies and more. On the way to one of the locations, the trucks passed sidewalks littered with items that had to be removed from houses because of the flood.

"One of the most important things about today is not a single dollar has been spent yet. All 10 semitrucks were donated," Watt said. "All 10 trucks are filled with goods that were donated. These are all volunteers. So we haven't even spent a single cent yet and we're already going out and making a big impact."

At the Christian Tabernacle Church in Houston, the line for cars to pick up supplies stretched far around the block. Most people didn't know the Texans would be there, so when they got to the front of the line, their faces lit up. In between loading the supplies into cars and trucks, players took photos and signed autographs. Wide receiver DeAndre Hopkins had wide eyes as a group of volunteers told him about how they drove their boat to rescue people from their houses during the worst of the storm.

Wide receiver Braxton Miller drew a crowd, and he said he was happy to take selfies with fans and sign as many autographs as he could if it put a smile on the faces of those affected by the storm.

Watt made a point to say that Sunday's efforts were just Phase 1 of his plans to help Houston residents.

"I'm taking my time. I'm going to make sure I do this thing right, because this is a long-term project," he said. "The biggest thing everybody keeps telling me is, 'Take your time, make sure you do it right.'"

Watt also said he hopes this weekend's season opener can provide a small distraction for the city during this trying time.

"Football is secondary in this conversation,'' he said. "This is so much bigger than football. But during this season, if, for three hours every Sunday we can take people's minds off of what's happening and put a smile on their face, we're going to do that, and we're going to play as hard as we possibly can to make these people proud.'' 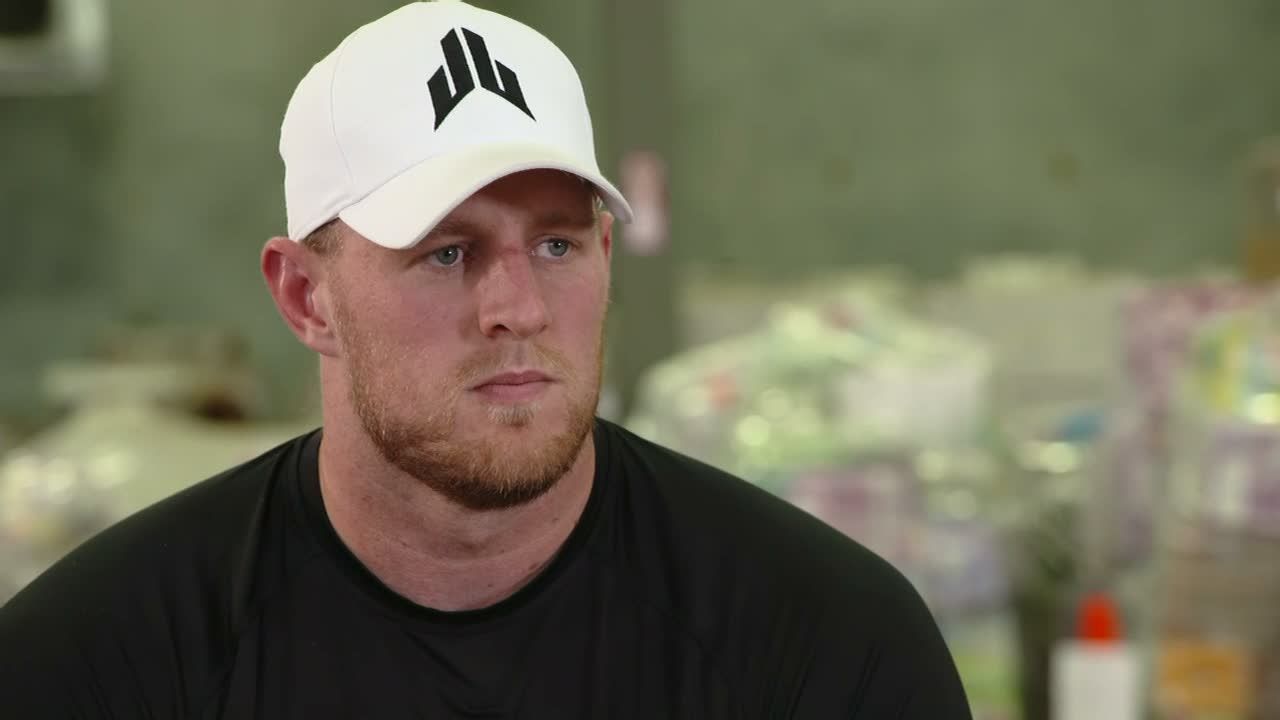