James Harden says healthy Rockets can compete with anyone 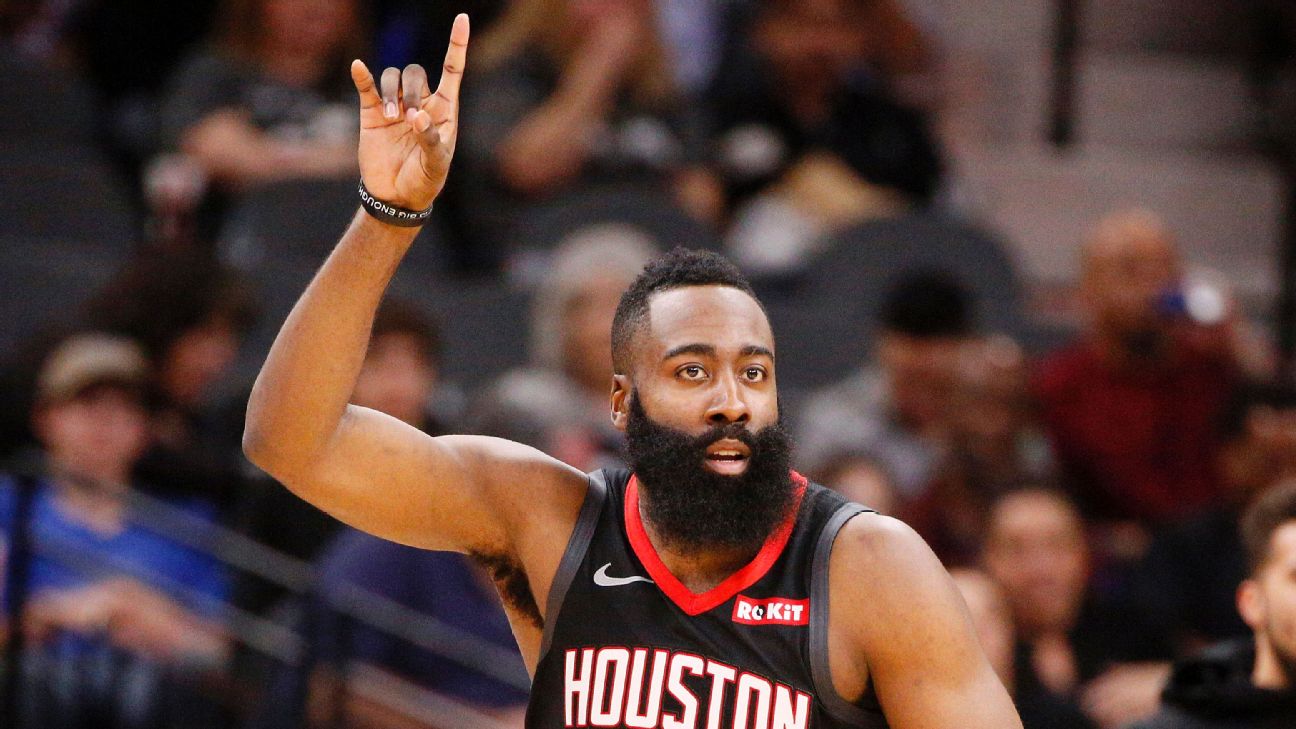 SAN ANTONIO -- The Houston Rockets, who are a game under .500, firmly believe that they're still an elite team when healthy.

The Rockets snapped a four-game losing streak with a 136-105 rout of the reeling San Antonio Spurs on Friday, when point guard Chris Paul returned after missing the previous three games due to a hamstring injury.

"We know -- we're a very confident group -- that when we have all of our players and we have a healthy roster that we can compete with anybody in the league," said James Harden, who had 23 points, 7 rebounds and 10 assists in the win and got to rest the entire fourth quarter. "When you're shorthanded and you're playing six guys, it makes it tough on any team. Hopefully, we can continue to stay healthy and ride this wave."

Houston (10-11) is winless in the five games that Paul has missed due to injury and suspension this season. They lost two of the three games reigning MVP Harden missed due to a hamstring strain. The Rockets are 9-4 when both Harden and Paul play.

The Rockets were 44-5 when Harden and Paul both played last season, when Houston had an NBA-high 65 wins. Houston was also 11-4 in the playoffs with its pair of superstar playmakers, building a 3-2 lead over the Golden State Warriors in the Western Conference finals before Paul had to sit out the rest of the series due to a strained hamstring.

The Rockets still consider themselves that caliber of team despite the early-season struggles.

"The main reason is I feel like every game we've got the two best players," Houston coach Mike D'Antoni said, referring to Harden and Paul.

The Rockets will get another rotation player back for Saturday's home game against the Chicago Bulls with backup center Nene available to make his season debut after recovering from a calf strain.

Point guard Brandon Knight, who could eventually contribute off the Rockets bench, took a significant step Friday in his comeback from knee surgery by playing for the G League Rio Grande Valley Vipers. Knight, who had 16 points and five assists in 22 minutes, is expected to play several G League games before making his Rockets debut.

Center Clint Capela and power forwardPJ Tuckerare the only Rockets who have played in every game this season.

"I think we can be the best when we have everybody and whenever we're locked in on defense like we were tonight," said Capela, who had 27 points, 12 rebounds and 4 blocks against the Spurs. "The challenge is to reproduce that tomorrow night and the games after with everybody healthy."

Harden: Healthy Rockets 'can compete with anybody'
James Harden says a healthy roster boosts the Rockets' confidence and Chris Paul says Houston pushed the tempo in a win vs. the Spurs.