James Harden after 30-point streak ends at 32 games: 'It was cool' 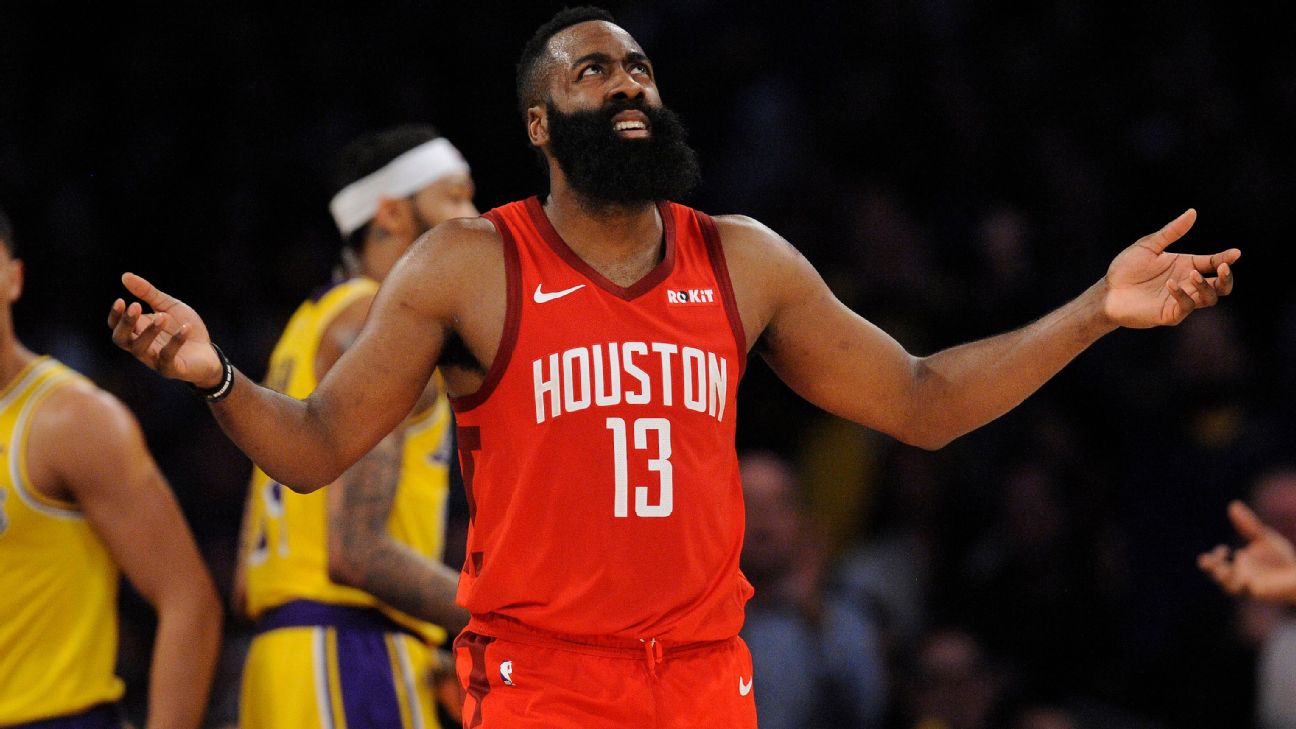 ESPN
By Michael Wright
HOUSTON -- Rocketsguard James Harden saw his streak of scoring at least 30 points in a game come to an end at 32 outings on Monday, when he finished with 28 points in his team's 119-111 victory over the Atlanta Hawks.

Harden's 32-game run of performances of 30 points or more marked the second-longest such streak in NBA history behind Wilt Chamberlain's 65-game tear from 1961 to '62. But the reigning MVP wasn't disappointed by the streak coming to an end after the Rockets captured their second consecutive victory to move to 35-25.

Harden returned to action against the Hawks after missing Saturday's win over Golden State with a neck injury.

The guard said the matchup against Atlanta marked the first time that he was able to move his neck, but he didn't use the injury as an excuse for his 7-of-21 shooting performance, in which he missed all 10 of his 3-point attempts.

"It's been a few days, and so it actually felt good to go out there and just move it and run around," Harden said. "I haven't really done any working out or any movement. I've been in bed, really."

The win over the Hawks marked the fourth time that Harden has finished 0-for-10 or worse from 3-point range, which is the most such games in NBA history and twice as many as that of any other player (Stephen Curry twice, Antoine Walker twice).

Harden reached 28 points on a driving floater with 23.3 seconds left to play, and it appeared that he might pull off a feat similar to what he did against the Dallas Mavericks on Feb. 11, when he knocked down a 3-pointer in the final minute to keep his streak alive.

Harden took possession of the ball with 10.6 seconds remaining with a raucous crowd at the Toyota Center screaming for him to score. He sped up the court, and it appeared that he would try to put up one last shot. But as Harden crossed midcourt, he picked up the ball and let the final seconds tick off the clock to preserve the win.

Rockets coach Mike D'Antoni was asked whether Harden's decision to not hoist up another shot in the waning moments showed class, and the coach laughed.

"You guys probably would've killed him on Twitter, right?" D'Antoni said, laughing. "It was self-preservation. That was smart. I don't know about having class. That was smart."

With all the attention focused on Harden's streak of 30-point games, Atlanta rookie Trae Young racked up 36 points, shooting 8-of-12 from 3-point range to become the first rookie to outscore the Rockets guard since Karl-Anthony Towns on March 18, 2016. Towns produced 32 points to Harden's 29 in that outing, and rookies have matched up against Harden on 157 occasions since. Young was the seventh rookie to outscore Harden in a game since he joined the Rockets.

"I don't care. We won," Harden said. "Made shots, missed shots, we won the game. That streak was great, but I was just doing it because that's what we had to do in order to keep our heads above water. Now, we get our full roster back. You look at the stat line, and we had multiple guys in double figures [six players], which is great to see. Hopefully, we can keep that up."

Harden last came up short of 30 points in a Dec. 11 win over Portland, in which he scored 29. During the streak, Harden scored 50 points on four occasions, including a career-high 61 in a win at the Knicks on Jan. 23.

Harden's 28 points against the Hawks tied for his fifth-fewest total in a win this season.

"He's not going to stop," forward P.J. Tucker said. "Just because he didn't score 30 [tonight], he's still going to score a lot of points next game and the game after that. So, [we] got the win. That's all." 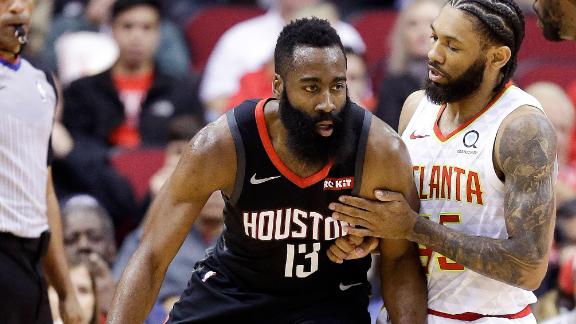