Grading the NFL's return: What we saw in the Chiefs' win over the Texans 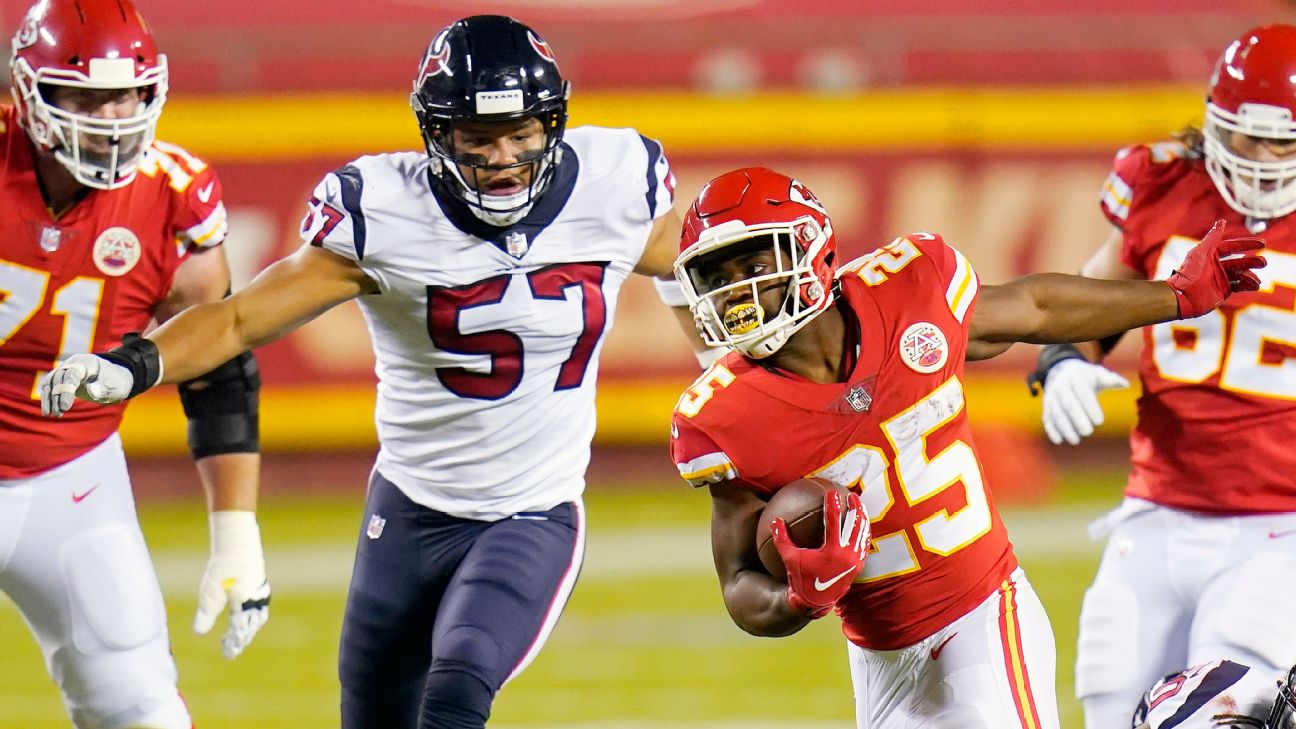 Let's not undersell this: The Kansas City Chiefs' 34-20 victory Thursday night over the Houston Texans is one of the greatest accomplishments in NFL history.

Just as its own executives (improbably) predicted in March, the league opened its 2020 season on time -- even with some fans at Arrowhead Stadium -- amid the worst global pandemic in 100 years. The game was competitive, at least for a half, and the quality of play was better than anyone could have expected following the cancellation of the preseason and a modified training camp format.

Admit it. You went into your fantasy draft thinking you were the only one who was on Edwards-Helaire, a multitalented running back whom the Chiefs made their first-round draft pick.

The only surprise Thursday night was that the Chiefs employed him mostly as a runner and targeted him only two times in the passing game. Behind some strong blocking from new guard Kelechi Osemele, Edwards-Helaire ran for 138 yards and a touchdown. Here's a statistic you probably didn't know existed: He reached 100 rushing yards in his first game quicker than any rookie in the past 13 seasons. Edwards-Helaire crossed that threshold in 34 minutes of game time, according to ESPN Stats & Information research, the fastest in a debut since Matt Forte in 2008.

It was always going to be a tough road for the Texans in this game. But here's some free advice: When playing against Patrick Mahomes and Andy Reid, you better not waste any possessions.

Texans coach Bill O'Brien opted to punt twice from near midfield during the competitive portion of this game, once on fourth-and-4 and once on fourth-and-9. I realize neither situation is easy to convert, but the risk takes on more relevance when you realize what the Chiefs are likely to do when you give the ball back to them. On the first occasion, Kansas City launched a 91-yard touchdown drive. On the second, it ran nearly five minutes off the clock in the third quarter. Go for it.

Dolphins upstage the pregame: A

NFL players' push for social justice wasn't overshadowed by an actual game. Two hours before kickoff, players and coaches from the Miami Dolphins released a searing video that upbraided the NFL for launching a "publicity parade" without, in their view, taking enough action. The Dolphins said they would retreat to the locker room during pregame performances this season of "The Star Spangled Banner" and "Lift Every Voice And Sing" rather than get pulled into a debate about kneeling or standing. More than anything, the video made clear there remains a wide gap between the league and many players on this issue.

The NFL, frankly, helped make the Dolphins' point by announcing a branding campaign called "It Takes All of Us." The league said the slogan "leverages the scale and power of the league to unite the country during a critical time in our nation." More action, fewer words.

Before kickoff, the Chiefs and Texans stood together on the field for a moment of unity. Incredibly, an audible portion of the 15,895 fans at Arrowhead Stadium felt compelled to boo.

Could they really have objected to the most modest of social demonstrations? Had it just been too long since they could boo someone? Did they have a problem with opponents locking arms for a moment? It was a depressing, awful look.

Yes, Blakeman's crew got two touchdown calls wrong in the first half. Both were called back in replay. But overall, the crew kept the game moving with crisp decisions and a minimum of flags.


Remember, the first time the referees gathered together this year was Thursday afternoon on the way to the stadium. The NFL canceled referees' usual trips to training camp, as well as the preseason, and reconfigured crews based on geography to minimize flights. They wore masks throughout the game, and, if you looked closely, you could see several using new electronic whistles. Given those circumstances, it could have been much, much worse.

Evidence of the pandemic was everywhere, from coaches and officials wearing masks to the first seven rows of the stands tarped off to ensure social distancing. But some protocols might have some leeway.

The NFL, for instance, prohibits opposing teams from having postgame interactions within six feet of one another. That has effectively ended the practice of swapping jerseys before heading to the locker room. But it appears that brief handshakes are allowed; the NBC postgame feed showed multiple players shaking hands and hugging.

The NFL's COVID-19 protocols require all coaches to wear a face covering. Most have worn traditional masks in training camps, as did O'Brien during Thursday night's game.

Chiefs coach Andy Reid? He chose a plastic shield that was a meme even before kickoff. The plastic got, shall we say, a little fogged up with Reid's breathing. You wanted to reach through the television screen and hand the poor guy a pair of windshield wipers. We'll see if Reid makes the necessary sartorial adjustments for Week 2. 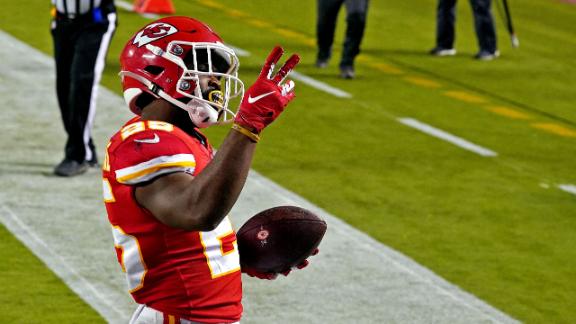