Giannis and other African players to watch in Orlando's NBA Bubble 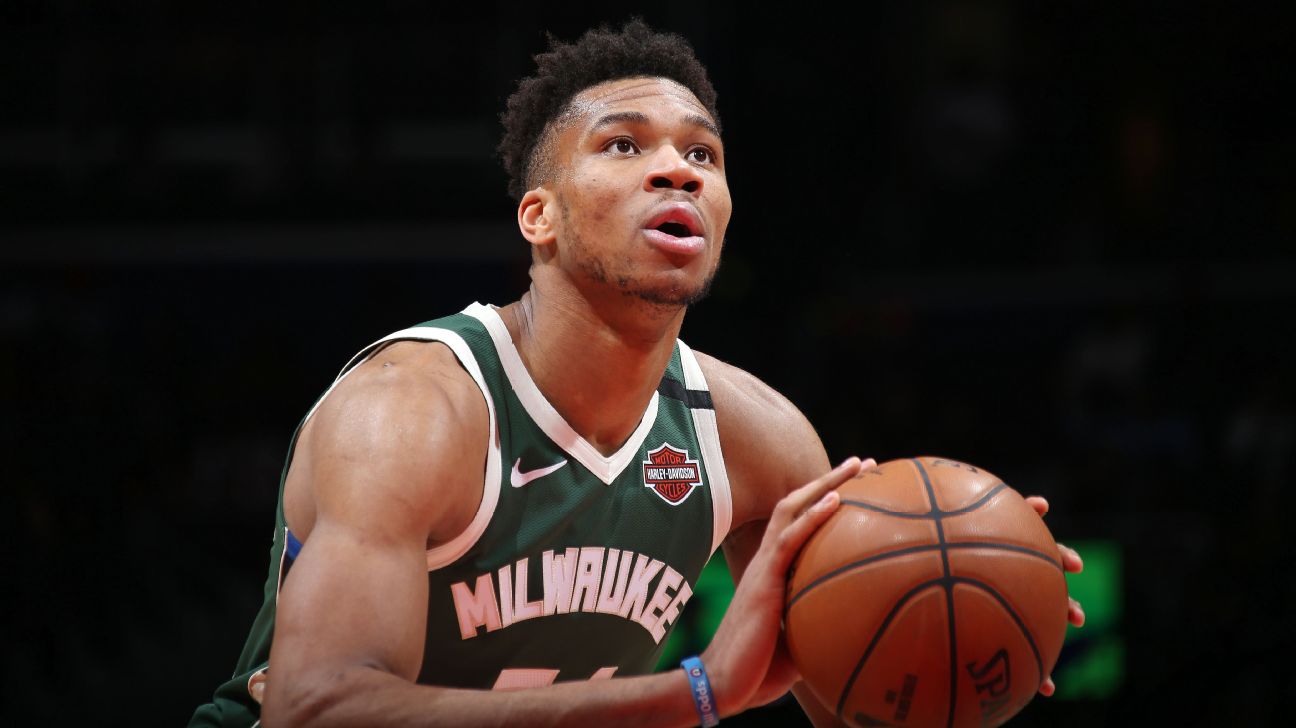 While the food in the NBA Bubble in Orlando has drawn a lot of attention, it's the basketball people are craving after more than three months without hoops.

Just as it has for every other sport, the coronavirus pandemic has significantly altered the dynamics of the NBA season, which is set to restart on July 30 if everything goes to plan.


Suspended in March with Lebron James's Lakers primed for a Championship run, the idea of a "bubble" appears to have turned things in its head.

The Lakers remain one of the favourites, even without Rajon Rondo due to a broken thumb, but there are a number of other teams who have been helped by nearly four months off, with injured players returning to fitness.

As far as Africa's interest goes, some big names will be missing. Victor Oladipo, despite returning from injury, has declined to participate, while Spencer Dinwiddie tested positive for coronavirus and others, like Al-Farouq Aminu, are still out with injury.

Yet, there's a significant number of players of African origin to keep a close eye on in Florida.

The image of Antetokounmpo stomping off the floor and straight to the locker room after the Bucks' 100-94 playoff elimination last season by the Toronto Raptors may have faded somewhat, but it is hard to imagine that it's not a driving force for both his team this season.

Prior to the break, Milwaukee were sweeping their way through the Eastern Conference, notching up a 53-12 record to lead not just the division comfortably, but all of the NBA.

That was accomplished, in large part, by the contributions of current league MVP.

This despite missing the last two games with a joint capsule sprain in his left knee.

It is no surprise the Bucks are highly favoured to reach the Championship playoffs and to possibly go on to win it ahead of the Lakers.

Giannis, without a doubt, will be not only the top attraction but -- if he stays healthy within the bubble -- one likely to propel the Bucks' to their first NBA Final in 46 years

Cameroon's Siakam is in just his fourth season in the NBA, but is already widely acknowledged as one of the best players to come from the continent.

In his first NBA Finals game, Siakam erupted for 32 points on 14-of-17 shooting as the Raptors' 118-109 win set the scene for what was to be an historic Finals victory for the franchise.

This season, there has been some doubt about the defending champions' ability to retain their title, but it is in the face of such doubt, and via the explosiveness of Siakam, that Toronto seem to flourish.

They have thrived this season despite a rash of injuries taking players out of the line-up, and their 46-18 record is third best in the league behind the Bucks and Lakers.

It's safe to say that the Cameroonian will be an exciting draw for Toronto fans, but not so much for their opposition.

The larger-than-life Cameroonian heading out to the NBA's Orlando bubble in a hazmat get-up, complete with suit, gloves, and mask, was all kinds of entertaining but serious at the same time.

Okay, so he was already shedding the suit while walking up to the ramp to board the plane, but it just goes to show what the Phila man brings to the table: comedy and seriousness in equal measure.

The 76ers are not exactly championship contenders, not with their 39-26 record going into the bubble, one that puts them outside the top 10 NBA teams. But Embiid is sure to provide both quality on the floor and laughs off the court to keep us entertained.

There is always something poignant about Serge Ibaka. Perhaps it is his commitment to charity, or maybe it just that unbroken connection to his DRC roots.

After helping Toronto win the championship last season, Ibaka took the trophy back home to the Democratic Republic of Congo, to the same restaurant where says he begged for leftovers as a kid. A goosebump moment, but that is the man Ibaka (who has developed a keen love of cooking) is.

Ibaka is in his 11th year in the league but is enjoying what is his best year so far in the NBA, at least according to the numbers.

A power forward who can easily switch to centre, Ibaka's average of 16 points before the league was halted is the best of his NBA career, and is an improvement over last season where averaged 15 points.

And it all seems to be down to a nuanced adjustment by coach Nick Nurse: Less time along the three-point line and more on his intermediate game.

There will be more than a few people looking to see him drop something like the 20 points in 22 minutes he did against the Warriors in Game 4 of the last Finals, but Ibaka's value is more about what he gives in terms of his overall game, being in those intermediate spaces that he finds comfortable.

And off the court, we can count on the Raptors big to keep us informed about what goes on in the bubble, after he showed off the Oura Ring that players are expected to use to monitor their covid19 status when he arrived.

Miami have designs of overtaking the Celtics during the eight seeding games, which would allow them to avoid the Bucks in a potential second round matchup.

Those numbers marked Adebayo -- who turns 23 on July 18 -- as one of the best young players in the halted campaign.

As it stands, the Nigeria-born player -- who told ESPN at the All Star Weekend in Chicago that he would have considered Nigeria if he had been asked -- did not immediately travel to Orlando with the Heat.

The suggestion is that he and Kendrick Nunn are the two Heat players who tested positive for coronavirus. But Adebayo is expected to be back well ahead of the Heat's first game on August 1, and should turn it on as they make that run on the Celtics.

It's tough to find a team that is more Afrocentric than Toronto, all the way from front office, with president Masai Ujiri, to the floor, with three starters of African origin.

Despite the departure of Kawhi Leonard after their Championship-winning season, Toronto have continued to chalk up wins, and Anunoby is central to that, picking up the slack at small forward left by Leonard.

With more minutes (average of 30.1 pre-Covid against 20.2 last season) have come more notches for the rising star. He has improved from an average of 7 points per game last season to 10.7 so far.

But it is more than those numbers that make him stand out. The youngster is the prototypical modern NBA player. Not only is he draining shots from beyond the arc (his 38.1% shooting is well above league average), he is one of the best defensive players.

His continued progress will be something to keep a keen eye on in the bubble.

Dieng is one of those players who, in his own words, "[does] a lot of things that don't show up on the stats sheet."

And that is exactly what the Grizzlies must have been counting on when they sneaked the centre in from Minnesota, where the emergence of Karl Anthony-Towns had rendered him surplus to requirements.

The Senegalese is an elite rim protector, with his ability to knock down threes, rebound, and block shots just the sort of assets which allow other players more freedom while avoiding some of the mismatches that Memphis have suffered against some teams.

Dieng is a traditional center, but one who keeps reinventing himself to stay relevant. He may be a backup in the position for now, but he is certainly one that the Grizzlies need.

It is likely that we may not see much of Mbah a Moute during the NBA restart, but when we do, expect him to be a big part of whatever the Rockets do in Orlando.

This is his second stint in Houston, and it is arguable that his niggling shoulder injury was a major reason why the Rockets surrendered that 3-2 lead to the Golden State Warriors in 2017 after helping them to a 65-17 record.

He was signed as a replacement for another player of African origin, South Africa's Thabo Sefolosha, who opted to sit out the restart due to his concerns about the coronavirus.

With James Harden and Russell Westbrook, the Rockets have firepower aplenty, thus Mbah a Moute will provide the well-heeled defensive presence of a veteran in the back court that could prove the difference.

Okafor is on this list for an unexpected reason. Unless things go very well for him and/or he reinvents himself in a new team, it could well be the last time we see him in a Pelicans, or even NBA, jersey.

Drafted number 3 overall by the 76ers in 2015, Okafor showed his ability in his rookie season, averaging 17.5 points per game, 7 rebounds and 1.2 assists to make it into the All-Rookie team despite missing 20 games with injury.

But things went downhill from there as he was beset by troubles, which led to progressively dwindling production and loss of value.

A stint at Brooklyn Nets did not help much and he was traded to New Orleans where he has become a solid back up, albeit struggling with defense.

With Zion Williamson the face of the franchise and playing in the same position as Okafor, it is unlikely the Pelicans will offer him a second contract after his league minimum. Which means this bubble could be the last we see of Okafor in New Orleans.

He may not get many minutes, but Tacko Fall will be one to look out for on the bench whenever the Boston Celtics step on the floor. It's tough to miss him, to be fair, as he is the league's tallest player at 7'5".

Signed as an undrafted free agent and later to a two-way contract by the Celtics, Fall has been added to the C's bubble roster and gives them an extra dimension that most teams do not have.

With his build and wing span, Fall averaged an eye-popping 3.1 blocks per game to add to his 12.9 points and 11.3 rebounds per game.

With no fans in Orlando, perhaps it is opposition players who will start the 'We Want Tacko' chants. 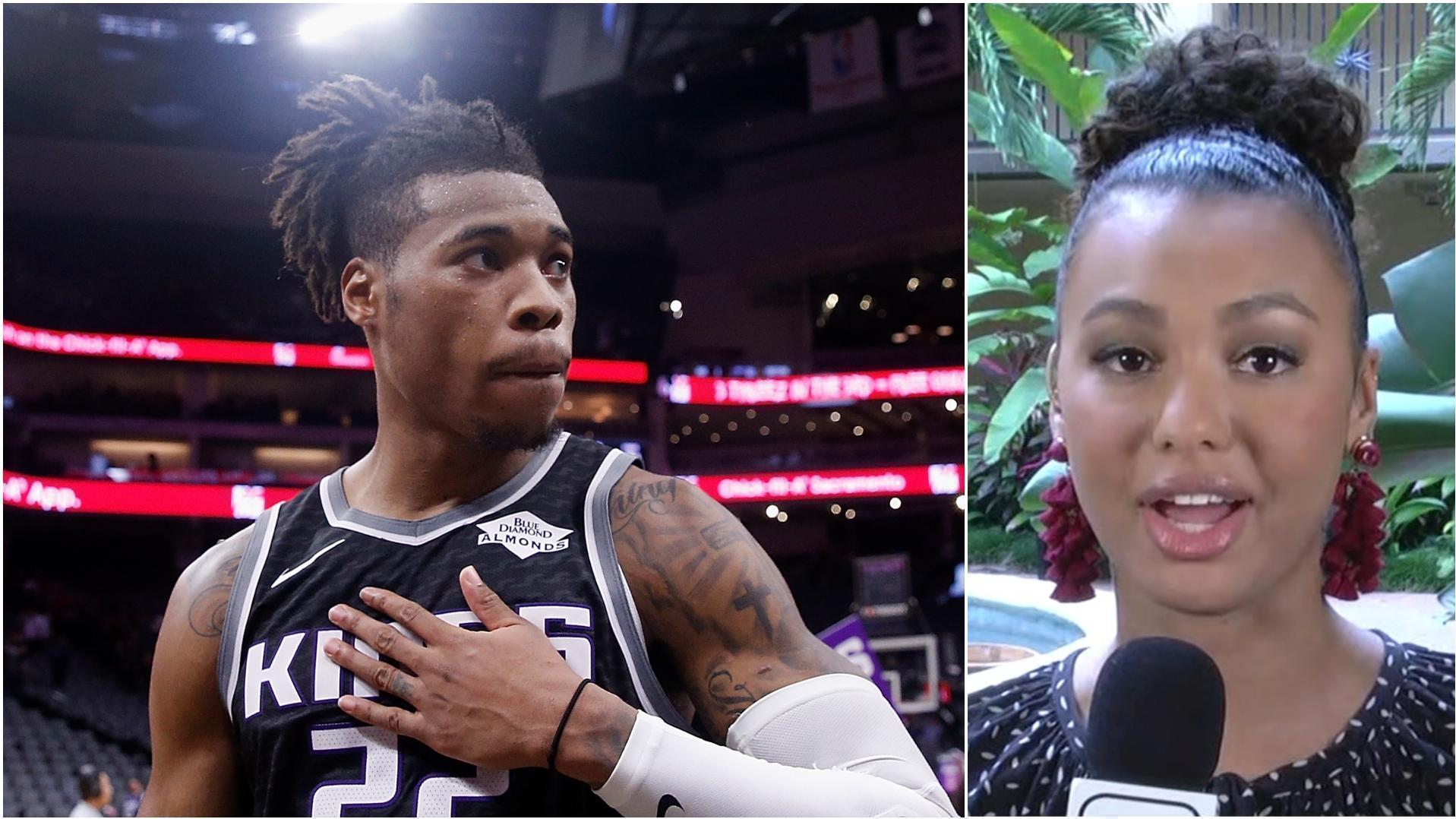 What happens to NBA players who violate quarantine in the bubble?
Malika Andrews breaks down the policy NBA players must follow if they break the quarantine rules in the Orlando bubble. 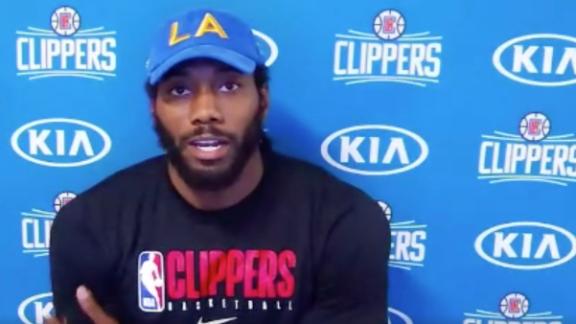