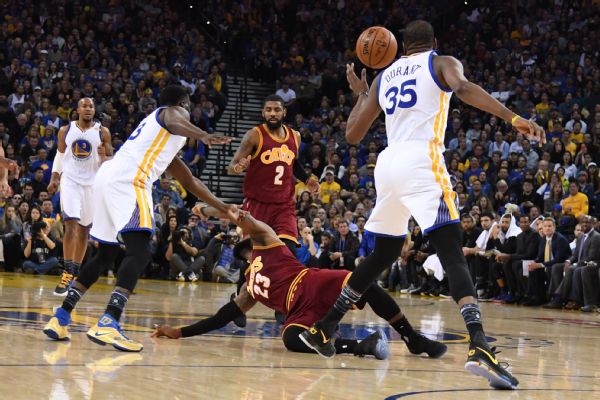 "But I don't really care if anyone else sees the game the way I see it. I see how I see it, and they can see it how they see it."

James had said Sunday that the team he has faced in the NBA Finals the past two years isn't on rival status, and he maintained his stance after Monday night's loss.

"I don't think there's a rivalry," said James, who also was the recipient of a hard hit by Green that was ruled a flagrant foul 1. "It's two great teams that have aspirations. I don't believe I've ever had a rivalry in the NBA. It's just that too many guys move and go places and change different locations. It's totally different from the '80s, when obviously we saw theCeltics and the Lakersgo at it so much, and I don't look at it as a rivalry."

The Warriors defeated the Cavaliers in six games for the Larry O'Brien Trophy in 2015, and the Cavaliers returned the favor in dramatic fashion by overcoming a 3-1 series deficit in 2016.

And away from the court, these two star-studded squads have participated in their fair share of verbal and social media jabs directed at each other.

Before Monday's game, Cleveland had taken four consecutive contests from Golden State dating back to the NBA Finals in June. The Warriors had three days off entering the game, while the Cavaliers had practiced only once in 19 days.

Most viewed this game for Golden State at Oracle Arena as close to a must-win situation as possible, considering it was still a regular-season affair.

"I don't really think it's about losing the last four that you want to win this game," Green said. "Regardless of if LeBron thinks this is a rivalry or not, I know he wants to beat us and we want to beat them. And that's enough in itself. You see each other two times a year; you want to beat each other. And then obviously if you're fortunate enough to make it to the NBA Finals like the past few years, you see each other again."

Green and James did more than just see each other Monday night.

Green was assessed a flagrant 1 after a hard collision with James midway through the second quarter. James was in a full sprint in transition when Green tried to cut him off near half court. Green ran shoulder-first into James' chest area, and the Cavaliers star fell to the floor upon contact.

"I think his shoulder hit me in the face," James said. "It happened so fast, I didn't even know who it was. But I'm all right. I'm a football player."

Green checked on James while he was on the hardwood but seemed to think the four-time MVP had flopped and was milking the collision by remaining on the floor. He appeared to mock James' tumble.

Teammates from both sides converged on the incident, and words were exchanged. After the officials reviewed the play, Green was hit with the flagrant 1.

Green also was assessed a technical foul on the play, as was Cleveland's Richard Jefferson, who got in Green's face while coming to James' defense.

"I fouled him to stop the break, and he went down," Green said. "And in the aftermath, I don't know, I told RJ to get out of my face. Got a tech."

Green was subbed out, but he appeared to continue to suggest that James had flopped.

"It just looked like a normal foul, where a guy is in transition and you want to foul him and take away the fast break," Warriors coach Steve Kerr said. "Obviously, he went down hard and sold it pretty well. But when I look at the replay, I might think, 'Oh yeah, that was definitely a flagrant.' But I haven't seen it, so it's tough to assess, but [he's] a pretty big, strong guy."

"Just in the heat of the moment in the game," he said. "Having some fun. Nothing major."

James also told ESPN that a Vine circulating on social media that made it appear like he was talking trash to Green was actually him responding to a courtside fan.

"I didn't say anything to Draymond all night," he said.

This is not the first incident between Green and James. During Game 4 of last season's NBA Finals, the two got tangled, and after James stepped over Green, who had fallen to the court, Green swung his arm and appeared to make contact with James' groin area. James immediately turned around, and the two players went chest-to-chest as play continued. Moments later, they got involved chasing a rebound, and each was called for a foul. They then had to be separated. Green later was assessed a flagrant 1 and suspended for Game 5.

This matchup has the makings to be labeled a heated rivalry, and the Warriors left the arena Monday night satisfied with finally being able to pull one off against James and crew. They had handed the Cavaliers their worst loss of the season.

"We wanted to win," Kerr said. "We weren't happy with our Cleveland game on Christmas Day. Any time you are facing a team that you know is one of the best in the league, you are going to be up for it. We were definitely up for it. You could tell that we had a lot of good energy and played a good game."

It was the second and final time these two teams were to tip the ball up in the air in the 2016-17 regular season. Should they meet again this season, it will have to be in the Finals, and that would make it three straight years -- a feat that has never occurred in the NBA.

Rivalry or not, the Warriors aren't getting too high on this victory.

"I know last year we beat them in Cleveland in January by a lot and everybody counted them out and said we were in their heads, and they won the whole thing," Kerr said. "I don't pay too much attention to what everybody else is saying." 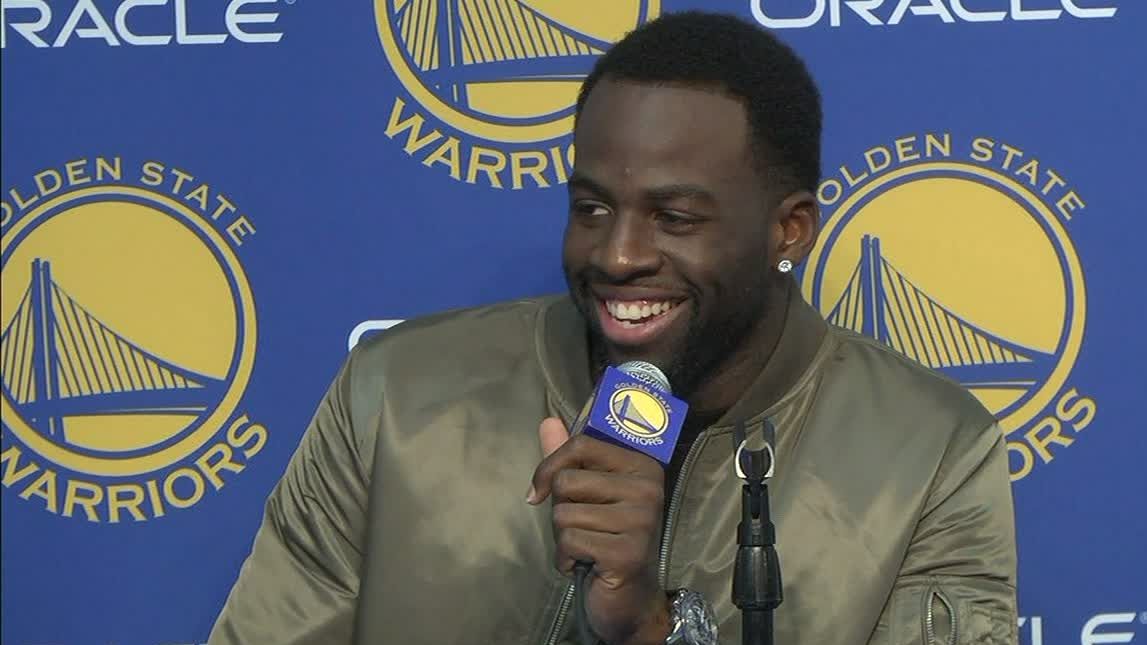 Draymond says he fouled LeBron to stop the break
Draymond Green reacts to the play where he received a Flagrant 1 for his collision with LeBron James. 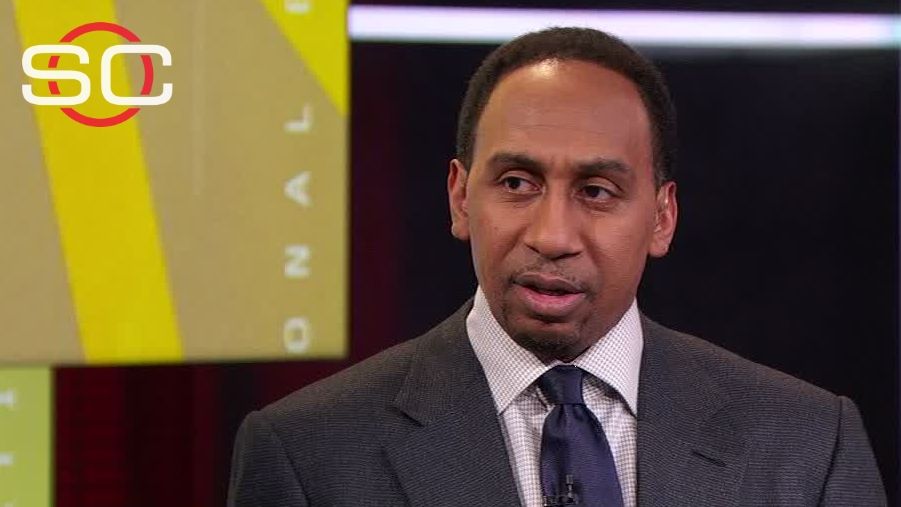 Stephen A. 'disgusted' with Draymond Green
Stephen A. Smith says that Draymond Green has to wake up and realize how serious his Flagrant foul is on LeBron James, especially after his Game 5 suspension last season in the Finals.

Bad blood stirring between Warriors, Cavaliers
Shelley Smith looks at the rivalry brewing between the Cavaliers and the Warriors and the splash each matchup continues to make.