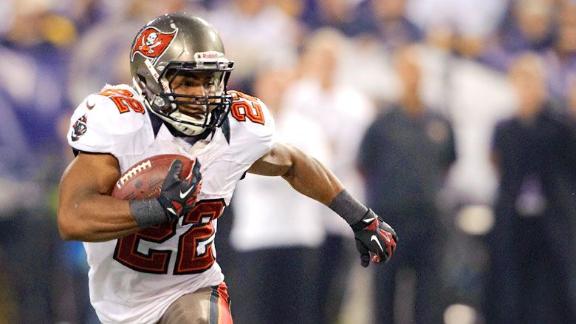 Tampa Bay Buccaneers running back Doug Martin tweeted Monday that he has been cleared to return from the shoulder injury that derailed his 2013 season.

- Doug Martin (@DougMartin22) March 31, 2014Martin had told the Tampa Bay Times that he expected to be cleared to return to full activity this week.

He sustained the season-ending injury in Tampa Bay's Week 7 loss to the Atlanta Falcons, suffering a torn labrum in his left shoulder. The 25-year-old hopes to bounce back in 2014 under new coach Lovie Smith, who recently said he plans to use Martin as the lead back in a rotation.

"I think you have to have a bell cow," Smith said during the NFL owners meeting earlier this week. "[Martin] is ours. At the running back position, there's enough reps to go around. We want three guys we feel comfortable with.

"Two will play, but it's not a rotation that where every series we're going to have a different guy in there. We'll have a starter, then we'll have a backup that will give him quality backup minutes."

The Buccaneers got solid production out of running backs Mike James and Bobby Rainey during Martin's absence last season.