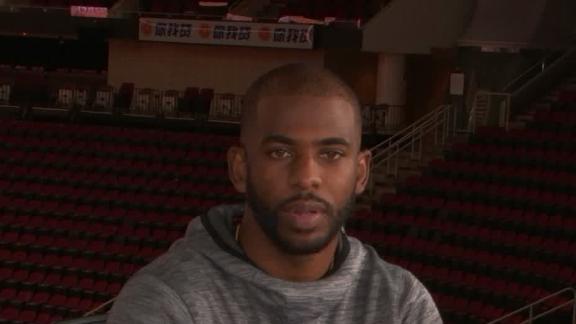 Chris Paulhas defended Carmelo Anthony and his addition to the Houston Rockets this season, saying Friday that his good friend and 10-time All-Star has been a target of unwarranted criticism.

"Obviously I'm a little biased because that's one of my closest friends," Paul said at training camp in Houston in an appearance on ESPN's The Jump. "But you know, the disrespect that comes at him at times is unbelievable, you know what I mean? So for us, having one of the best players to ever play the game on our team, that's a no-brainer."

The Rockets, who set a franchise record with 65 wins and advanced to the Western Conference finals last season, are banking on Anthony's talent and experience and say they are resolved he can mold his style of play to what they are confident will again be a championship-contending team.

"I think we just hoop," Paul said. "I think that's been the cool thing about bringing in different players that have played in different systems. Hell, me last year, I came into a different situation. I had seen it. Coach [Mike D'Antoni] had talked about it. But it's a different thing to play within the system.

"With Melo, we just hoop, you know what I mean? If you're open, you shoot it. If not, you pass it, you dribble -- it's a fun way to play basketball."

Adapting to the Oklahoma City Thunder's offense was a challenge for Anthony last season, when he averaged career lows in minutes, points, field goal percentage and assists. Anthony signed with the Rockets in August after a trade to the Atlanta Hawks and subsequent contract buyout.

"Carmelo's an extremely talented player; he's a Hall of Fame player," Rockets general manager Daryl Morey told The Jump. "And our coaching staff, and Chris and James [Harden] and them all working together -- he's going to have, I think, his best season he's had in a long time."

Despite Morey's confidence, Anthony's role in the Rockets' offense could become even more reduced than it was with the Thunder. According to Second Spectrum, Anthony ranked 37th in isolation plays per game last season after ranking in the top 10 in each of the previous three seasons. Paul and Rockets guard and reigning NBA MVP James Harden ranked first and ninth in isos per game last season. Those two together would have ranked first in the NBA if they were their own team in isos per game.

"I think that's up for all of us, you know, some of the smartest guys to play the game, to figure out how to make it work," Paul said.

According to NBA Advanced Stats, Anthony took 461 midrange field goals last season, the fourth most in the NBA. The Rockets had an NBA-low 562 midrange attempts, 256 fewer than any other team in the league.

But D'Antoni said Anthony and the Rockets were "all on the same page."

"Dealing with great players that want to be here and want to make it work, it's easy," D'Antoni said. "He and James and Chris, they kind of figure out how they want to play and how they can play off each other and what will be most effective, and then they try to incorporate what we do into all that, and so far so good."

Rockets forward PJ Tucker, who figures to share playing time with Anthony, be it as a starter or off the bench, said adding Anthony into the mix hasn't been tough.

"It hasn't been a process at all, for me -- honestly," Tucker told ESPN's Rachel Nichols and Tracy McGrady. "With this team, we don't really play center, small forward, power forward; it's more like filling spots, you know. And a lot of the time it's who is guarding you. That's what matters. If you're going to be in the pick-and-roll, if you're going to set the down-screen. Whatever's happening, we're doing a lot of matchup-based.

"So he can fill any one of those spots. ... With our offense, it's so easy. Chris and James make it so easy."

Tucker referenced having known Anthony since they were 16 or 17.

"Everybody's been friends forever, so you know, the personalities definitely match," Tucker said. "Once you get together, having fun -- outside of basketball. And then once you get on the court it just kind of jells."

Information from ESPN's Tim MacMahon and ESPN Stats & Information was used in this report. 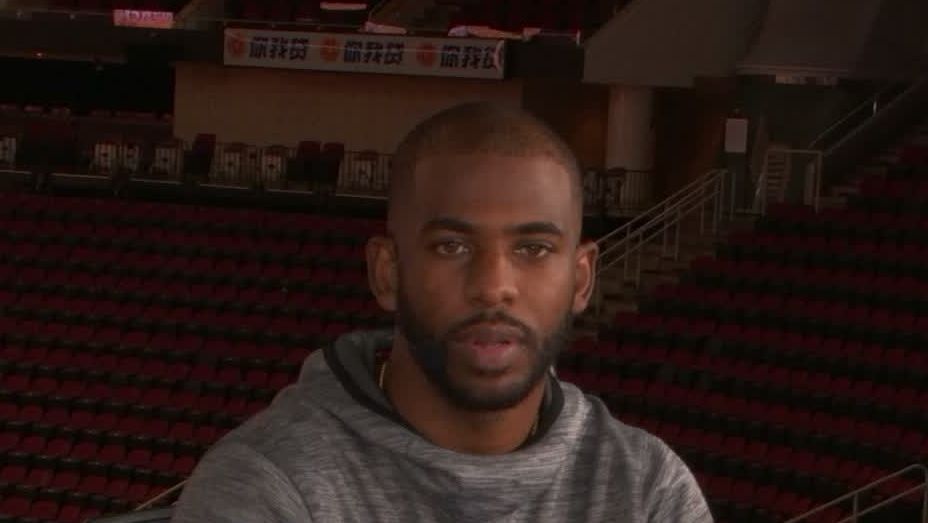 CP3 on Melo: 'I think we just hoop'
Chris Paul expresses his excitement about playing alongside Carmelo Anthony, and the best way to help Melo adjust to the team's style of play. 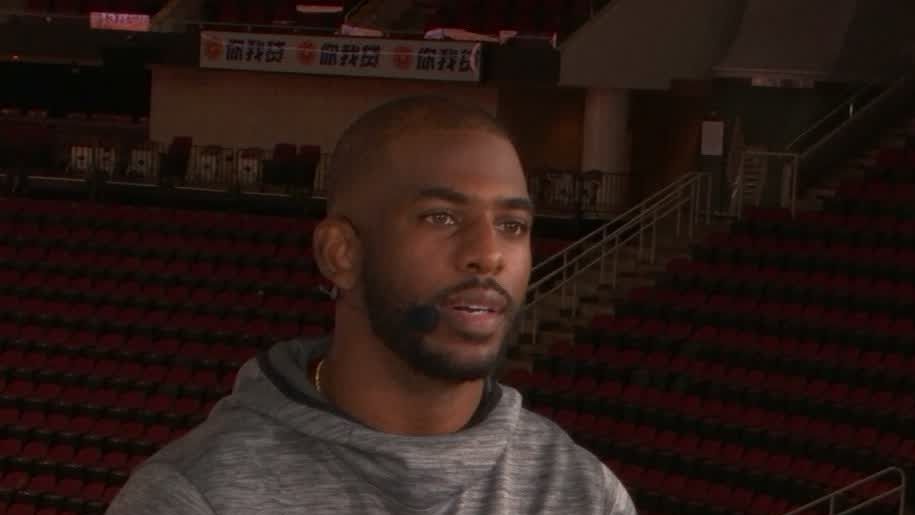 CP3: 'I love to hoop more than anything'
Chris Paul tells The Jump crew that the basketball court is his "happy place" and that his hamstring injury made him appreciate the game even more. 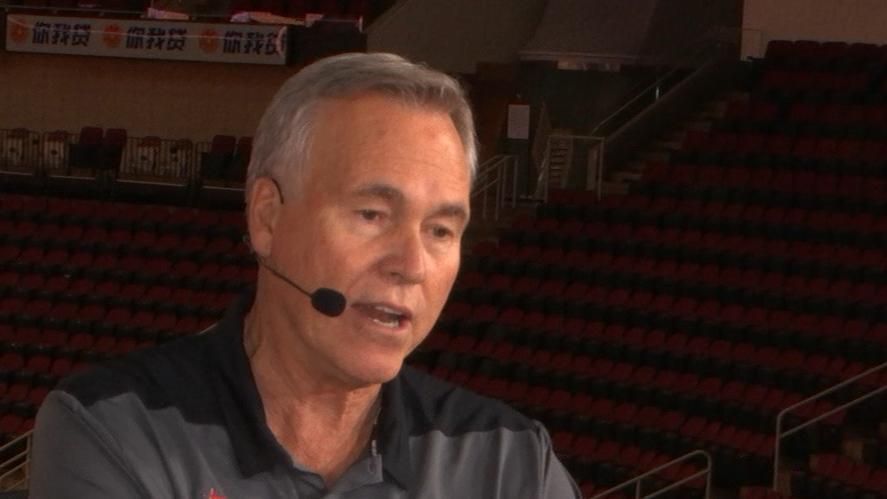