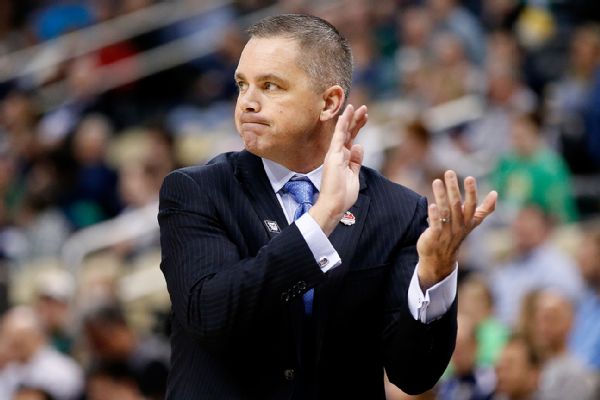 The charter flight for the Butler men's basketball team lost cabin pressure Thursday night, and some staff members were so afraid that they texted family members, thinking they might never see them again.

Butler was flying from New York's LaGuardia Airport to Indianapolis after Thursday's 76-73 loss to St. John's. About 25 minutes into the flight, the cabin lights went out, Bulldogs coach Chris Holtmann told ESPN.

"It started to get really cold, and the plane went completely dark," Holtmann told ESPN. "Then all the oxygen masks came flying down, and the flight attendant told everyone to put the masks on. She kept repeating it.

Holtmann and the team wound up landing in Pittsburgh shortly after midnight and staying at a local hotel. They had planned to take a charter flight Friday, but instead opted to take a bus back to Indianapolis because another plane wouldn't have been available until late Friday afternoon.

Holtmann said he heard players yelling in panic from the back of the plane and that staff members were texting their wives.

"As a coach, you are obviously thinking of your family," Holtmann said. "But you are also thinking about all the young men on the plane.

"I was shook. It was scary, we had guys crying."

Holtmann said they used the oxygen masks for about 15 minutes. He said the pilot told him "that was some of the longest minutes of my life."

The coach said he experienced a severe headache and that players complained of pain in their ears.