Bills preparing to work around injured Josh Allen, who is week-to-week 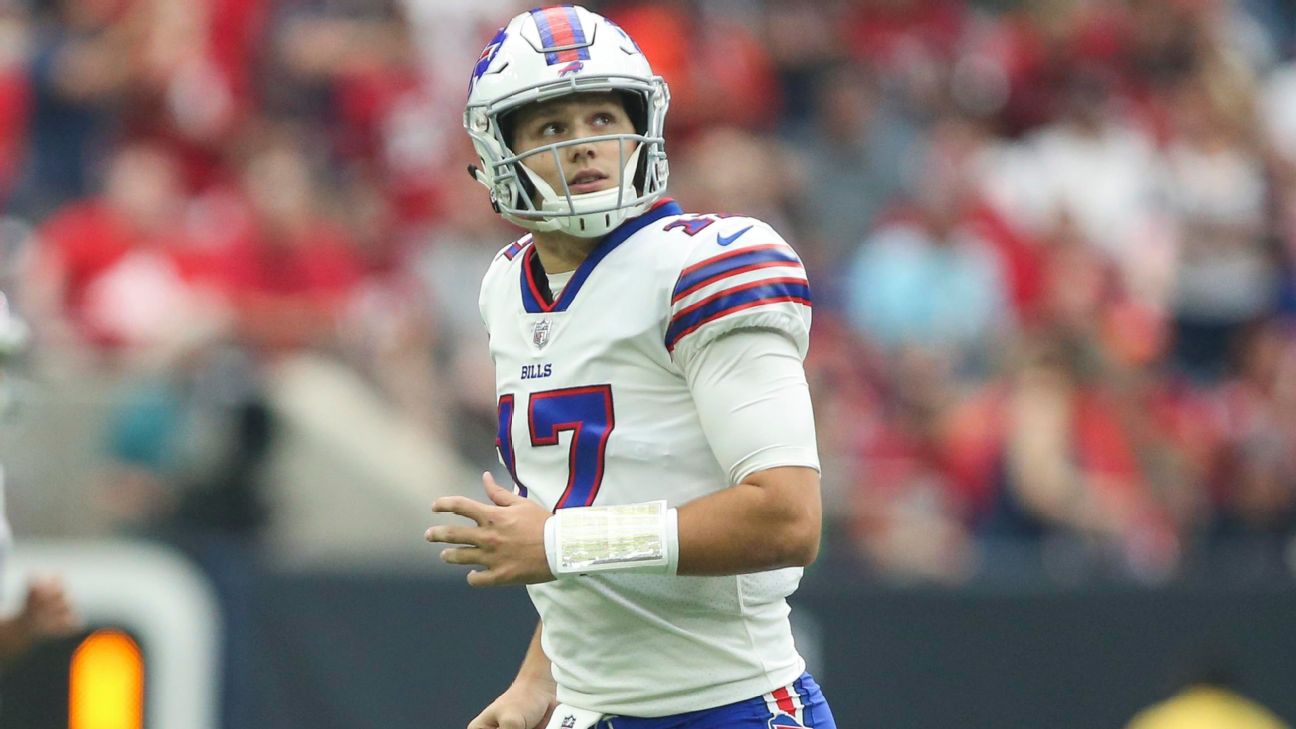 ESPN's Chris Mortensen reports that Allen's injury is to the ulnar collateral ligament (UCL) in his right elbow. It is not considered major at this time, but his MRI will be sent to noted orthopedist specialist Dr. James Andrews for a second opinion, which has become standard operating procedure. One of the Bills' orthopedic specialists, Dr. Leslie Bisson, completed his fellowship under Dr. Andrews.

No other specific information has been revealed, but the Bills do not want to rush him back, sources tell Mortensen, to allow him to properly heal despite his competitive desire to play at less than full strength.

"We're going to take it one day at a time," Bills coach Sean McDermott said Monday. Allen is undergoing appropriate treatment and therapy under the direction of Dr. Bisson and the team's medical staff.

The injury puts Allen's status for Sunday's game at the Indianapolis Colts in doubt. McDermott said he and his offensive staff will "work through" whether Nathan Peterman or Derek Anderson would replace Allen as the starter if he cannot play at the Colts.

Despite Peterman having thrown 10 interceptions in seven regular-season and postseason appearances, McDermott continued to express confidence Monday in Peterman while leaving the door open for Anderson to take over the No. 2 quarterback job.

Anderson, 35, signed with the Bills last week after spending the past seven seasons as Cam Newton's backup with the Carolina Panthers. Both McDermott and offensive coordinator Brian Daboll said Monday there is some carryover in the playbook for Anderson from when he played for a Daboll-coordinated Cleveland Browns offense in 2009.