Bills look for first playoff win since 1995 vs. Texans in AFC wild-card game 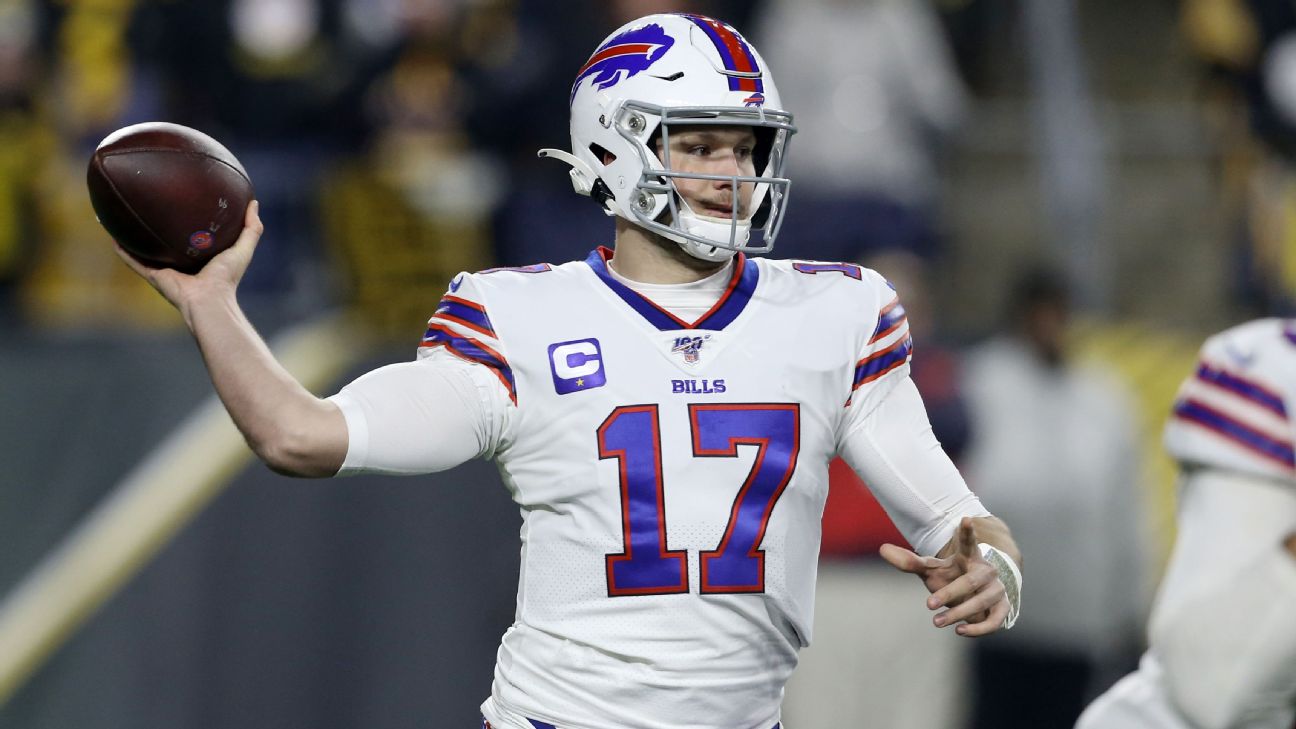 What to watch for: Which quarterback will have success running the ball? The Bills' Josh Allen (third) and Texans' Deshaun Watson (fourth) were among the top QBs in rushing yards this season. But according to ESPN Stats & Information, the Texans have allowed the second-most yards per rush to opposing quarterbacks this season (5.6), while the Bills allowed the fewest (2.8). -- Sarah Barshop

Bold prediction: Allen has yet to throw for 300 yards in his career; he will again fall short of that mark but will manage to complete two passes of 40 or more yards against a vulnerable Texans secondary. -- Marcel Louis-Jacques

Stat to know: Houston defensive end J.J. Watt will return (torn pectoral) on Saturday, and it will be welcomed by the Texans' defense. Without Watt this season, the Texans' Pass Rush Win Rate -- an ESPN statistic powered by NFL Next Gen Stats determining how often a pass-rush beats its blocks within 2.5 seconds -- is just 27%, well off the league average pace of 42%. With Watt? That number rises to 45%. Watt has 5.0 sacks in six career playoff games.

Key matchup: Watson vs. the Bills' zone coverage. Buffalo has a zone-heavy defense (54% of defensive snaps). Look for the Texans to influence underneath defenders on leveled routes to create intermediate coverage voids for Watson. That leads to open window throws to wide receiver DeAndre Hopkins on deep, in-breaking routes to the middle of the field. Read more.

Betting nugget: Allen is 10-6-1 ATS in his career as an underdog, with one of the non-covers coming last week when he was pulled in the first quarter. Fourteen of those 17 games went under the total. As for Houston, it is 1-5-1 ATS as a favorite this season. Read more.

Officiating nugget: Referee Tony Corrente's regular-season crew threw an average of 17.1 flags per game, fifth-most in the NFL. But Corrente threw the second-fewest number of flags for roughing the passer (four).