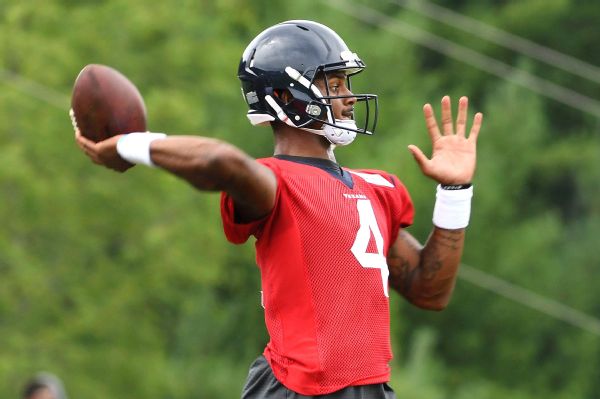 WHITE SULPHUR SPRINGS, W.Va. -- Although Deshaun Watson is the Houston Texans' No. 2 quarterback right now, head coach Bill O'Brien said the former Clemson star is "way ahead" of any rookie quarterback he has coached.

"Deshaun, for a rookie, is really way ahead of any rookie quarterback I've been around," O'Brien said. "[He] went out there and made some plays, which was good to see."

Watson had one of his better training camp practices Tuesday, leading the offense down the field during a team drills and making a few nice throws, including a touchdown to undrafted wide receiver Riley McCarron on the left side.

O'Brien was not around his most famous pupil, Tom Brady, when he was a rookie in New England.

Along with Watson, O'Brien has also coached rookie quarterback Tom Savage in Houston and rookie quarterbacks Matt Gutierrez, Kevin O'Connell, Zac Robinson, Brian Hoyer and Ryan Mallett in his time with the New England Patriots. Watson is the only first-round draft pick in that group.