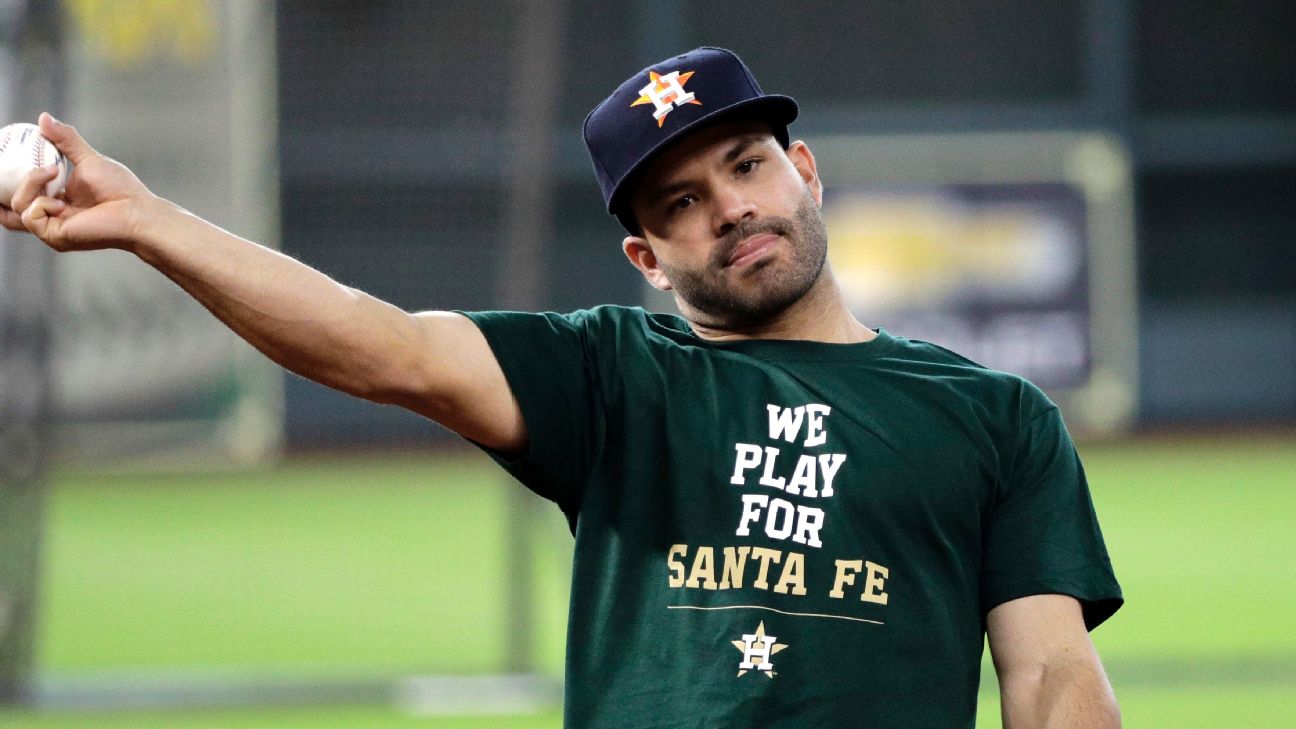 Houston Astros players wore T-shirts that read "We Play For Santa Fe" during batting practice Tuesday in honor of the victims of Friday's school shooting.

The team announced that for the two-game home series against theSan Francisco Giants, all proceeds from the nightly 50/50 raffle at Minute Maid Park will benefit the Santa Fe Strong Memorial Fund.

The Astros held a moment of silence before Friday's game and flew the Texas flags at half-staff in honor of the victims and their families. Ten people were killed in the shooting at Santa Fe High School earlier that day.