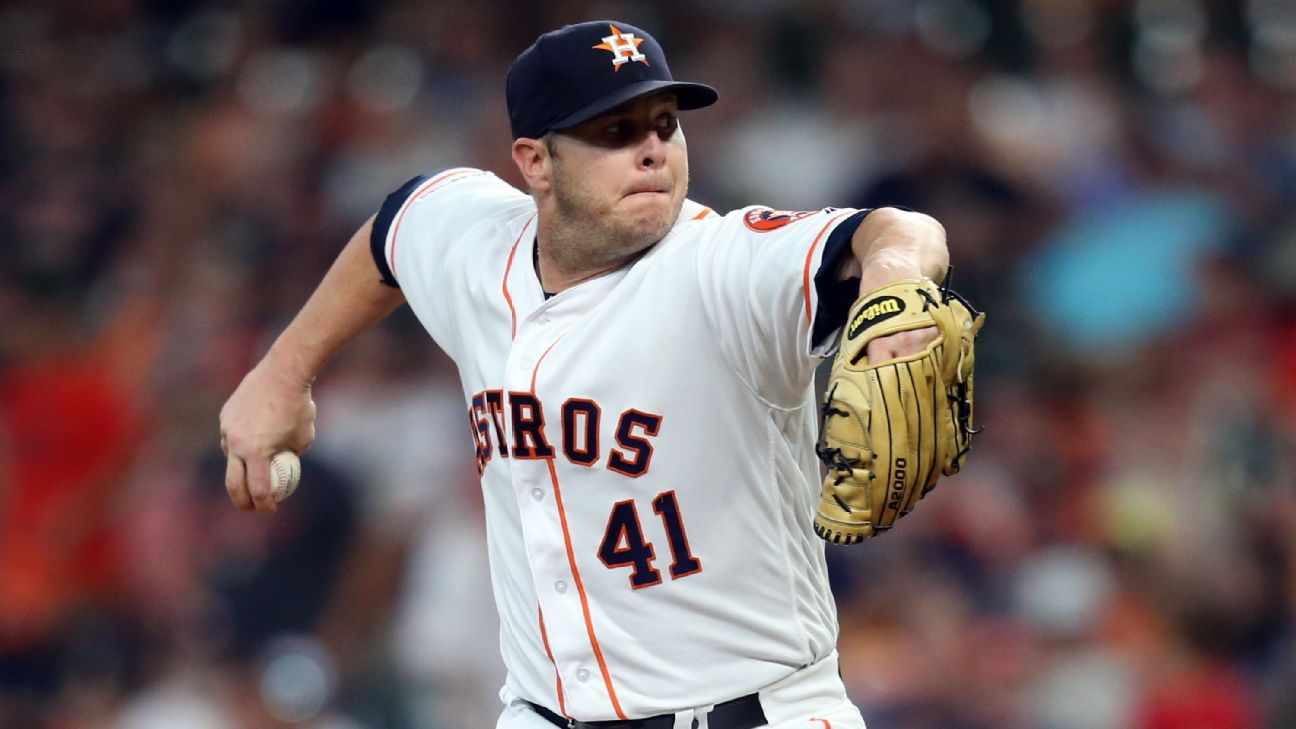 ESPN
The Astros will open Game 6 of the American League Championship Series on Saturday night with right-handerBrad Peacock on the mound, while the New York Yankees will counter with righty Chad Green in a matchup of bullpens in Houston.

The Astros lead the best-of-seven series, 3-2.

Giancarlo Stanton is not in New York's Game 6 lineup. The slugger returned from a right quad strain in Friday's Game 5 but went 0-for-3 with two strikeouts. Edwin Encarnacion is serving as the team's designated hitter Saturday.

Both teams arrived in Houston on Saturday morning, just hours after the Yankees stayed alive in the series with a 4-1 Game 5 win.

Peacock will be the fourth pitcher ever to finish a postseason game and start the next day on zero days' rest, and the first since 1924, according to ESPN Stats & Information research.

He has been a starter and also has pitched out of the bullpen in his career. He was left off the ALDS roster after missing time late in the season with discomfort in his throwing shoulder. Friday was his first appearance since Sept. 29. He has a 4.73 ERA in eight career postseason appearances with one start.

"He's really good at staying calm in what's going to be probably one of the more intense games that we've had this season up to date,'' Hinch said.

Hinch said he didn't know how long Peacock would go.

"He's as even-keeled as anybody we have,'' Hinch said. "We've missed him a lot throughout the last month just in how he can be a weapon ... he's pitched in a lot of different scenarios for us, so this moment will not be too big for him. I don't expect him to be very emotional.''

Green has appeared in three games in the ALCS, the last coming in Thursday's Game 4, when he allowed two runs in one inning of relief for starter Masahiro Tanaka.The right-hander is 1-0 with a 3.18 ERA in five appearances this postseason.

New York manager Aaron Boone said Green is comfortable in that situation and is throwing the ball well.

"Hopefully he'll give us a little bit of length starting off,'' said Boone, anticipating that Green could go through the Astros' lineup once.

As for Stanton,Boone said he got through Friday's game OK, and that the switch was just one of those hard lineup decisions and not because of the lingering injury.

"I wanted to get Edwin back in there. I feel like he's got a big at-bat in him. I feel the same way about (Stanton) frankly,'' Boone said. "Toiled over it and decide to keep the infield as it is. ... That was just my decision.''

Encarnacion is 1 for 15 in the ALCS. Stanton was 2 for 4 with a homer in Game 1 against the Astros.

"He knows there's potentially a big at-bat off the bench today,'' Boone said of Stanton. 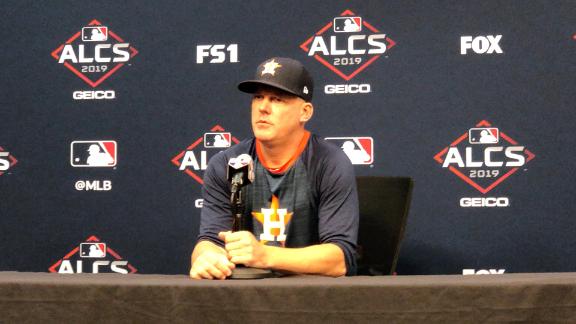 Hinch: Moment won't be too big for Peacock
Astros manager A.J. Hinch explains why he opted to start Brad Peacock in Game 6 of the ALCS. 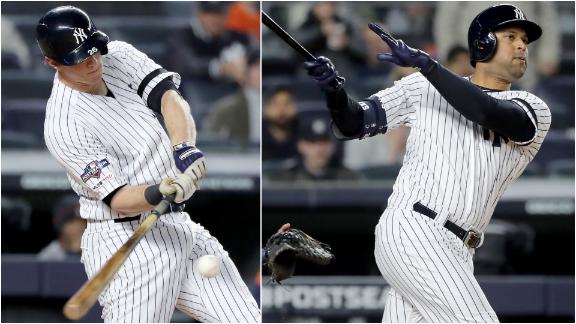