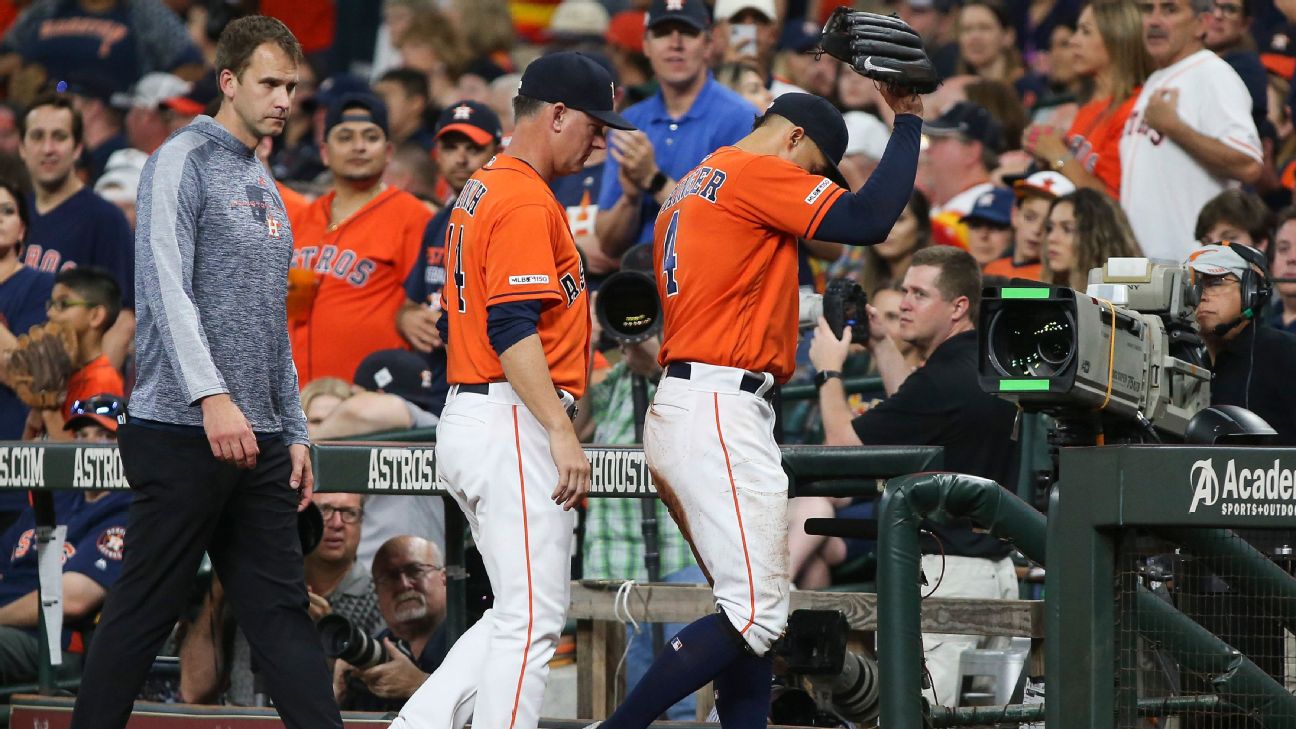 Springer was hurt attempting to catch a Xander Bogaerts pop foul in the top of the eighth inning. Springer sprinted in from right field and clutched at his left leg as he slid feet first for the ball, which bounced in front of him. He immediately was in pain before limping off the field and being replaced by Tony Kemp.

"We'll get him evaluated," Hinch said. "I'm not looking forward to the diagnosis, to be honest. It doesn't look very good. He never pulls himself out of a game like that; he was limping from the very beginning."

Springer, who leads the American League with 17 home runs and 43 RBIs, said he was still hoping to get some good news on the severity of the injury on Saturday.

"Yeah, it sucks, to be honest," he said. "It's hard, but I'll make it through, and just gotta support the team the best way that I can."

Friday was Springer's first game since Sunday, as he previously had been dealing with lower back tightness.

Springer went 0-for-3 on Friday night, driving in a run with a sacrifice fly. 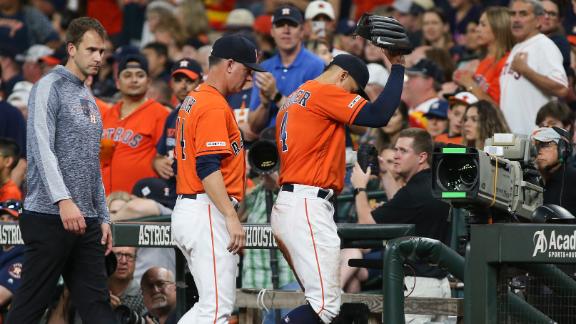 Springer exits in the 8th with injury
George Springer puts on the jets in an attempt to catch a foul ball but he slides awkwardly and would leave the game in the Astros' win over the Red Sox.
Report a correction or typo
Related topics:
sportsespnmlbgeorge springerhouston astros
Copyright © 2020 ESPN Internet Ventures. All rights reserved.
More Videos
From CNN Newsource affiliates
TOP STORIES 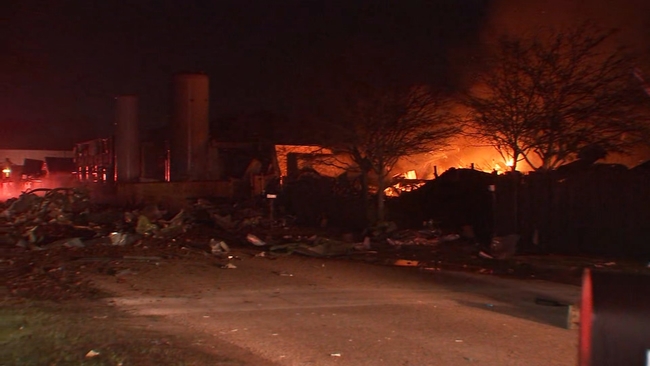 Witnesses describe injured workers after blast
What could be in the smoke from the overnight blast?
List of streets to avoid after massive explosion in NW Houston
What we know about company at center of building explosion
Social media reacts to massive explosion in NW Houston
Show More
A clear sky will lead to a cold Friday morning
High school student suspended over dreadlocks, family says
Woman details alleged sexual assault by parole officer
Texas A&M student may have coronavirus
What is coronavirus? Should outbreak concern Americans?
More TOP STORIES News