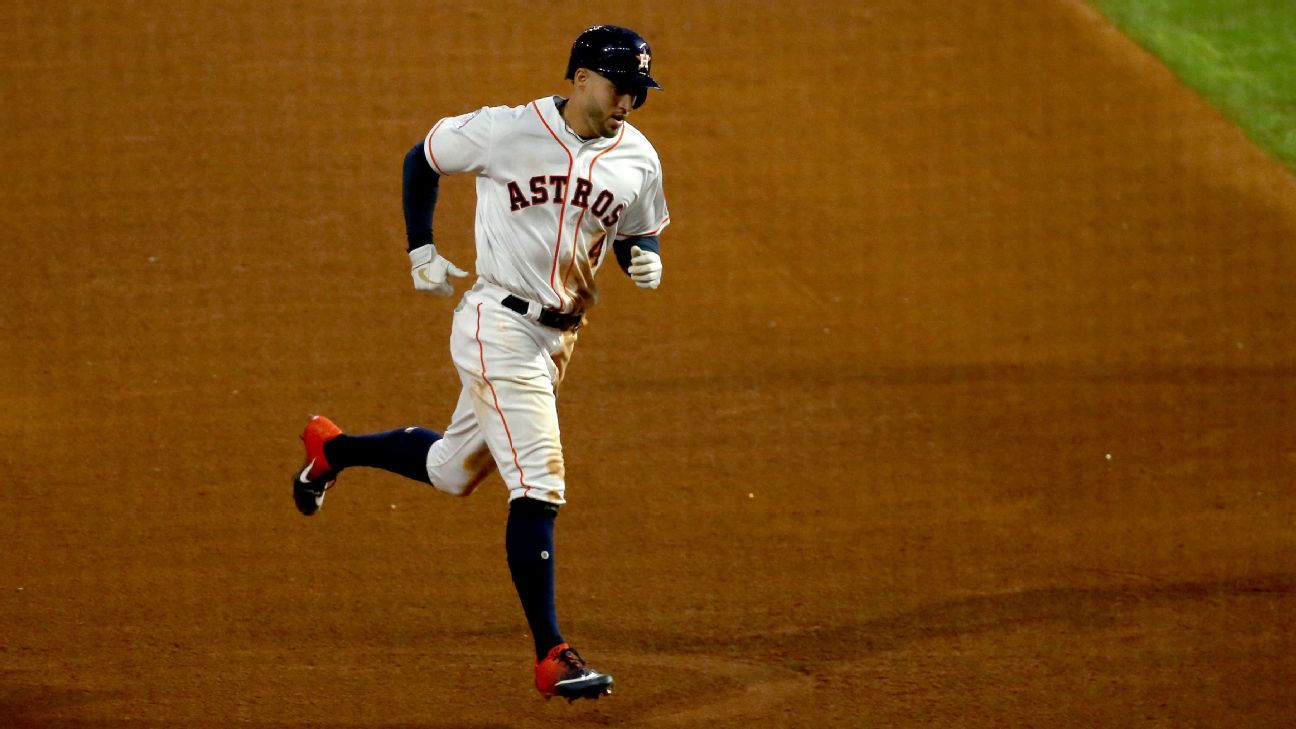 Springer had homered in the final four games of the 2017 World Series for the Astros, winning MVP honors in the process; he batted .379 with five home runs as the Astros won in seven games over the Los Angeles Dodgers.

Game 5, 2017: Seventh inning off Dodgers' Brandon Morrow (nobody on)

Game 1, 2019: Seventh inning off Washington's Rainey (nobody on)

He added an RBI double in the eighth inning, just missing a home run as the ball hit off the top of the fence in right-center. Houston's Kyle Tucker was on second base as Nationals right fielder Adam Eaton made a leaping grab at the ball and it bounced away from him.

Springer has the speed to make it to third base on the play, and had he reached third, he might have later scored to tie the game on Jose Altuve's fly ball to right field, but he said he had to hold up out of the batter's box.

"I was watching [Eaton] the whole time," Springer said. "That's one of those things where I don't want to necessarily run as fast as I can, because for some reason, if [Tucker] tags or whatever the case and I run by him, it's not good. So I was just kind of watching the outfielder."

Springer said he wasn't kicking himself for not reaching third base on the play.

"Well, no, because I can't go to third right there because the guy on second had gone back to tag," he said. "If I had gone to third, I'm out."
Report a correction or typo
Related topics:
sportsespnmlbgeorge springerhouston astros
Copyright © 2020 ESPN Internet Ventures. All rights reserved.
More Videos
From CNN Newsource affiliates
TOP STORIES