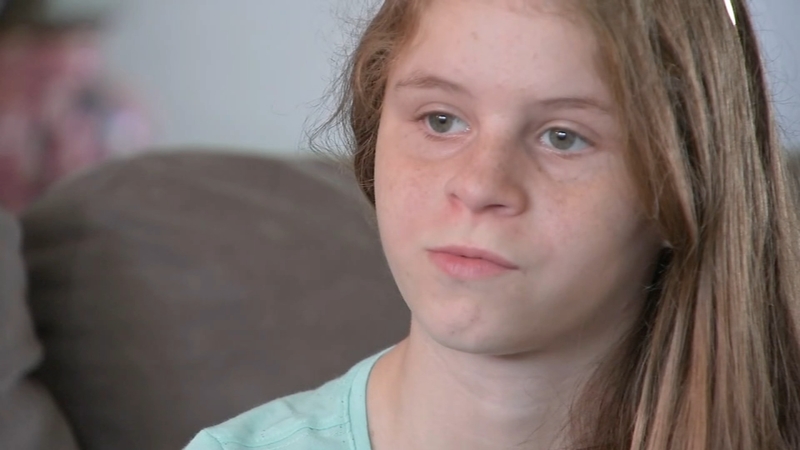 Last week, Ashley said a bus driver told her to exit the bus on Highway 36 in West Columbia without any direction on how to get home.

"They should probably know our bus stops, and not just leave kids by the side of the road to walk to their houses on a highway," Ashley said.

Ashley said she started to cry because she did not know where to go.

"A white car came up and saw me and picked me up," Ashley explained.

Ashley's mother, Tammy Oxburrow, said her internal "mom alarm" was already going off because she felt something was wrong.

She said after the minutes moved past her daughters expected arrival time, she started to panic.

"I saw a white car in the driveway, thought it was turning around and then saw Ashley get out," Oxburrow said. "The woman in the car drove off."

Ashley wasn't harmed, and the driver appeared to be a good Samaritan who took pity on the girl being stuck in the rain.

"It doesn't always go like this. What if it had been a bad Samaritan?" Oxburrow asked.

The school's superintendent Steven Galloway said the regular driver assigned to the route was not there that day, and a substitute driver and monitor were on board.

Galloway said the student should have been taken to her regular bus stop, and internal corrective actions have since been taken.

Oxburrow told ABC13 she just doesn't want this to happen to other parents.