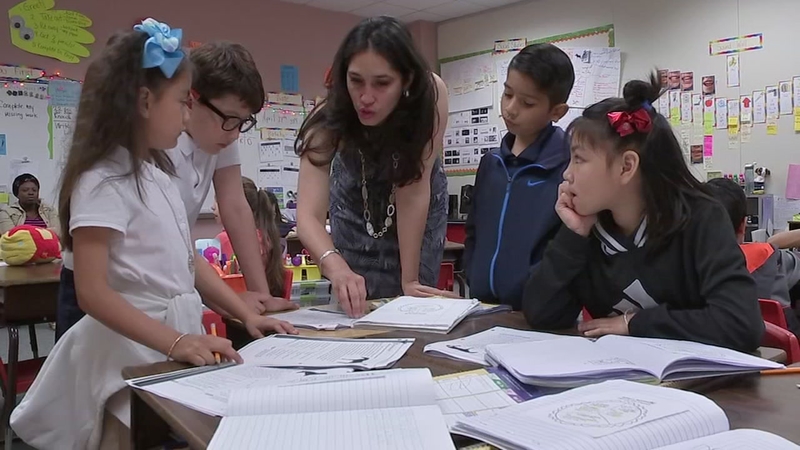 HOUSTON, Texas (KTRK) -- A Houston-area school district is hoping to fill the need for Spanish-speaking teachers by aiming its recruiting efforts nearly a thousand miles away.

Ramirez and several other staff from Alief ISD traveled to Orlando, Florida, last week for a job fair. They were hoping to attract teachers from Puerto Rico who relocated to the Sunshine State after Hurricane Maria.

"The stories that we are hearing is that they do want to relocate, they want to come," said Ramirez. "I think it's just the change has been a lot for them at this time, leaving their home of Puerto Rico and relocating to Florida."

In the next few months, nearly 300 schools in Puerto Rico will be closing, according to Puerto Rico's Department of Education. A sharp drop in enrollment amid the island's long economic slump and the continued departure of families after Hurricane Maria is to blame. The U.S. territory has more than 1,100 public schools that serve 319,000 students.

In Alief, there will be hundreds of vacancies to fill for next year due to promotions, retirements, and turnover. The district's Hispanic student population sits at about 53 percent. Of those students, about 10,000 are students who are enrolled in bilingual education programs.

Lourdes Ocasio is from Puerto Rico and is a third grade teacher at Sneed Elementary. She's been with the district for years and has family and friends on the island.

"My brother did get hurt because he was cleaning the room so the water could drain, and he fell from the roof," said Ocasio.

Ocasio said her brother is doing better. She said lately, she's been getting more students in her class from Spanish-speaking countries. She said the students are able to find comfort and success in her classroom.

"I think that it's important because they can identify themselves with me. That I speak English with accent, first of all, because many feel ashamed because they have an accent. I tell them no, no, no," said Ocasio.

The hope is that other Spanish-speaking teachers, whether or not from Puerto Rico, will be able to make the same impact. In Orlando last week, the district planted its seeds in hopes the word there about Alief ISD will grow.