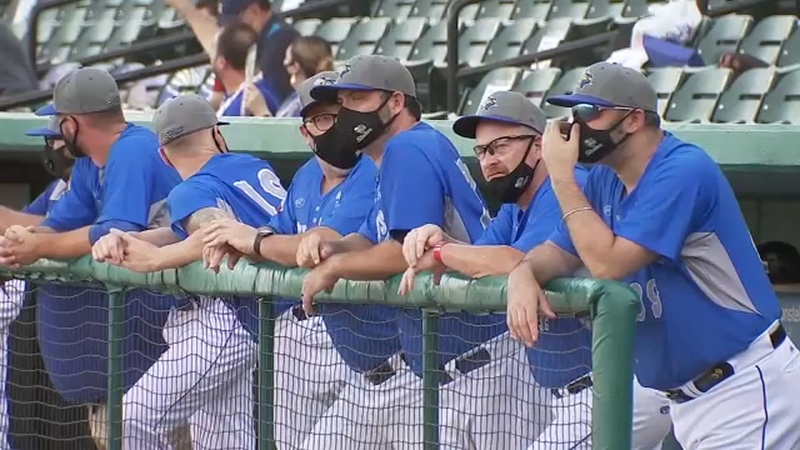 SUGAR LAND, Texas (KTRK) -- The Houston Astros are giving their AAA-affiliated Sugar Land Skeeters some "Space" in the form of a total rebrand, Eyewitness Sports has learned.

The video above is on the first report of the Astros' deal with the Skeeters in November 2020.

The minor league baseball team will reportedly go by the Sugar Land Space Cowboys in a clear nod to its parent team's NASA-influenced identity.

While neither the Sugar Land team nor the Astros have officially confirmed the name, the club did announce a launch party for an official announcement on Jan. 29 at Constellation Field.

According to the team, fans will get a first pick at the rebranded merchandise and get to enjoy live music, stadium tours, fireworks, player autographs and more.

The reported rebrand would come more than 14 months after the Astros bought a majority stake into the Skeeters and made them their AAA-level affiliate. Before the affiliation, the Skeeters were in the independent Constellation Energy League.

The Astros have reaped the benefits of the proximity with their minor league ball club, calling up several players who were key to their 2021 World Series run, including outfielders Jake Meyers and Jose Siri.

The Sugar Land team has also been instrumental in getting current Astros stars through injuries, highlighted by Alex Bregman's rehab stint with the Skeeters last season.