Everything we know about hero Southwest pilot Tammie Jo Shults 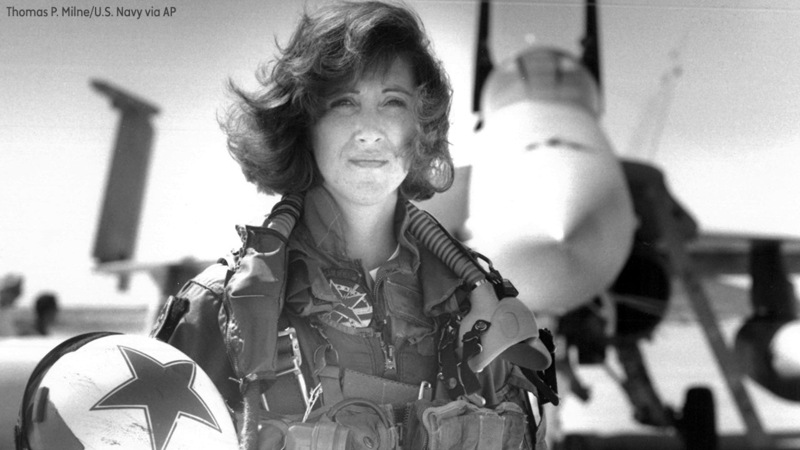 When an engine blew on her Southwest jet, pilot Tammie Jo Shults' training helped her stay calm and collected while guiding the plane down safely during the emergency landing.

While Shults is being hailed as a hero for safely landing the plane with 144 passengers and five crew members, her friend told ABC News that her concern is with the family of Jennifer Riordan, the sole person killed during the incident. Riordan died while suffering an injury after the engine failure shattered a cabin window, partially sucking her out of the plane before fellow passengers pulled her back in.

Shults, a New Mexico native and graduate of MidAmerica Nazarene University, was one of the first women pilots in the Navy to be trained to fly a fighter aircraft.

"She was commissioned in the Navy on June 21, 1985, and completed flight training in Pensacola," said Lt. Christina Sears, a Navy spokesperson told ABC News.

"She served at the Tactical Electronic Warfare Squadron (VAQ-34) in Point Mugu, Calif., as an instructor pilot flying the EA-6B Prowler and F/A-18 Hornet," Sears said.

Shults graduated from flight school in 1989 and then served with Tactical Electronic Warfare Squadron 34 (VAQ-34) until she left active duty in 1993. According to ABC News, she was trained at a time when female pilots were not allowed to fly with combat units.

Even though she was among the first female Navy pilots trained to fly the F/A-18 Hornet, she was assigned to fly in an electronic warfare training squadron instead of an aircraft carrier like her male counterparts.

In a March 1993 interview with the Navy's All Hands magazine, Shults said, "It would be nice if they would take away the ceilings [women] have over our heads."

"In VAQ-34, gender doesn't matter there's no advantage or disadvantage," she said. "Which proves my point - if there's a good mix of gender, it ceases to be an issue."

The restrictions on female pilots flying combat missions were lifted shortly after the article was published. Shults had already left active duty by that time.