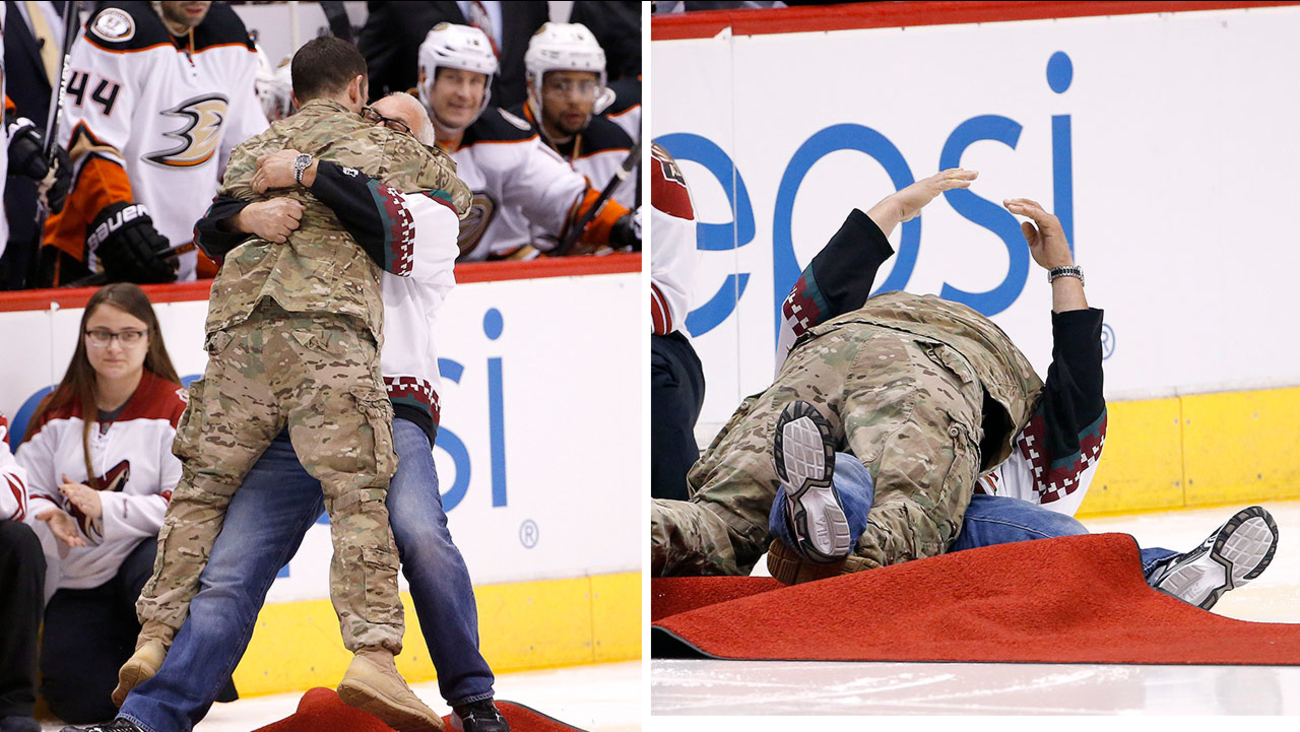 GLENDALE, Ariz. -- What do you get when you cross an ice hockey rink with a dad very surprised to have his son home from duty? One painful-looking but incredibly heartwarming reunion.

The parents of U.S. Army Sergeant Dan Urman were asked to drop the ceremonial puck during the Arizona Coyotes game against the Anaheim Ducks Saturday. Ronit Urman and Eitan Urman, who are season-ticket holders, obliged. They weren't told that there would be a guest involved.

When the couple went out to join the ceremony, the announcer told them there was a special guest coming to greet them: their son, home from Afghanistan.

Mr. Urman could not contain his excitement when he caught sight of his son. After falling to one knee, he stood and raced across the carpet laid out on the ice to meet him. The carpet, though, was not enough to stop his momentum and Mr. Ulman -- and his son -- went tumbling to the ground.

If either was hurt in the fall, they didn't seem to mind. Both jumped right back up and hugged again. Mr. Ulman continued to express his shock by placing his hand over his heart as Mrs. Ulman also embraced their son.